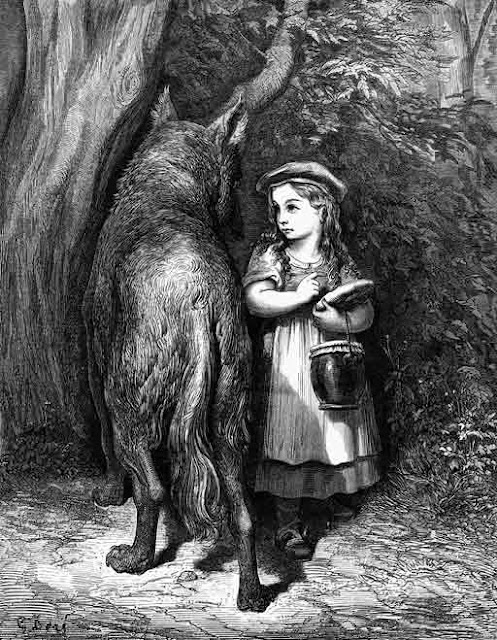 Ilargi: Haven’t we been here before?

It’s the sort of question you would expect a child to ask in one of those Grimm Brothers fairy tales, a child that walks so far into the woods that it gets lost, and takes another wrong turn and then another, and the forest feels denser and darker all the time, and it doesn’t even run around in circles to return to its trail of breadcrumbs, or it doesn’t know, because they’ve all been eaten by the animals. And then night falls slowly.

That’s how I increasingly picture our financial situation. We march forward full of faith and feigned innocence into uncharted territory, telling ourselves we will and must find a way out of this mess, boosted by the high priests of our economic belief systems, the media, economists and politicians.

The children in the fairy tales always escape from the dark in the end, but we’re not those children. Getting lost in the woods because you ignore the warnings is in general not an act of bravery, but one of stupidity.

Characters in fairy tales serve to teach their young readers and listeners a lesson about the morals of their societies; these characters don’t perish, they get saved because they timely see the errors of their ways. A morality tale.

But whereas the children in these fairy tales go gently into a good night, we go blindly into a bad one.

Perhaps it’s fittingly ironic that this time around the rally came before instead of after the announcement by ECB president Mario Draghi of €489 billion in cheap loans for European banks. It fits right in with all the other things we get totally the wrong way around. About 60% of those loans, by the way, are just regurgitated old stuff.

Looking at what they have come up with in episode 1001 of the bailout drama, and just a brief look will do, there’s one conclusion and one only: what they say is not what they think.

The ECB claims that it “hopes” the banks will use the money to purchase peripheral debt, but the ECB knows they won’t (and what sort of €489 billion deal depends on “hope” only?). It knows, because the ECB itself, along with other parties, has refused to guarantee that debt.

It may be presented as a good deal, but borrowing at 1% to get a 5% return is not all that attractive when you have a 50% chance of an 80% haircut. Or something along those lines.

The ECB also said they hope banks will use the money to loan out to consumers. Just as big a pile of doo-doo. Banks are shedding assets like they’re fleas, because they need reserves. That is a solvency issue. Being able to borrow ever cheaper while handing out ever more doubtful collateral addresses a liquidity issue.

There are a few things that this sort of lending will indeed achieve. It will gobble up bad assets from private banks and transfer them to the risk of the public coffer. Nothing new there. The child just gets deeper into the forest, and the light starts fading. A step by step process perceived as progressing so slowly, it raises no alarm. It’s still morally repugnant, but who in charge of this thing has any morals left at all in the first place?

Another effect of those €489 billion is that the divide between the ECB and Germany, in particular its central Bundesbank, will widen, and substantially so. Which endangers the entire Eurozone project.

Whatever plan Europe comes up with, be it the European Financial Stability Facility or the European Stability Mechanism, or this latest one from the ECB, there are only two countries left to carry the vast majority of the risk and the burden. One of those countries, France, will soon be downgraded. So will its banks. This will lead to a downgrade of the EFSF and, if there’s still time, the ESM.

There will at that point be one country left to carry the entire rest on its shoulders. Germany’s allies and relatively strong partners, Holland, Finland, are way too small to do any heavy lifting. Moreover, Holland is on the verge of a housing collapse.

The EFSF needs to be funded; it can only spend what it has received. Europe has been unable to agree on expanding the Facility. Which is why the ECB now comes with its loan plan. Which did lead to a market rally, but that rally fizzled as soon as the plan was announced, even though it was at least €100 billion larger than expected.

So France soon will no longer be a net contributor to the EFSF. Which is one of the main reasons the expansion didn’t materialize. Hence, it’s all Germany’s responsibility, and Germany is smart enough to understand it’s not strong enough to bear that responsibility.

And then out of left field comes Mario Draghi handing out half a trillion euros in loans to 523 different European banks that on average are just about to draw their last breath, selling off profitable assets because they’re all buyers are interested in, and keeping the lousy ones, which they now can pledge to the ECB, with a huge chunk of the risk involved landing squarely on the shoulders of the German citizenry.

The chance that Berlin will now look even a lot more serious at cutting its losses while it can has become much bigger with Mr. Draghi’s first substantial act as ECB president. It’s deceptively simple, really. Germany can’t guarantee Greek and Italian and Spanish debt with the risk waiting in the wings of France slumping badly. Not without risking its own wealth, its own coherence as a society, in the process.

Staying in the metaphor of the child lost in the darkening forest (and yes, the Grimm brotheres were German), it’s like the child, after taking yet another wrong turn, has stumbled upon a big bad wolf.

And though it’s already getting almost too dark to see, the last thing the child does notice is that the wolf looks nothing like its sweet old grandmother.

Home › Forums › The forest feels denser and darker all the time