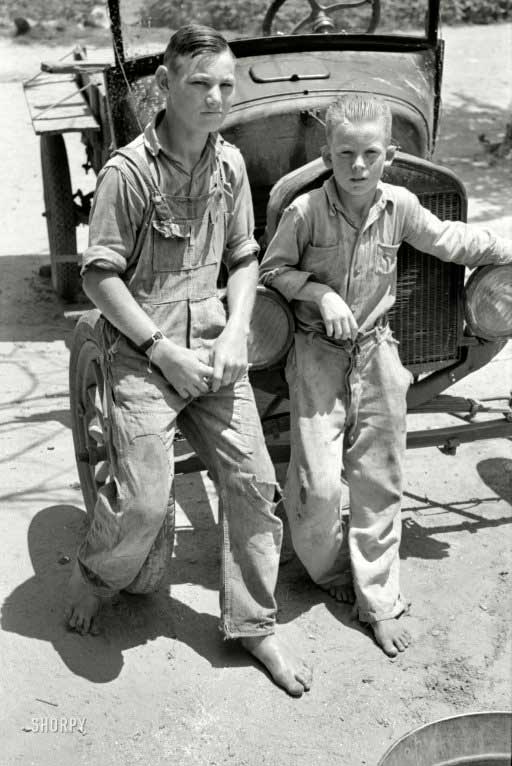 Most politicians, bureaucratic officials, business “leaders”, mainstream academics and media pundits in the world are stuck in a single-scale mindset. They approach every problem and issue from the perspective of a human being looking out into an increasingly inter-dependent global society. They take the structures of extensive trade, multinational corporations, global regulatory institutions, international treaties, etc. as irreversible truths that are embedded into the very fabric of existence.

Indeed, the complexity fueled by abundant energy and credit is an addictive force. No one wants to approach and “solve” a problem by back-tracking to simpler strategies than what came before them. That also includes many of the people living on the main streets of the developed world. It is almost heretical to suggest that we re-formulate our conception of national and global progress and embrace policies/initiatives that are aimed towards decentralization and simplification.

One thing people can do to start thinking in multiple scales is to adopt the perspectives of other living beings in our mind. I’m not asking anyone to start thinking like other beings, because that is rather difficult, if not impossible. What I am asking is for others to imagine how we, as human beings, would be viewing the world if we existed at their scales. Perhaps you become the member of an ant colony that views a small pond as a vast body of water to circumnavigate or a set of rocks as a sprawling mountain range.

Maybe you are a whale that must traverse many miles of ocean every day to acquire food, while relying on echoes instead of eyesight to know where you’re going. Different “scales” is typically synonymous with different sizes, but it can also include different modes of existence, forms of socioeconomic organization, etc. The point is to cycle through as many different scales of perspective as possible and not to get trapped within one. In doing so, we may come across answers to our daily problems that are outside of our scale-dependent boxes and otherwise elude us.

Perhaps with such a multi-scale perspective, the Eurozone Mafia would be less prone to confront any and all issues with more bank bailouts, more austerity for the masses, more complex and self-referential alphabet soup policy mechanisms (EFSF, ESM, LTRO, etc.) – i.e. more of the same old stuff that has one and only one goal in mind – to preserve the “too big to fail” financial system. The institutions of this system and the functions they provide are treated as a given; an inescapable machine that, if anything, must be tweaked into optimal performance.

Instead, they should see how this extravagant machine is destroying the economies and social fabric of an entire continent; how it is making life extremely difficult at the scale of individuals who are simply trying to navigate through the risk-infested waters and make it back in time for supper. Rather than endless rhetoric about European integration, fiscal compacts, economic “recovery” and the prospects of job creation, the Europeans and Americans need to hear about why all of those things are now part of a fundamentally broken paradigm that cannot be patched back together.

Structural unemployment is here with us to stay, and will not get better no matter how much cheap liquidity is pumped into the financial system or how much rhetoric is spewed out during the election season about “jobs programs”. The latest non-farm payroll report for March clearly shows that the unemployment situation in the U.S., as measured by long-term unemployment, underemployment and level of unemployment, is beginning to deteriorate even when the numbers are massaged and the economy is allegedly growing. Here is ZeroHedge on the rate of job creation needed to simply pull us back to where we were before the crisis:

This is the latest tally: since the start of the Second Great Depression, the US has lost a total of 5.2 million nonfarm payroll jobs, beginning with 138 million jobs in December 2007, and printing at 132.8 million as of 90 minutes ago. So far so good. The problem, however is that the denominator in the equation is not fixed, and as everyone knows the US labor force, despite the ridiculous BLS data fudging, is growing in line with population, albeit at a slower pace. According to all non-partisan budget forecasters, each month the labor force should be adding 90,000 people. Which in turn means that since December 2007, the labor force has really grown by 4.6 million. Adding these two together leads to a 10 million job deficit. So what has to happen for these 10 million to get promptly put back into jobs, and for America to get back to the ~5% unemployment rate it boasted just as the credit bubble peaked? Nothing too crazy: the country just has to create 262,000 jobs every month for the remainder of Obama’s first, and now, by the looks of it, second term too. We are quite confident he can handle it.

The truth is that it is too late for these structural unemployment issues to be resolved at the scale of our national and global systems – they will persist no matter what anyone does. Therefore, we must accustom ourselves to a scale of society in which full and continuous employment is a luxury, and creative means of applying one’s skills/effort is a virtue. We must no longer think in terms of entering a general “workforce” and being defined by our career in perpetuity, but rather in terms of finding the cracks and crevices of society through which we can maneuver at any given time.

Instead of figuring out ways of putting up financial “firewalls” for Italy and Spain, and siphoning money from taxpayers/workers/pensioners to recapitalize the banks, our policymakers should be figuring out ways of insulating populations from the effects of the natural and inevitable downsizing of the global financial industry, which will include systemic bankruptcies, greatly reduced economic growth, high structural unemployment and social unrest. We must look to our local governments, organizations, businesses and neighbors that may have the ability to help our communities endure a paradigm shift of epic proportions.

The people in these communities need to hear that only those who adopt a flexible, multi-scale perspective will be able to physically and mentally prepare for the future in any meaningful way. Get unstuck from the mindset in which everything is viewed in the context of an ever-growing, technological society that provides entertainment and comfort to all of those within its borders, and start to embrace the possibility of viewing your world in an entirely novel way, at many different scales of resolution. It starts with a confrontation of and change in one’s own mentality and structures of thought, and it only spreads wider from there.