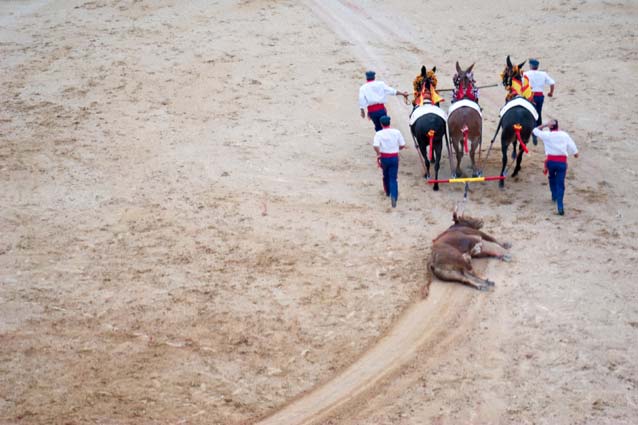 Production and exports are plummeting in Italy, Holland, Finland, Germany, just about anywhere; in China, production growth falls sharply. But your "leaders" will keep on talking about restoring growth, recovery etc. Spain will – secretly – ask for some $200-300 billion in bank bail-outs on Saturday (and get much less, the Wall Street Journal reports it will be €125), and 24 hours later play its first game in the Euro Cup, for which it's the great favorite.

The potential Spain bailout will need to be financed through EFSF bonds. The IMF has stated that the banks will need €40 billion, but that number looks ridiculously low. €40 billion every week over the entire summer sounds more like it.

Is a Spanish bail-out viable?

Megan Greene, from Roubini Global Economics, says Spain's banks will need up to €250bn – a claim that no longer looks extreme. New troubles are emerging daily. The Bank of Spain said yesterday that Catalunya Caixa and Novagalicia will need a total of €9bn in new state funds.

JP Morgan is expecting the final package for Spain to rise above €350bn, while RBS says the rescue will "morph" into a full-blown rescue of €370bn to €450bn over time – by far the largest in world history.

But then there's always that nasty and inconvenient question:

"Where is the money going to come from?" asked Simon Derrick, from BNY Mellon. "Half-measures are not going to work at this stage and it is not clear that the funding is available."

In theory, the European Financial Stability Fund (EFSF) and the new European Stability Mechanism (ESM) can raise a further €500bn between them, beyond the sums already committed to Greece, Ireland, and Portugal. "There is sufficient firepower available. In addition, the EFSF/ESM can leverage resources," said Christophe Frankel, the EFSF's chief financial officer.

In theory, sure, Europe can further leverage and rehypothecate till Kingdom Come. But only in theory. The EFSF depends on international finance markets for their bond issues. Leveraging collateral won't exactly help it build or restore credibility there. And that's not all:

It may not prove so easy to convince global investors to mop up large issues of debt. "Our clients won't touch the EFSF because nobody knows what it really is. They have cut it out of their benchmarks altogether," said one bond trader.

The Chinese issued their own verdict yesterday. The country's sovereign wealth fund said it will not buy any more debt in Europe until the region takes radical steps to restore credibility. "The risk is too big, and the return too low," said Lou Jiwei, the chairman of China Investment Corporation. "Europe hasn't got the right policies in place. There is a risk that the eurozone may fall apart and that risk is rising," he told the Wall Street Journal. The EFSF had hoped to sell yuan "Panda bonds" but this may prove hard.

Eric Dor, from the IESEF School of Management in Lille, said Spain would have to step out of the EFSF as a creditor the moment it asks for funds. This has instant effects on the residual core. Italy's share rises from 19pc to 22pc, and Italy is in no shape to face extra burdens. France's share rises from 22pc to 25pc, and Germany's from 29pc to 33pc.

"The credibility of the guarantees given to EFSF bonds would collapse. This would cause an incredible turmoil on the European sovereign debt markets," he said. [..]

If you think this through, and include Italy ceasing to be a Eurozone emergency fund creditor, with other countries on the verge, you're left with Germany in the not too distant future paying over 50% of what's needed to "save Europe". If the Germans accept that at all (they probably won't), it will do so only with very stringent strings attached, like a much stronger political and fiscal union effectively run by Berlin. There is zero chance of a consensus for that in all member countries.

Any rescue must be a loan to the Spanish state, even if the money goes to the bank restructuring fund (FROB). The cost will push Spain's sovereign debt even higher .[..]

The fund placed a three-year bond last week at 1.116pc, compared with 0.15pc for German three-year debt, or 0.69pc for French debt. In effect, the EFSF is already paying a premium, and that was before the Spanish crisis had fully metastasized.

The permanent ESM may have more luck when it comes into force next month, since it will have €32bn of paid-in capital and a stronger mandate – but it still bears the stigma of EMU break-up talk. "If they want anybody to the buy the rescue bonds, they should make them redeemable in the German currency on the day of the redemption: let us call them D-Mark bonds," said Charles Dumas, head of Lombard Street Research.

The Spain bank bailouts, if they happen, will be a temporary "solution", more like a bank band aid, and it will, for one thing, do absolutely nothing to alleviate the (debt-)pressure on the Spanish government, let alone its regions, which are also miles over their necks in debt (re: China). Nor will it do anything at all to help the over 50% of unemployed young people find jobs.

Which means that all hope of recovery or growth in the Spanish economy remains a lost and lonely mirage for many years to come. Which in turn guarantees that all numbers used to figure out the right number of billions for the banks will turn out to be hugely over-optimistic. And that of course guarantees more talks and more bailouts in the future.

One of the smartest things I read the past week was the assertion that it doesn't make one iota of difference who wins the June 17 Greek elections; just like in Spain, Greece's economy is getting so much worse so fast that any and all treaties concluded in the past will need to be renegotiated regardless of what anyone claims.

The idea is that if the "traditional" parties win, which support the "Troika treaty", all will be fine, but that's just a load of doo-dog-doo. Everything Europe and the IMF have come up with so far has been one too many mornings and a thousand miles behind the reality that underlies what they're talking about in the first place. If they would address the actual reality, nobody would show up at the negotiating table anymore. And the Spanish people would perhaps not quite as peacefully stay home to cheer their team.

And now that we're asking questions, answer me this one: where's the growth going to come from that your leaders are dangling before you?

Tick 'em off: not from Spain, not from Greece, that's the easy ones. Not from the PIIGS. And not from the FANG countries (Finland, Austria, Netherlands, Germany): their production numbers are falling as we speak. Not from the US, which are hopelessly stuck in their unemployment swamp (officially and unofficially), which have a housing market that has a long way down ahead yet even with (or because of) 40 million underwater "homeowners“, and which have so much government debt only divine intervention would offer solace (which is perhaps why so many Americans attend church). And not from China either, where numbers are falling so hard a soft landing looks like a faraway dream.

This is a classic Mexican stand-off. Europe can't afford to save Spain, and it can't afford to not save it. I've said it before: there is no solution for Europe. In its battle for credibility, it destroys that very credibility, since it has no choice but to expose its weaknesses in the process.

Weaknesses like Germany's potential inability to pay for bailouts. Satyajit Das writes this:

The standard narrative states that Germany does not want to bail out troubled peripheral nations within the euro zone. The reality is that the more highly rated and larger euro zone members, Germany and France, may not have the necessary financial resources for the task.

• Germany and France’s greatest vulnerability is the large financial exposures arising from the current European debt crisis. Their exposures to the troubled peripheral economies are large. German and French banks have exposures of around €800 billion to the debt issues of peripheral nations.

• The German and French states have indirect exposure through support of various official institutions such as the European Union, European Central Bank, the International Monetary Fund and special bailout funds. As of April, the exposure of the ECB to Greece, Portugal, Ireland, Spain and Italy was €918 billion and rising rapidly, driven by capital flight from these countries.

• German and French guarantees supporting the European Financial Stability Fund are around €200 billion each.

• Germany also has the additional burden via the Bundesbank’s €644 billion exposure to other central banks in the euro zone under the TARGET2 (“Trans-european Automated Real-time Gross Settlement Express Transfer System”), which is designed as a payment system to settle cross-border funds flows.

Surplus countries such as Germany have been forced to use TARGET2 to finance peripheral countries without access to money markets as a way of funding trade deficits and offsetting capital flight. Germany is by far the largest creditor in TARGET2. The Netherlands, Finland and Luxembourg are the other creditors, with all other euro zone countries being net debtors within the system.

.. [greater monetary and fiscal integration] would require mutualization of debt through the issue of euro zone bonds backed jointly or severally by all member states. Germany’s and France’s financial exposure would increase through their liability for euro-zone bonds.

• Germany’s TARGET2 exposure would also continue to increase, at a rate of €80-160 billion annually to finance expected trade deficits in the rest of Europe. The increase in exposure may be higher if needed to finance budget deficits of weaker euro zone members and the anemic banking sector.

• A credible deposit insurance scheme would have to be around €1.3 trillion in size. A European deposit guarantee system, provision of capital or further funding of banks would potentially increase Germany and France’s financial liability.

• If integration is not undertaken or the partial solutions fail, then some European countries will need to restructure their debt and potentially leave the common currency. Germany and France would suffer immediate losses. A Greek default would result in losses to Germany of up to €90 billion. France would suffer losses of up to €65 billion.

The BBC reports that Spain has restated again on Saturday morning that it doesn't need or want a bailout, at least not before a domestic stress test which will be made public 2 weeks from now. However, the EU and ECB want it all done in one week, before June 17, the Greek election. It will be. But once again, nothing will be solved when it is.

Still, the Eurozone countries are stuck with each other and with nowhere to go. But down.

Greece can't leave, or be allowed to leave, because other countries (the PIIGS) would follow. Either of their own will or because the bond markets would force them. It's possible that Germany et al. could at some point think a Greek exit could be controlled, but that would be a huge miscalculation.

The only thing that's certain is chaos.

It's a restless hungry feeling
That don't mean no one no good
When ev'rything I'm a-sayin'
You can say it just as good
You're right from your side
I'm right from mine
We're both just too many mornings
An' a thousand miles behind.
Bob Dylan