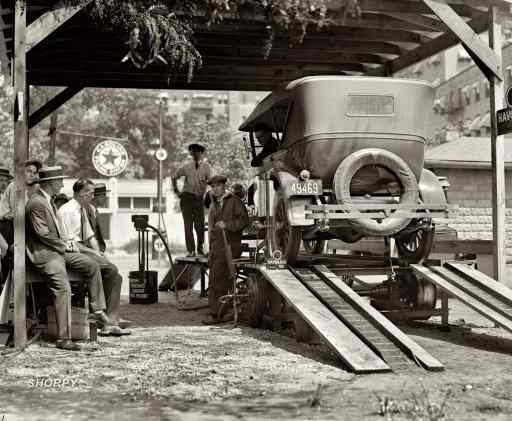 Ilargi: As British government borrowing has risen an astonishing 75% (!) in one year (what would the country have looked like without that?), a consensus emerges in the US to expand the budget deficit, and dramatically. Everybody still believes that is is indeed possible to borrow their way out of misery. The only other places where you can find this sort of thinking is in casino’s and crack-houses.

There is a completely unfounded and utterly irrational picture of the world being touted that claims all will be fine, and soon too. When the economy rebounds, in that familiar imaginary place that’s just around the corner beyond the horizon, the wonderful certainty of unbounded growth will dissolve all debt and make us richer than we’ve ever been before. All of us.

It would not be correct to call this a fantasy. It is much more. It’s religion. It’s chasing the golden calf. And it does not condone critical views and questions. Growth is such a powerful deity that taking on additional, even unlimited, debt, in order to get to the promised land tolerates no scrutiny, a principle not unlike the mind-frame of your everyday suicide-bomber.

Growth, in the eyes of its believers, knows no more limits than do the powers of any of the all-seeing ever-present gods found in the monotheistic religions, Judaism, Islam and Christianity. The faithful growth flock, after having grown from A into A+, accumulating already seemingly infinite earthly possessions, blindly follows their shiny calf along its unidirectional and one-dimensional path to more of the same. The Lord of More. And as long as no questions are ever asked, the only limits will be those imposed by another deity, Gaia.

I have a question. I would like to know why no-one ever asks what exactly is is that they wish to grow into. Where it is they want to go. We have all seen the surveys that show, without missing a beat, that the happiest people on the planet do not live in the richest communities, but in the closest knit ones. Happiness is not two and a half people in a 10000 square foot mansion with wall-size TV’s and a garage filled with vehicles modeled after rhinoceroses.

So why do the faithful of the Lord of More keep chasing the glittering bovine?

They do because they know of no other reality. They do because their brains are genetically preconditioned for lies and deceit. What we think sets us apart from everything out there that is alive, this quality we call consciousness, comes at a bitter and fatal price. You cannot be ‘fully’ aware of ourself and others without being able to fool yourself into thinking that you are better and more than you really are.

The best example, I think, of this, can be found among those of us who have witnessed man’s true nature, that of the by far cruelest creature to ever walk this earth. Nobody who survived a concentration camp would be able to ever sleep again, let alone continue to live, if there were not a built-in mechanism in their neurons that allowed them to forget, to tell themselves everything is going to be better from here on in. And yes, the same works for the perpetrators of all that is heinous.

This is why we have such a need and desire for tomorrow to be more, better, than today. It provides justification for whatever it is we do to others, and for what they do to us. The notion we call hope, the idea that in the future our dark sides will be no more, feeds the ultimate religion. The Lord of More.

Unlimited economic growth, therefore, is the perfect fit for who we are. Even though we can easily rationally understand that the principle of always more is ridiculously impossible, and fatal to our survival, we cannot escape the trap it lures us into. The human mind is as unidirectional and one-dimensional as the religion of More.

And we have no choice but to lie to ourselves about that. We must believe that we do the things we do because our rational brain tells us to, even though, when we take a step back, we are all perfectly capable of seeing that it just ain’t so.

Today, in a sort of ultimate tragedy, we convince ourselves that it is possible to take on more debt in order to get out of debt, as long as there is more growth awaiting us in our fantasy future. It’s no more than yet another lie we can’t escape, simply because we can’t escape who we are.

The Lord of More will always in the end leave you with less.

Home › Forums › The Lord of More