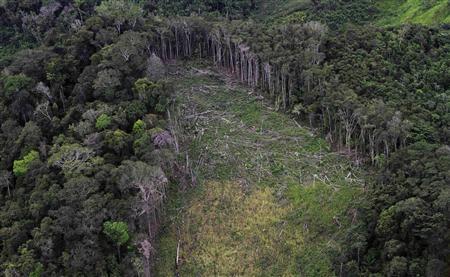 Personally, I don’t have much to say about today’s U.S. Jobs Report… it was a trade-off of fake QE money for fake jobs before the elections. The ruling politicians decided to go with the latter once again (statistically adding 400k+ jobs to the print), so the fiending markets and investors will have to sacrifice the former. [see Who Killed the Money Printer?]. What I’m more concerned with today is a story out of Reuters about how Brazilian federal authorities have decided to sacrifice the Earth’s largest and most precious tropical rainforest for short-term economic growth.

As a part of an ongoing and comprehensive deregulation scheme, President Dilma Rousseff has ceded much of Brazil’s authority over rainforest protection to local officials, who are often severely conflicted. The federal protection agency Ibama has shuttered more than 50% of its field offices and has taken any threat of sanctions for environmental violators with them. Here is the story of one local official who now finds himself trying to protect the rainforest by morning and mine for gold in it by afternoon and night.

Ivo Lubrinna has been wildcatting for gold in the jungle here for more than 30 years. It’s a notoriously messy business, as crews strip away topsoil in the forest and along riverbanks and use mercury and other pollutants to draw precious metal from mud.

For the past two years, Lubrinna has held a second job: environment secretary for this riverside city of 100,000 people, gateway to the oldest national park and half a dozen nature reserves in Brazil’s vast Amazon wilderness. As such, it’s his job to protect the area from the depredations of loggers, poachers, squatters – and gold miners.

His dual role neatly divides his workdays: morning as regulator, afternoon as miner. “I have to be good early in the day,” the burly, bald 64-year-old says in his stand-at-attention baritone. “In the afternoon, I watch out for myself.”

Until recently, the seeming conflict of interest wouldn’t have mattered much in this free-for-all frontier of lax law enforcement and often-violent conflicts among interests competing for land and resources. It was the job of Ibama, Brazil’s widely respected federal environmental agency, to police the Amazon as best it could.

But last year, President Dilma Rousseff authorized a change that ceded much responsibility for environmental oversight to local officials. Of 168 Ibama field offices operating a few years ago, 91 have been shuttered, according to Ibama employees. Lubrinna says Ibama agents used to fine him and other miners for violations. Now, he leads a team that inspects wildcatting sites. So far, he says, he has levied few fines.

The shift to local control is one of many changes implemented under Rousseff’s administration that, taken together, constitute an all-out retreat from nearly two decades of progressive federal environmental policy. 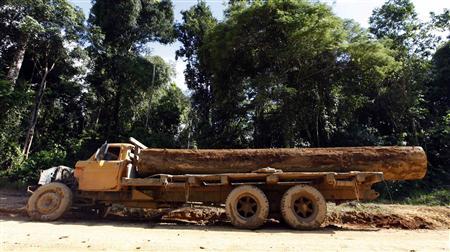 So here we have the one and only example of a central government willing to decentralize its authority in recent years, and it’s unsurprisingly in the one sphere of society where decentralization is an extremely bad thing. The guy overseeing regulatory duties for a city of 100,000 people, next to Brazil’s oldest national park and six nature reserves in the Amazon, works as a gold miner for a living – what else is there to say?? Hank Paulson couldn’t have cooked up a more conflicted set of circumstances.

The justification touted by President Rousseff, of course, is “economic necessity”.

In the 19 months since Rousseff took office, longstanding rules that curtail deforestation and protect millions of square kilometers of watershed have been rolled back. She issued an executive order to shrink or re-purpose seven protected woodlands, making way for hydroelectric dams and other infrastructure projects, and to legalize settlements by farmers and miners.

And she has slowed to a near halt a process, uninterrupted during the previous three administrations, of setting aside land for national parks, wildlife reserves and other “conservation units.”

The president is clear in her reasoning: Unleashing further development in the Amazon rainforest, an area seven times the size of France, is essential to maintaining the sort of economic growth that over the past decade lifted 30 million Brazilians out of poverty and made Brazil the world’s sixth-largest economy.

The government intends to build 21 dams in the Amazon through 2021 at a cost of 96 billion reais ($48 billion), as planned under Rousseff when she was still working for her mentor and predecessor, President Luiz Inacio Lula da Silva. The dams are necessary, she says, to meet the energy demands of Brazil’s growing consumer class.

That message resonates with many Brazilians. Rousseff enjoys an enviable approval rating of 77 percent, according to a June poll.

She also received 83 percent of her campaign contributions for the 2010 election from corporations, mostly food, agriculture, construction and engineering businesses poised to benefit from opening the Amazon wider to development, according to a review of electoral filings by Jose Roberto de Toledo, a blogger and data analyst.

Look, we all understand the grand economic visions of the rapidly “emerging economies” that wish to transform themselves into “powerhouse” corporate middle-class consumer nations just like America. It’s exactly what Morris Berman was talking about when he wrote “permanent growth = permanent crisis“. Everything else about poverty, energy scarcity, meeting consumer demand and all the rest is simply colored bubbles. I’ll even naively accept that Roussef’s intentions are wholesome here (despite 83% of her 2010 campaign funds coming from corporations that will benefit greatly from deregulation), but the results of her policies are still guaranteed to be horrendous for everyone involved. 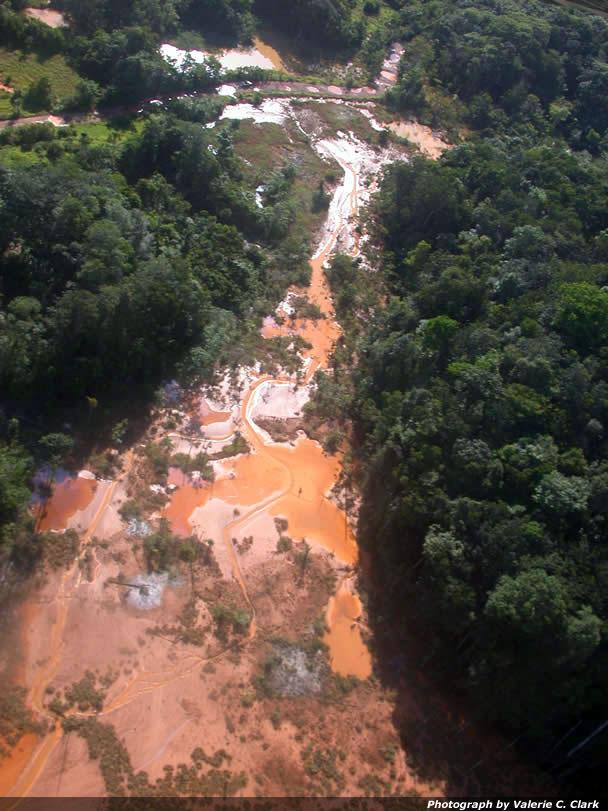 Brazil’s well-established environmental movement is aghast. Rousseff’s policies, they say, endanger the world’s largest rainforest, the storehouse of one-eighth of the planet’s fresh water, a primary source of its oxygen and home to countless rare and undiscovered plant and animal species, as well as tens of thousands of native tribespeople. The short-term economic gain, Rousseff’s critics say, isn’t worth the potential long-term cost to the global environment, as well as Brazil’s economy.

“This is a government willing to sacrifice the resources for thousands of years in exchange for a few decades of profit,” says Marina Silva, a former environment minister and a pioneer of Brazil’s green movement.

Already, the rush to exploit the region has spawned flashpoints.

The best-known is Belo Monte, a 26 billion real ($13 billion) project to build the world’s third-largest dam on the Xingu River, an Amazon tributary in Para, the state where Itaituba is located.

The subject of intense media coverage, court challenges, and high-profile opposition from the likes of Hollywood director James Cameron, Belo Monte will displace thousands of tribespeople. It is already luring thousands of migrants to the jungle outpost of Altamira, transforming it into a boomtown where prices for food and real estate have more than doubled in the past year.

In Acre, the westernmost state in the Brazilian Amazon, the retreat of Ibama agents has opened the door to incursions and infighting among loggers and drug traffickers from nearby Peru, threatening Serra do Divisor, a park created a decade ago.

And in the northeastern state of Maranhao, ranchers, loggers and natives clash frequently around the Gurupi wildlife reserve. There, illegal logging has affected as much as 70 percent of the reserve’s woodland, a process that scientists say is hastening expansion of the more arid climate in Brazil’s far northeast.

In January, Rousseff announced her executive order that slices chunks of territory from Amazonia and six other reserves to make way for dams and legitimize illegal settlements. Even though the measure still faces several court challenges, Congress signed it into law in June.

The hydroelectric dam on the Tapajos River will inundate a large swath of woodland upstream, as well as Pimental, a village of about 800 fishermen and small farmers on the eastern bank of the river at the dam site.

Villagers are angry that the government has yet to provide details about the dam, whether they will be moved or compensated, or how the process might unfold. “We are completely in the dark,” says Luiz Matos de Lima, a 53-year-old farmer and grocer in Pimental.

We don’t have to pretend that countries like Brazil are not stuck between a rock and a hard place when it comes to balancing environmental and economic issues, because they most certainly are. What we can do, though, is recognize that it is ethically irresponsible and practically foolish to continue digging yourself and the world a deeper grave for the sake of superficial appearances. Just like the selfish American Dream, the Brazilian Dream is one that was never meant to be and should not be further pursued. These “dreams” are like Frankstein’s Monster – the last thing we need is to go around creating more of them, but that’s exactly what we’re trying to do.