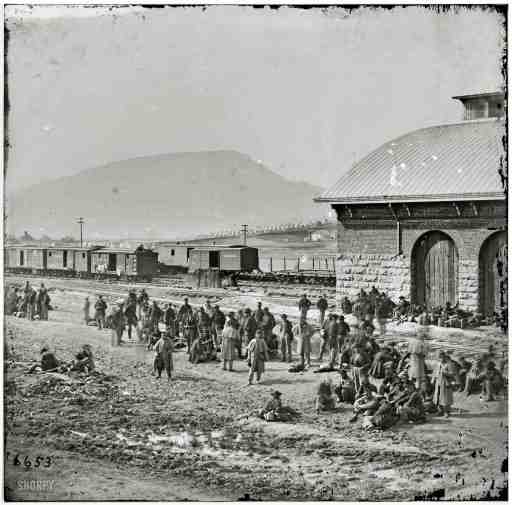 ”It is all but inevitable that we shall see serious political and geopolitical upheavals in 2009, as the recession takes its toll on weak governments (Thailand and Greece are already reeling) and raises the stakes in inter-state rivalries (India-Pakistan)”.

In the same vein, Stoneleigh looks ahead at the equally inevitable upcoming wars in the labour markets. Millions upon millions of people around the globe will lose their jobs in the next year, and many if not most of the lucky ones who will still be employed can expect drastic cuts to their benefits and salaries. Since governments at all levels, if only to prevent having to fire employees, will try to raise taxes at the same time that people get poorer, widespread mayhem is guaranteed. And that’s before people start figuring out what happened to their savings and pensions.

As regular readers know, I’ve often asked questions concerning the legitimacy, or even the legal status, of a government that loses control of its economy. Today, with small but rich Belgium out for the count, I can’t help wondering what it would take to bring down the governments in countries like China, Japan, Britain, Germany, Canada or the US.

NOTE: My news of the day is that $550.000 worth of previously confiscated, illegally imported, caviar, 40 kilos (90 lbs) of it, has been donated by the police in Milan, Italy, to be handed out for Christmas to those living in the streets of the city. Nice! You have to realize that yes, if they could sell it, much more could be done. But the stuff is illegal, so selling is out. And throwing away, someone figured, is silly if you can instead make the kind of gesture they decided on.

Stoneleigh: The attempts on both sides of the US-Canadian border to bail out the auto industry are a taste of things to come for many other sectors. The cuts that unions will be required to agree to will be very significant, probably unacceptable to the membership, and ultimately will not be sufficient to save the companies in any case. Bailouts can postpone, but not prevent the recognition of losses that have already occurred.

In order to shed light on why the current situation will be so divisive, we return to an important distinction – that between nominal and real terms. During inflationary times (ie where the money supply is increasing relative to available goods and services), people do not notice their purchasing power being eroded, as they only see their pay in nominal terms. They collect their annual wage increases and almost never notice that inflation usually consumes that increase and then some. In real terms, the change in their purchasing power would be the increase minus inflation, where inflation is usually the larger factor, especially if the full effects of credit expansion are factored into the inflation figure rather than just the CPI.

Moderate inflation serves to dull the perception of economic decline, so that unrest is less likely. For instance, since the year 2000, the money supply approximately doubled by conventional measures, and the increase would have been even more substantial had the effects of shadow banking on credit expansion been included. In other words, unless one’s pay doubled then purchasing power was substantially eroded. However, the effect was obscured by a substantial fall in the price of goods, thanks to price pressure imposed by global wage arbitrage.

Rising prices are typically a lagging effect of inflation, but only where other factors do not interfere. As the costs of production were falling, with jobs out-sourced to the third world, prices were forced down even  in the face of inflation. This means that in real terms, the price of many goods was plummeting. Thus people didn’t notice what was happening to their wages in terms of everyday goods, but they did notice the skyrocketing price of assets such as real estate. Only access to cheap credit prevented people from being priced out of asset markets, but that cheap credit was a trap that led to debt slavery.

During deflation (ie a fall in the effective money supply relative to available goods and services), there is no disguising economic malaise, in fact its appearance is enhanced. As the value of money increases, wages would have to fall in order for purchasing power to remain the same, but people will do not tolerate falling wages well, especially when their own budgets have been increasingly squeezed by the demands of debt repayment. They think in nominal terms, not real terms. To compound the problem, employers, who are also being squeezed, cannot afford to pay wages that leave purchasing power where it used to be. They will need to pay wages that amount to a cut in purchasing power, a cut that in nominal terms will look far worse than it actually is. This is very likely to lead to unrest.

Unions are unlikely to agree to cuts of the magnitude that would be required for businesses, municipalities and public services to remain viable. Their members have fixed costs which prevent them from working for less than a certain amount, but that amount will almost certainly be more than employers are in a position to pay. This means war in the labour markets.

My guess is that employers, particularly in public services such as education, will decide to break the unions, even at the cost of, for instance, an entire school year. I can imagine them firing all their teachers, or other public service workers, and inviting them to reapply for their old jobs at half the pay and no benefits. This is the kind of action that can easily lead to a general strike, where other unions come out in support of the particular workers under threat. The potential for extreme disruption is very high. This is yet another reason to have ready cash, stored supplies, and the essentials of your own existence under your own control to as great an extent as you can manage.