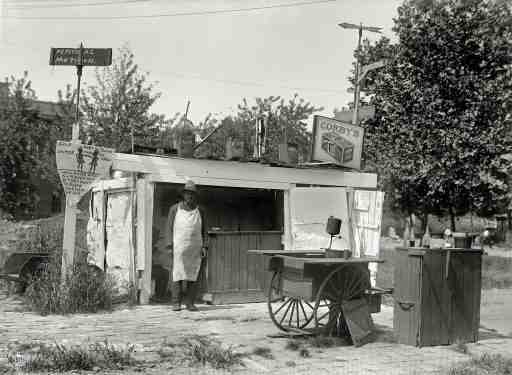 Stoneleigh: The interface between finance and energy will prove to be the most important determinant of the way the Greater Depression we are rapidly moving toward will play out in practice. For those here who may be unaware of peak oil, the point is that global oil production appears to have reached a production peak that it will not be physically possible to exceed. Oil discoveries peaked decades ago and we have since been increasing production from large existing fields using ever more complicated and expensive technology, in order to supply increasing global demand from decreasing reserves.

The production peak does not mean that oil is imminently running out – in fact there is probably half of all the oil that ever existed still in the ground, but it is the expensive and relatively inaccessible half. We can no longer increase production and production will fall over time as we continue to use up reserves which are not being replaced by new discoveries. Although discoveries continue to be made, they are few and far between, and of much smaller size than the giant fields we have relied on for so long. As they are much more challenging to produce, they rely on high oil prices in order to remain commercially viable.

One might imagine that as an essential resource becomes scarcer, it’s price would move in one direction only – up – and for a while it appeared that would be the case. However, our energy supply system is set in the context of our existing economic and financial structures. The extreme and increasing stress that these structures are under will interact with future energy scarcity with devastating effect, effectively placing a hard limit on any eventual recovery. Energy is the master resource without which no activity, economic or otherwise, is possible.

The effect of easy credit was to flood commodity exchanges with liquidity, as liquidity fleeing risky securitized assets searched for a safe haven. This pushed up the prices of all commodities beyond what could be justified, sending premature signals of scarcity that attracted even more speculative investment. In this way a bubble was formed, but bubbles always burst, and when they do, the speculative money disappears very quickly, taking price support with it. The price collapse we have seen since is partly a result of speculation in reverse, as speculators go short, and partly a result of falling demand, and that fall in demand has only just begun.

The consequence of that price plunge is a severe impact on the viability of continued fossil fuel exploration and development, and also a similarly significant impact on the viability of energy alternatives such as renewables and efficiency investments. Ilargi has long referred to this as the Law of Receding Horizons, meaning that each time alternatives appear to be reaching the threshold of viability, the combination of the price of conventional energy and the cost structure for the alternative is such that the threshold is never quite reached. Once again, energy prices are falling as costs for alternative have remained high, so that the hoped for developments will again be put on hold.

We are seeing the beginning of a global demand collapse, as the credit crunch takes an ever increasing toll on global economic activity and international trade. Already we are seeing the dire effects on shipping in the Baltic Dry index, thanks to the difficulty in obtaining letters of credit for shipments. Consumers in developed countries are tapped out and trying to repair their tattered balance sheets by cutting back, as are companies and banks. Consumption is therefore falling, which will hit exporting economies very hard indeed. They have spent vast sums, and used huge amounts of raw materials, to build what will now be shown to be an enormous excess of productive capacity. Their demand for raw materials will not recover any time soon, as there will be no demand for their products for a very long time.

For the time being, the on-going demand collapse, which has very much further to go, is causing the price of commodities, and particularly energy, to drop like a stone. This may well continue for a period of time, but the danger is that the demand collapse will lead to a supply collapse, and at that point prices will find a floor and begin to climb again. This price bottom could happen earlier in the coming Depression than would be the case for other goods and services.

Exactly when we might see the impact on supply is not clear, but I doubt if it will be all that long. Already there are many projects with high cost structures which are no longer viable. These are the projects that could have cushioned the down slope of Hubbert’s curve (the decline from peak production of oil), but will not now come on line. Although they could in theory be developed at a later date, increasing capital constraints will make financing almost impossible, hence development will be unlikely for a very long time. We will therefore continue to make do with the fields already in production, but many of those are depleting very quickly – Ghawar in Saudi Arabia, Cantarell in Mexico, Burgan in Kuwait and many others.

For a while it will be enough to sustain the much lower level of economic activity that we are headed for, but not for all that much longer, especially since there will be many other ‘above ground factors’ to consider. For instance, production infrastructure requires expensive maintenance that will be increasingly difficult to perform, separatist movements in producing countries will seek to control resources for their own benefit, productive capacity being fought over will be damaged or destroyed, sabotage by the disaffected with nothing left to lose will increasingly become a factor, and piracy will make delivery much more challenging. Living off our fossil fuel legacy will therefore become progressively more difficult.

Many governments around the world, including those of all the major powers, are well aware of peak oil. In a very real sense in a modern world, oil IS power, as there is no comparable source of concentrated, transportable and flexible fuel. Securing access to it is therefore of the utmost strategic importance. Some governments, like the Anglo-Saxon economies, have so far appeared to place their trust in the global markets and their own perceived ability to outbid the competition. Others, notably China, have been quietly arranging long term bilateral supply contracts directly with producers, thereby taking production off the market.

China’s strategy is likely to prove far superior in difficult times when international trade is drying up, the fungibility of oil comes under threat and no one can be sure of being able to outbid the competition. By the time others realize that trusting the market to provide is essentially a modern day cargo cult, they may have been completely out maneuvered. In my opinion, this will be the foundation of the coming shift in hegemonic power towards the Far East, but it will not be a peaceful transition. Resource wars are a given under these circumstances.