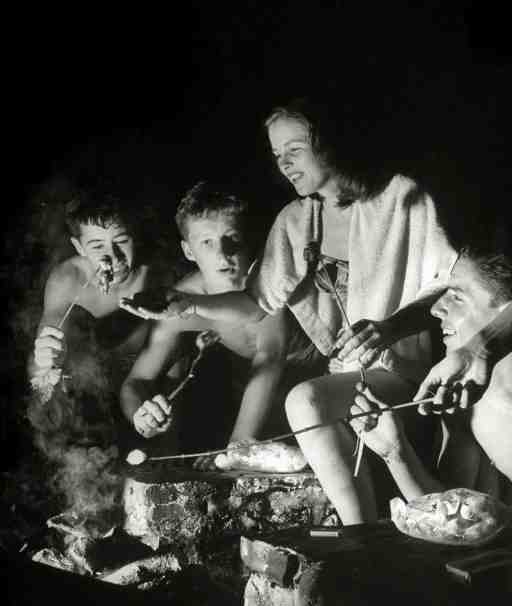 Ilargi: Obama expands his job stimulus plan, moving the goalposts from 2 to 3 million jobs to be created over a 2 year period. There are a few things that don’t add up in this. First, these are largely jobs that cost the US economy money, instead of making it richer. And that economy is already so broke that any more additional costs will weigh heavily on it. Second, the expectations for the numbers of jobs lost in the economy are rising towards a cruel, eye-popping and devastating 1 million per month for 2009, and likely beyond. Creating 3 million jobs while a potential 24 million will be lost, it’s not a very reassuring statistic.

Besides, it puts the US in a category of economies that has members in the likes of Bulgaria before the Berlin wall came down. State run, inefficient, and most of all doomed to fail. The trillions of dollars spent so far to “rescue” the utterly bankrupt US banking industry have not created a single job. The billions thrown carelessly and with eyes closed at the automotive industries of America and Canada will not save one single job either. They’ll just move the problem ahead for a few months, leaving Obama, as the proverbial patsy, to face an insurmountable issue that may well prove too much for him, perhaps as early as next year.

Still, all that could be forgiven if the current and incoming administrations would tackle the one problem that nobody dares stand up to: Toxic Assets. All of the money spent so far, all the trillions, every penny of it, will be a complete waste if these assets are not forced out of their closets. Everybody talks about the need to restore markets by restoring trust and confidence. Well, Mr. Obama, here is your key to reviving that trust. Find your own Elliott Ness, this one specialized in derivatives, get him the people he wants and needs, and start raiding the banks’ vaults, and the hedge funds, and the pension funds. Force it all out into the open. Refuse to give them even one more nickel, until all of it is on the table. All of it, not just some of it. If that doesn’t happen, the US economy will not recover, because there will be no trust and no confidence.

Would be nice, right? Well, don’t count on it. The man behind the curtain of Obama’s financial team is Robert Rubin, and his proxies are the likes of Tim Geithner and Larry Summers. These guys have one goal in mind only: to let the firms, and the very culture, that enriched them and provided them their lifestyle and friends, their yachts and mansions, and the power they so enjoy, endure. Even though they are smart enough to understand that that culture is gone, broke, bankrupt and dead, this is still the sole thing they will work towards. And they will do so at the expense of hard-working or no-longer working ordinary people.

The bankers’ view is that their culture is indispensable for the future of the world, and of America. Many of them really think that is true, they know no other world. But for the man in the street, it makes no difference if the Wall Street titans are toppled. He simply needs access to his money, to feed his family, and he needs a job to provide that money. $8 trillion could have provided much of that. But it is now gone. And we’ll never see it again, because it’s been given to institutions that have losses that are far greater than $8 trillion. In toxic assets. It is not that hard to figure out.

So where do we go from here, knowing that our governments will keep on making the wrong decisions at every stage of the game? We go towards the prospect of unemployment so vast that it hasn’t been seen since the Germany and Dust Bowl 1920’s. We move into a time where nation states and their elected governments come under pressure so intense that many will fall. I still have yet to see a country that is making adequate preparations for the eventuality that the billions and trillions spent trying to keep alive what has already died will indeed not work.

For a future in which 10-20-30% of their populations may be out of work. For a social coherence that will make it possible to provide everyone of their citizens with their minimum basic human needs. Work. Water. Shelter. Heat. Food. Health Care. In Athens, the riots of the past weeks spring from one source: 70% of young people are unemployed, have no income, no prospects and no future. That will spread to other countries. And that is a recipe for collapsing societies.

It is still possible for countries, and societies, around the world, to prepare the contingency plans they will soon need. If things get much worse than they are today. Which I can guarantee you they will. If only because nobody prepares, and nobody has drafted any such plans. It’s a self-fulfilling prophecy.

In western societies, the perhaps most important factor is the widespread sense of entitlement that rules the lives of those who’ve always had it good. Who’ve always had well-paying jobs. Who’ve put money away for savings and pensions and all these things. Already, there is a huge rift growing between the baby boomer haves and their offspring’s have-nots. The few lucky Greek youth who are employed are known as the “€700 generation”. They can make $1000 a month, and that’s it. While the older generation sits pretty. This cannot last, that should be obvious to all.

Everybody in our societies needs to give, in order for everyone to have a life with at least a minimum in dignity. We’re not doing it. Nobody talks about it. The few remaining politicians who are not clueless or out for their own gain, and that’s a small group, realize that this is a message that would cost them their cushy seats. So they are silent. Positive messages sell, realistic ones do not. And so we head for the inevitable wall, and we will all say that we could not possibly have seen it coming. But that wall was always there all along, walls don’t tend to sneak up on people. People rush into walls, not the other way around.

We have lived through a time of unprecedented affluence, and we have seen it as normal, and told ourselves we deserved all of it, that we are entitled to what it has given us. But it’s over, and it will be no more, nor will it ever return in our lifetimes. If we are to live in a functioning society in the years to come, we will have to share much of our riches, and we will have to find out how to be fulfilled with much less material wealth. If we don’t, our societies will collapse, and we will lose that wealth regardless. But looking around me, I see little hope that we will do all these things before it’s too late. It you don’t volunteer to share, the difference in wealth between you and your own children’s generation will become so glaring that they will come and take it away from you.

An era is over. We have been the last of the affluent, the carefree and the innocent. Not that we’re really all that innocent, mind you, it was all just pretense all the way, many millions of people have died for our affluence. We just never told ourselves their life stories. They will be our stories soon.

Are you now ready to fight in the streets, to protect your family, to share your meal with the hungry? It’s not about being a leftie, or a softie, and I certainly am neither. It’s about survival. It’s about being smart enough to read the world you live in. The model of the nuclear family will die with the affluence. It’s never been but an aberration. You will, like your ancestors before you, need your family, your friends, and your neighbors.

Life itself is about to come calling.

Home › Forums › The last of the affluent, the careless and the innocent