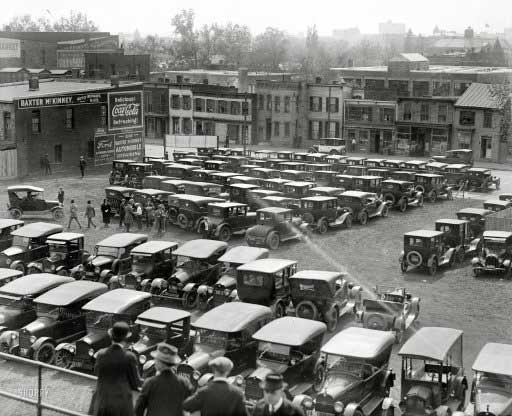 The other big “risk on” news last week, aside from a coercive Greek debt restructuring that was completed “successfully” (but will only make Greece’s public debts larger and less sustainable), was a rumor that “sterilized QE3” may be launched by the Fed in the near future (as in, at their meeting this week). The original Wall Street Journal piece by Jon Hilsenrath about this “new novel” program contained precious little in the way of details, yet the pundits and the markets obviously love to jump on the irrational bandwagon first and ask questions later. I, for one, am still very skeptical that the Fed is either able or willing to launch further QE this month.

As made clear in Who Killed the Money Printer, U.S. economic data that is subjected to official pressures from the administration will not be allowed to materially disappoint before elections. We see that confirmed once again in Friday’s jobs report, in which an alleged 227,000 private sector jobs were created. Needless to say, most analysts who have scratched just a little bit beneath the report’s surface have found it to be completely inflated and misleading. Bank of America and TrimTrabs’ sobering assessment can be found here.

The illusion that America has decoupled from the rest of the world and entered a self-sustaining economic recovery, however thinly veiled it may be, will weaken the Fed’s ability to justify more QE. In Political Theater Will Kill the Status Quo, it was also noted that a new QE program would provide a lot of cannon fodder for Republicans taking aim at Obama in the run-up to elections in November, especially when prices at the pump are relatively high. Critics may argue that the administration and Fed can avoid these issues by marketing the QE as a “sterilized” operation, as per the recent rumor. That, however, raises an additional question for me – what’s the point?

Perhaps the most important factor weighing against a new easing program right now is the perception held by major corporations, financial institutions and the Fed that it won’t really benefit the economy or their bottom lines, and may even prove to be counter-productive. That issue was explored in terms of the ECB’s dual LTROs in Why Liquidity is No Longer Enough, but the logic applies just as well to QE by the Fed, especially when the easing is being sold to everyone as an operation that will be “sterilized”. Sure, that may help you avoid some of the internal and external criticism of those who are against “money printing”, but at what cost does that pacification come?

Let’s first take a brief look at how this “sterilized QE” would actually work. The Sober Look blog breaks down the process for us and explains why there is nothing “novel” about it, since it is a common transactional method among financial institutions and most of its significant aspects were originally conceived by the Fed in 2009. It is simply a way of reaching a broader range of institutions with security purchases (instead of just the primary dealer banks), and also ensuring that the new cash entering the system from these purchases will be drained back out via the use of tri-party repo agreements.

There is nothing “novel” about the Fed’s “sterilized” purchases

Mr. Hilsenrath was probably still in school when the Fed put in place this “novel” approach in 2009. The central bank set up arrangements for tr-party repo with multiple institutions. This was designed to safely lend securities to a broader number of institutions, some of whom may not have stellar credits.

The idea is that the Fed purchases securities in the market and then lends them out via repo. Legally the Fed is borrowing cash from dealers and posting the newly purchased securities as collateral. When the dealers sell securities to the Fed, they receive cash, increasing the amount of dollars in the system. By borrowing that cash via repo, the Fed is sweeping it back out of the system. That’s called “sterilized purchases” and there is nothing “novel” about it.

So the basic transaction was something conceived by the Fed in 2009 as a means of draining excess monetary injections in the future, presumably as the economy “recovered” and the Fed began to tighten policy, and it is all quite simple. The structure of a sterilized QE program should not confused for some sort of unprecedented liquidity arrangement that will greatly increase money sloshing around in the system. Instead, it is most useful as a short-term operation that is conducted in modest amounts, as Sober Look explains below.

Much confusion still persists in the media about the Fed’s potential “sterilized” securities purchases. The diagram below shows the flows of securities and cash for such a transaction. Note that “Dealer 1” and 2 here may be the same dealer, but most likely multiple dealers involved in multiple transactions – selling securities to the Fed as well as lending cash to the Fed. The custodian bank would typically be State Street, BNY Mellon, or JPMorgan.

These types of transactions are extremely common among financial institutions globally – billions get transacted daily. In Europe this has become the predominant way that banks lend to each other.

This type of program allows the Fed to reduce long term rates (thus lower corporate borrowing costs and mortgage rates) by purchasing longer term securities (as it has been doing with Operation Twist). At the same time the Fed keeps the monetary base constant by sweeping out the cash it has put into the system. But this monetary strategy doesn’t come for free. The “Cash borrowed” in the above diagram is typically a very short term loan, often just overnight.

With sufficient amount of sterilized purchases, the Fed will increase demand for short-term money as it keeps re-borrowing hundreds of billions each day. And that may raise short-term rates, possibly even the Fed Funds (unsecured) rate. Therefore lowering long-term rates in a sterilized fashion may end up raising short-term rates – there is no “free lunch”. It is therefore unlikely the Fed would employ such strategy in the amounts as large as QE2 or run it for a long time.

Indeed, there are no fiscal or monetary policies these days that will achieve either their stated or actual goals efficiently without generating a whole range of unintended consequences, some of which are enough to entirely offset all short to medium-term benefits of the policy enacted (the major benefit being the preservation of the status quo financial system for several more months or years). As noted above, the sterilized QE3 program, along with the current Operation Twist (selling short-term treasuries equal to purchases of long-term bonds), will simply put more upward pressure on short-term rates, negating the benefits of the prior guidance issued by the Fed (“exceptionally low funds rate until 2014”).

That will also flatten the yield curve further, making it near impossible for banks to earn any decent spread through their traditional carry trade of borrowing money short and lending it back out long. All of these institutions will still be stuck in a world where solvency actually matters at the end of every day (especially in Europe post-Greek default), and none of these policy tweaks to existing liquidity tools will change that. I believe it is a mistake to assume that this reality is lost on any of the big money managers who will ultimately decide whether it is wise to return to risk-laden portfolios.

Obviously, I can’t be certain that there won’t be an announcement or, at least, further implications of sterilized QE3 this week, or at the next meeting after that. It is highly unlikely in my opinion, but it is still possible. At this point, though, everything that comes out of the Fed is just colored bubbles, blowing in the wind. The Fed has been rendered impotent in this debt saturated environment, and Bernanke knows it too. Or – maybe, just maybe – he has guzzled down his own kool-aid and believes the Fed’s policies have actually “worked”. I find that very unlikely, but one thing is certain – that would be the last thing the money-managing debt fiends would want to hear.

Home › Forums › Get Ready to be Disappointed With “Sterilized” QE3