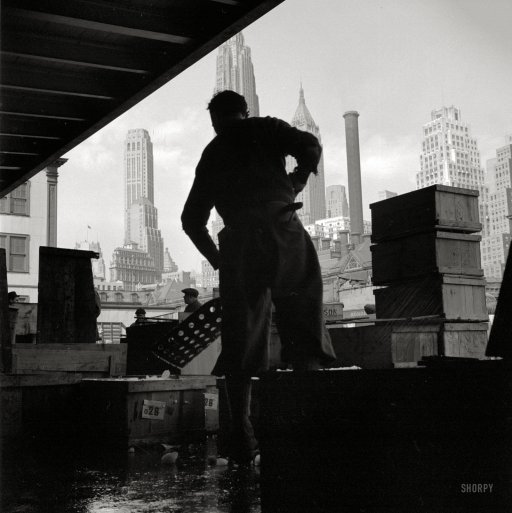 The only thing that has been achieved -if we can even use that word- by the European bailouts thus far, is that bank debt is kept hidden from view. That's all. No economies have been rescued or restored, no jobs have been created, nothing. And the bank debt that we now can't see even though we know it's there, will one day forcibly be forced out into the daylight anyway, and kill the banks that hold it. And those that bailed them out.

Eventually Europe will then be forced to deal with it after all, but with the added problem of being trillions of euros poorer, in debt transferred from the private to the public sector. Hence, what Europe has been doing until now, and is doing still, severely weakens its ability to adequately execute necessary measures in the future. Europe is dragging itself and its people into the furnace, just to keep a bunch of failed banks and their loser shareholders whole. Utter madness, an extortion scam.

Last year I started to label the money used to allow zombie banks to continue to extend and pretend, zombie money. It's conjured up out of thin air, the thinnest air on the planet. The only thing that serves as collateral is the future taxability of the future citizens of bankrupt nations.

In the end, the only truth that remains, though people are seemingly completely blind to it, is this:

The banks that are kept alive with the zombie money will use it to do what they will – rightfully, in the present economic model – see as the most profitable thing to do: bet against, and ultimately bring down, the very system that has "saved" them. This is how perverted the entire scheme has become. The money taken from you by your "leaders" will be, and already is, used to bring you to your knees.

Moreover, the €100 billion for Spain will by default have to be the model for other bailouts. New lines have been drawn in the sand, and Greece, after the June 17 election, Portugal, and soon Italy, will not accept different, stricter, terms than Spain has gotten.

Not that any of it truly matters; it all just prolongs the agony. It does so, however, at a very steep price for the woman in the street, and even more so for her children. Raphael Minder at the New York Times:

Bailout in Spain Leaves Taxpayers Liable for the Cost

"Unfortunately Spain didn't manage to reach one of its main goals in the negotiations, which was to have Europe bear part of the risk of rescuing the financial sector, without letting it fall instead directly onto the shoulders of the Spanish taxpayer," said Luis Garicano, a Spanish economist who teaches at the London of School Economics. "Ultimately, those who lent to our financial system were the banks and insurance companies of Northern Europe, which should bear the consequences of these decisions."

Patrick Allen at CNBC quotes Strategy Economics analyst Matthew Lynn, who has some insights, and lovely new words to go with them:

So how will the euro zone debt crisis finally resolve itself? One analyst believes it will happen after "Spanic" hits, then discussion will turn to "Quitaly" before Finland leaves — or "Fixit."

Strategy Economics analyst Matthew Lynn advanced the three terms in a research note on Wednesday, in which he maps out the path of the crisis going forward. "A fresh panic in Spain might be followed by rising demands for Italy to quit if it doesn't get the same terms its Mediterranean neighbor has been offered, followed by a Finnish departure from the single currency that might finally bring the whole saga to a climax," he said. [..]

"Nothing has really been done to make sure that Spain is on the path to recovery," he said. "If the rescue falls apart, however, and Spain has to come back for another package, then there will be a massive run on its financial system." [..]

"Italy has to stump up around 22% of the Spanish rescue — borrowing money at 6% to give to its neighbors at 3%. That isn’t going to go down well," he added. "Inside Italy, pressure is inevitably going to grow for it to get the same terms — and if it doesn’t it will threaten to quit the single currency, with all the chaos that could bring about."

Lynn believes things will finally come to a head when one country decides enough is enough, and that country could be Finland. "It doesn’t particularly have to worry about the impact on the EU, in the way that Germany would if it opted out," he said. "If a country such as that leaves, it is effectively game over, but no one can really say that of a tiny place such as Finland."

We've read about limiting ATM withdrawals, border patrols and capital controls, in reports leaking from the EU. These measures could happen sooner than we'd like to believe (if only because they were leaked). In fact, it looks inevitable. The leaks imply that it will be Greece only, if the June 17 votes go the "wrong way" (for the "leaders", that is), but the amounts of euros bleeding out of Spain are already so large that they very directly endanger the survival of the very banks that have just been bailed out (or promised a bailout, to be more precise).

They're going to do something, and they'll do it when it's least expected.

Meanwhile, here's one more time what should be done, and should have been done all along, and in all likelihood won't be done until it's truly too late for you and your offspring. And don't think this is a European issue; in fact, Europe just copies American examples. Business Insider's Editor-in-Chief Henry Blodget explains it, like I have so often, and this time in more detail:

Hey, Europe, Here's The Right Way To Bail Out Banks…

[..] In fact, the U.S. started this string of bad bank bailouts–making a mistake that the country is still suffering from. And now Europe is following our lead.

The most annoying thing about this is that bank bailouts can work–and they can be done without costing taxpayers hundreds of billions of dollars or rewarding executives and investors for making bad decisions. They just have to be done the right way.

• Zero out the bank's equity (shareholders lose everything)

• Apportion the losses to the bank's subordinated debtholders (they lose something)

• Refloat the bank (by selling all or part of it).

In a restructuring like this, the bank doesn't stop operating–so the economy isn't screwed.

Meanwhile, the idiots who loaned the bank money and bought the bank's stock take the losses they deserve. And the bank is then immediately rendered rock-solid again, ready to make new loans to companies and countries that deserve it. (And, hopefully, the remaining loan officers are chastened by their prior stupidity and are more prudent next time.)

It doesn't matter how big the bank is–you can do this with any size bank. And, if necessary, you can do it with lots of banks at the same time. You just need an entity–like the US government or ECB–that has the power to seize and restructure banks before they actually go bankrupt and that can write the massive checks necessary to recapitalize the banks.

That's the right way to bail out banks. And that's the only way to do it without rewarding stupid, reckless lending and failing to address the root of the problem.

The root of the problem for Spanish banks, as it was for US and Irish banks, is stupid real-estate loans. And the Spain bailout, as currently described, will not force the banks to write down the value of those stupid loans. Rather, it will just give the banks enough money to "extend and pretend" and ignore or deny the fact that the loans have gone bad. But the banks will know the loans have gone bad. So they'll hoard their cash and not make new loans for fear that the old, bad loans will kill them in the end.

They're broke because they made lots of stupid loans.

When anyone in the real world makes a stupid loan, they lose their money.

The idiots who loaned money to Spanish banks to make stupid loans deserve to lose their money.

The idiots at the Spanish banks who made the stupid loans deserve to lose their jobs.

And the rest of Spain should not have to suffer the consequences.

The problem, the reason why this doesn't happen, of course is obvious: the idiots run the asylum. Which makes them look and feel as if they're not the idiots at all. And perhaps they're right. Perhaps the rest of us are the idiots, for letting them get away with it.

There's nothing new about the right way to restructure a bankrupt company; it's been done a million times. But it's done not this time, not in Europe and not in the US. As a result, the whole banking system is now a $1 quadrillion zombie system, held up by zombie money that is injected into it in our name, no matter that if we don't have it. And our grandchildren will be born with a million dollars or so each in debt right from the get-go. And we’ll tell them we love them, and believe ourselves when we say it….

All of which is why maybe we should look forward to a Syriza victory in the Greek elections, or to Finland leaving the Eurozone. Just so the idiot emperors and the idiot clothes they don't wear are revealed as the zombies they are.

What happens to date helps a happy lucky few pay off their gambling debts, and devastates the rest of us. It's not working, and it will stop, so much is guaranteed. But if there’s ever been a time to say: the sooner the better, this is it. And if instead you want to wait for the Greeks or the Finns to save your asses, be my guest. But don't say you didn't know.

Let me quote myself:

The banks that are kept alive with the zombie money will use it to do what they will – rightfully, in the present economic model – see as the most profitable thing to do: bet against, and ultimately bring down, the very system that has "saved" them. This is how perverted the entire scheme has become. The money taken from you by your "leaders" will be, and already is, used to bring you to your knees.

It’s sort of like one of those autoimmune diseases, where the body attacks and kills itself, using its own defenses, isn't it, a kind of zombie disease? Then again, at least we seek to cure those …..