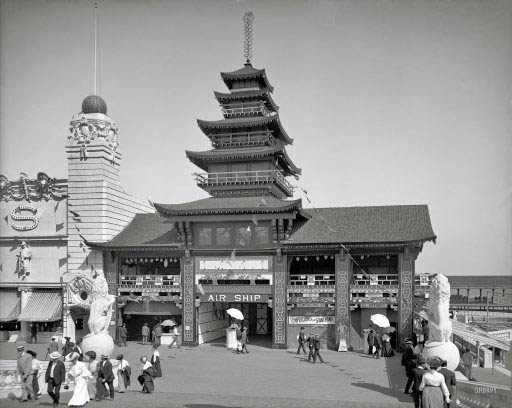 The reactions to the $314 billion, 7.3% plunge in the Nikkei last week were, let's say, for the best part amusing. The army of experts and analysts stood at the ready to name the external factors that made it happen (by the way, that army seems to have grown a hundredfold or so over the past 5 years, or is that just me? So where's the added quality?). Some blamed it on something Bernanke did or did not say, some on the Dow's drop (0.5%?!) the day before, and others on weakish China's manufacturing numbers. Very few addressed Japan's own internal issues. But that's still where Japan's problem lies, and what can and will lead to more of that volatility.

One thing should be clear: The Bank of Japan is not pumping money into the economy, it's pumping credit into the banking system. They are not the same thing. To tackle deflation, PM Abe and BoJ chief need to increase the velocity of money, and quite dramatically too. Those out there who didn't know it already are now also being forced to consider that no central bank in the world controls the velocity of money, even if most will continue to deny it.

Limitless credit for the banking system will not achieve the stated goal of a 2% rise in overall prices. Not unless the feet on the ground start moving, and spending. But the feet on the ground don't actually have any more money than they had before, during the deflation decade(s), so why should they start spending now? Or does anyone believe the Japanese will start borrowing in huge numbers? After all those years of deflation? Deflation scares people into a deep freeze, and it takes a long time to defrost them. Abe would have much more chance of success if he handed out money to the people than he does with his present policy of handing it to banks, but that's sacrilege.

What seems to have gotten lost in translation very rapidly is the appreciation of how big the gamble is that Japan is taking. And even more how desperate it is. Abenomics is a bet on perception, the perception that Abe and Horuda have control over – virtually – all aspects of all possible outcomes. They do not. As a matter of fact, they have pushed themselves, and their people, into a "doomed if you do, damned if you don't" quandary.

If they should somehow manage to achieve that 2% price rise, they will lose control over interest rates no matter what they try – it would simply be the price to pay – most harmfully of all those on Japanese sovereign bonds – JGB -. And if the opposite happens and prices don't rise, well, the markets will come after those bonds too.

The plummeting yen may cause a short term export boost, but that can only be a self defeating phenomenon. First because too much of the world has too much in debt to buy more, second because the more Japanese exports would rise, the more China, Europe and the US will be, and feel, forced to devalue their currencies as well. President Obama announced a few years ago that he wanted US exports to double over 5 years, and so far that goal has been spectacularly missed. China's exports rise far too little to achieve the economic growth needed to prevent their economy from hitting a wall. And Europe's exports are being demolished by the high value of its currency (among other things).

It's therefore – inevitably – only a matter of time before the currency race to the bottom takes off for real. Beggar thy neighbor on steroids. If one party starts, the rest can't stay behind. What we've seen so far is just background rumbling. The US has given "benign" warnings that Japan's financial policy must not be directed at pushing down the yen, but those warnings have no meaning: it was always obvious the yen would fall. And already today, Abe is beginning to realize he has to do more, and not too long from now he will. That will cause a lot more friction with the other three than we've seen so far; the warnings will move way south of benign.

Abe's gamble is based on the perception that markets have of the Japanese economy, of Abenomics, of the Bank of Japan's control over interest rates and prices, and of the reaction of the rest of the world to what Abe and Horuda do. The markets predictably play along for a while, since in early goings there's money to be made, but they're very aware that Abe and Horuda are executing a desperate gamble, and they'll be out in a wink when they get nervous. That will leave the fate of Abenomics in the hands of global greater fools, and chances are there's not enough of them to go around.

Time will play a crucial role as well: if results don't show fast enough, pressure will increase rapidly on Abe to deliver ever more of the same. But there is no limitless pile of yen and bonds at Tokyo's disposal, even if Abe likes to create that impression; "we'll do whatever it takes" is not a timeless entity. The longer the velocity of money in the Japanese economy remains at levels that don't allow for consumer prices to rise, the higher the risk that investors will turn their backs on Abe and start selling bonds and/or equities. And when they start doing that in large enough quantities, the outcome of Abenomics may turn out much more harmful than anyone seems willing to consider today. And not just for Japan either: the country’s easily large enough to have its weight squash other economies too.

When Abe – and the rest of the world – find out that the Bank of Japan does not really set interest rates, which happens when those rates rise beyond what bank and government want, the cost to Japan of servicing its debt can quickly grow beyond its grasp. Even before Abenomics that debt was second to none in the developed world; if and when JGB yields rise and values plummet, the squeeze can have only a further deflationary influence on the economy (and suffocate the government). The recent rise from 0.32% to nearly 1% in 10-year JGB is merely a first sign on the wall (and is temporarily manageable because rates are extremely low). Another near tripling could see that same wall crumble to pieces. Even a doubling would shake its very foundations.

Abe and Horuda have wagered the bet of all bets, but the house (the global economy) never loses. Seen from that point of view, it's not even a bet, since that implies a chance of winning. Hence, in final analysis, there's only the perception of a bet. It's all nothing but sleight of hand. And even if the greater fools fall for it, the Japanese people will not; their fear won't thaw anywhere near fast enough.

Abenomics can not last, and it can not succeed. And you can safely disregard anything anyone says that begs to differ. Paul Krugman and Christina Romer claim that rising prices can lead to falling real interest rates, but they amazingly and completely ignore the reaction their very own government will have that will make sure no such thing can happen. It just sounds like they keep on talking their Book of Stimulus no matter what, despite all the stimulus that has occurred already, and all the positive effects that haven't. They want to believe in Abenomics so much it keeps them from thinking, all for the further glory of their own spending mantras. From an intellectual perspective, that's so disappointing it's enough to bore a man to tears.

Even John Mauldin, though he's far more careful than that, leaves open the option that Abenomics could work. Although if Mauldin really believed his own words, he'd be out of his short position in no time. Think it through guys, don't just stop at some random point that seems to suit you and then present that as analysis. Just because you find something that seems to fit well with what you've been saying for decades, doesn't make it true.

And stop referring to inflation without implicitly including the velocity of money, it turns inflation into a meaningless term, and certainly in this case, where velocity of money is the key to understanding the entire inevitability of the spectacular disaster Abenomics is guaranteed to be. Because if you're Japanese, spending what you have left in wealth is the last thing you want to do today AND tomorrow after 15-20 years of deflation and your falling wages under huge pressure. How is that not obvious?