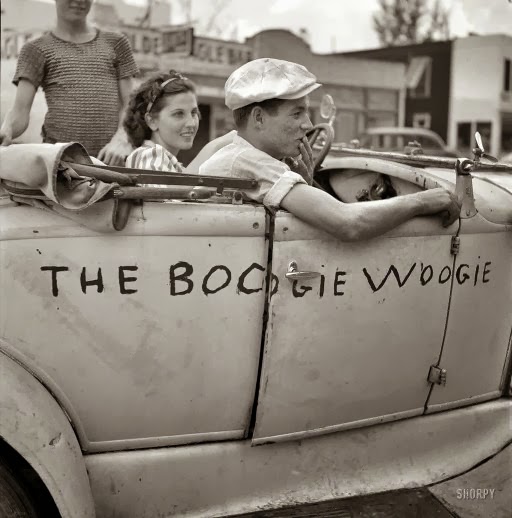 I was (and still am) working on a story about – new-found – poverty, but then this morning I saw Matt Taibbi’s latest on the looting of US pension funds, and I find it such an integral part, along with earlier articles I wrote, like The Global Demise of Pension Plans and The Last Remaining Store Of Real Wealth of – upcoming – American poverty and the machinery that fabricates it, that I want to include it. An appetizer from Taibbi:

There’s $2.6 trillion in state pension money under management in America, and there are a lot of fingers in that pie. Any attempt to make a neat Aesop narrative about what’s wrong with the system would inevitably be an oversimplification. But in this hugely contentious, often overheated national controversy which at times has pitted private-sector workers who’ve mostly lost their benefits already against public-sector workers who are merely about to lose them two key angles have gone largely unreported. Namely: who got us into this mess, and who’s now being paid to get us out of it.

So the poverty piece is delayed a bit and therefore today here’s a little gem based on a comment at The Automatic Earth by regular commenter Viscount St. Albans which I liked for its educational entertainment value, an innocent piece of “for amusement purposes only”, for those who are not yet poor and still think investing is a good idea. As in “Feel Lucky, Punk?”

Viscount, take it away:

In other words: Let’s do the Olympic Hammer Throw with a glass chain linking us — the twirling Dr. Manfred Hoeppner Frankenstein — to our 16 pound steel asset projectile.

Let’s invest, and let’s keep it simple. Basic. We’ll count the links in our glass chain connecting us with our money.

What could go wrong? Shall we count the ways?

“Traders and regulators have been vexed by the breakdowns, which showed that U.S. financial markets can still be paralyzed by one system’s failure, despite trading now being spread across 13 stock exchanges and dozens of private, electronic marketplaces.””On a Tuesday morning earlier this month, Farhan Khan sat down for his milk and toast at his home in the Dallas suburbs. The 32-year-old engineer opened an app on his smartphone, expecting to see $380,000 in his brokerage account, nearly all his life savings. Instead his account was frozen; his Iowa-based brokerage, PFGBest, was out of business. He started to cry … PFGBest is the most recent high-profile case but it s certainly not the only example of customers getting burned by their investments. Wendy Cross of Atlanta, who is out $360,000, is just one of dozens of investors who lost their life savings to a fraudster investment banker, Aubrey Lee Price, in July … “Not just my money, it was my dreams, my future, my freedom, gone …”

“A recent research note from Sandler O’Neill analyst Richard Repetto set traders’ and investors’ nerves on edge when he detailed clearing-outfit Penson Worldwide’s revelation that it held $42.6 million of possibly illiquid bonds issued by a horse-racing-track operator linked to a Penson director … We witnessed a failure in mid-2008, when North American Clearing went under, tangling trades for its brokerage clients and their customers for a month.”

Even the WSJ has begun to notice the weekly occurrence of “technical glitches” that leave major exchanges like Nasdaq and the Options Exchange shuttered for anywhere between 10 minutes and several hours.Zero hedge has documented the striking bias with which these technical failures occur on down days.And still, years after the event, there’s no satisfactory explanation for 2010’s Flash Crash. Official message:Look away, keep moving forward. Keep Calm, And Carry On.

“Traders and regulators have been vexed by the breakdowns, which showed that U.S. financial markets can still be paralyzed by one system’s failure, despite trading now being spread across 13 stock exchanges and dozens of private, electronic marketplaces.”

Have you ever heard of the term “Custodian Bank”? Read-up and Sleep tight, if you dare.

I love this quote from a link to one the world’s largest mutual fund providers, Vanguard. Here’s the money quote, and please do note the usage of the term, “generally”:

From: Your security is a top priority for us

And don’t let’s be beastly to the ETF investors. I’d hate to spoil the beauty winks, but this article on structural risks easily supplants my evening fix of heart-quickening bodice ripper novella:

“In the event of the bankruptcy of a custodian to an Irish ETF, the assets of the ETF are not available to the liquidator and must be returned to the ETF. The board of directors must arrange for a replacement custodian in this case. However, depending on the location of those assets, the time involved in the return of assets cannot be ascertained.”

… “A trickier question to answer is hinted at in the last sentence of the Irish regulator’s reply. It is unclear how long an investor might have to wait for the return of his or her assets in the case of a custodian bank failure.”

From: Structural Risks in ETFs

For a few more giggles:

“Connecticut Community Bank, is the type of Main Street bank found in Anytown U.S.A. … But to more than 200 individual investors, it was the bank that should have stood sentry over their money. A lawsuit brought by investors who lost a combined $60 million in the Madoff Ponzi scheme seeks to show that the bank failed at its job as the custodial bank in charge of their money … The bank, however, said it had no obligation to catch the Madoff fraud and that its custodian contract limited its obligations to “ministerial duties.”

From: Madoff Case Puts Focus on Duties of Custodial Banks

Risk and Reward. Let’s Put our Money to Work!

“Some of the younger Osceola migratory camp members who have come to the Belle Glade, Florida post office for their mail.”