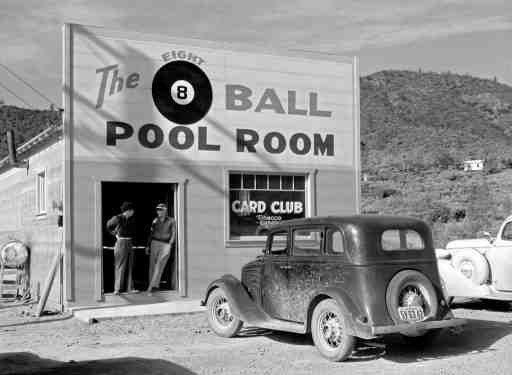 Ilargi: The revolving doors between Washington and Wall Street are swinging like never before. Lawrence Summers and Robert Rubin are the finance powerhouses in the upcoming Obama administration. They were in the exact same place 10 years ago. This time, they bring along a protégé in Tim Geithner, who will be the fall guy if all goes wrong. And they know it will go wrong; they’ve seen it before. They’re not dumb. They’re just sick, not stupid. They know it will go wrong, because everything they’ve done so far has failed. Only, that’s not what they see. They can’t see it, because they are gambling addicts. And as you can find out in Gambling Anonymous meetings, the addicts are masters in distorting their own perception of reality. Rubin and Summers differ from most addicts in that they are in positions to control what is legal, which is quite close to what is real, and what is not.

The November 12, 1999 repeal of the Glass-Steagall Act (officially named the Banking Act of 1933), enforced through the signing into law of the Gramm-Leach-Bliley Act by Slick Billy Clinton, gave them access to depositors’ money, and thus made it legal to use people’s savings for “investments”. 9 years later, those savings were all gone. Today they have an even larger pool of dough: the money of all Americans, and all of their children. This is what you’re looking at when you see Henry Paulson, Barney Frank, Ben Bernanke or Barack Obama talk about bail-outs and rescue plans. It’s all about providing the world’s most megalomaniac gamblers with cash for their addictions. There’s nothing else, that’s all there is.

The banking industry had tried to get rid of Glass-Steagall for a decade, but, aside from minor changes in 1980 and 1982, it wouldn’t be until Rubin and Summers were at the helm, as Treasury Secretary and Deputy Secretary, that they succeeded in pushing through the repeal. After setting up the procedure, Rubin left the government on July 1, 1999, and joined the newly formed Citigroup, leaving Summers as Treasury Secretary to execute the plan and have President Clinton sign the Gramm-Leach-Bliley Act into law.

Citigroup was put together in 1998 by combining Citibank and insurance slash finance company Travelers. The only way this combination made sense was for the Glass-Steagall Act to be gone, since the Act barred banks merging with insurers. Citi would have had to shed many valuable assets within the next 2-5 years to remain within the law. But then-CEO Sandy Weill stated at the time: “that over that time the legislation will change…we have had enough discussions to believe this will not be a problem“. In other words, the fix was in. The fact that Rubin joined the company months before Clinton signed Gramm-Leach-Bliley only serves to confirm that.

Because of these preparations, Citi was off to a flying start in the new “free world”, as was Goldman Sachs, Rubin’s longtime (1966-1992) employer before he joined the Clinton administration. At Goldman, one of Rubin’s pupils was Henry Paulson, who would become Treasury Secretary under Bush 43. Larry Summers doesn’t have a Goldman or Citi background. He, like Princeton’s Ben Bernanke, represents another piece of the power pie, having served for a long time at Harvard university and the World Bank. In that same vein, Rubin is presently co-chair for the Council on Foreign Relations.

Of course the Fed chairman during all this time was Alan Greenspan. In 2000, the trio of Rubin, Summers and Greenspan successfully argued for the deregulation of the derivatives trade. This enabled CIti and Goldman Sachs, as well as other major Wall Street players, to increase their bets and gambles manyfold. And let me repeat: it took just 9 years for them to burn through all customer deposits. And then some.

The real consequences of their actions will not be truly felt for a while to come, since they now put all their economic and political weight, again successfully, behind the persistent attempts to avoid putting fair value, mark-to-market prices on the respective banks’ gambling losses, also known as derivatives. The reason is clear: applying fair accounting value would not only expose the gentlemen as frauds and criminals, it would also immediately bankrupt most, if not all, of the most powerful Wall Street institutions.

Because of the revolving doors, and the political power these provide them with, the bankers that have incurred the hundreds of trillions of dollars worth of gambling losses, now have drilled into a new source of funds to quench their insatiable lust for more betting: taxpayers’ money. We should realize that the $1 or $2 trillion they have plundered so far from what belongs to the public, is by no means enough to cover the losses of the past. It’s therefore inevitable to conclude that the new-found money will be used for more double or nothing wagers.

The fact that Rubin now leaves Citigroup, which will free time to take the reins of Obama’s finance squad, should be a clear sign for everyone that the gamblers are getting increasingly serious about coming for the public trough. It’s also a sign that they are equally serious about keeping the toxic derivative papers in the vaults, and about keeping the vaults locked, until they have disappeared into the night.

Savings and deposits at Citigroup are long gone. Without public funds, Citi itself would be long gone. To understand what’s going on, look at the behavior of anyone addicted to gambling, or heroin for that matter. That’s where you can find the clues. If you see these people as financiers who sometimes make unfortunate honest mistakes, you’re way off. They are junkies in urgent need of treatment, and they’re not getting it. And until they are stopped, they will bankrupt thousands of more Americans every single day, like any junk does to his or her mother, if given the chance.

Robert Rubin and Larry Summers are junkies, they are addicted to gambling on a level you never thought possible. Get them treatment ot show them the door, but whatever you do, don’t give them your money. You’ll never see it back. Ask any mom with an addicted child. Look, there is no law that prevents them from taking your money and spending it at the casino. They are the law. Obama guarantees it.

horn·swog·gle To bamboozle; deceive. ab·squat·u·late a. To depart in a hurry; abscond. “Your horse has absquatulated!” b. To die.