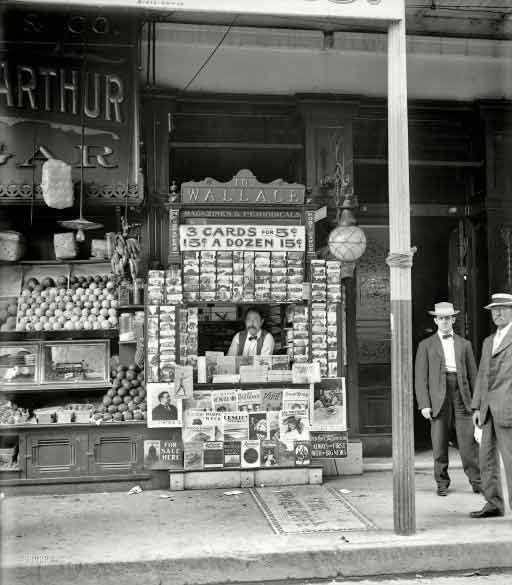 Stoneleigh: As our readers know, we do not provide investment advice. We do not exist to help people make money in the markets, but to help them avoid losing what they have in a deflationary crisis, at a time when almost everyone will lose a great deal. Our position is that being in cash on the sidelines is by far the safest option at this point, and where most people would be better off by far. Those who are still in the markets are playing a very dangerous game. Many of them know this perfectly well, but they can’t walk away from the casino. The upside is limited, possibly very limited, and the risks are steadily increasing.

Stock market bubbles (and housing bubbles etc) are ponzi schemes. As with all ponzi schemes, only a few manage to cash out, and the majority are those who do so early. Those who do not cash out become the designated empty bag holders, but that empty bag can look awfully attractive at a market top. Trying to catch the top tick, and wring every last ounce of profit out of a collapsing system, is foolish. Most investors who play that game are likely to lose badly.

They may be convinced that they are clever and quick enough to get out before the rest, but the odds are not good. Also, the rules of the game are likely to be changed along the way, so that one would have to be both right and lucky in order to profit. For instance, shorting is likely to be banned at some point, and speculators demonized. There will be opportunities to make a killing, but many more ‘opportunities’ to lose your shirt.

Capital preservation is essential in a deflation, and the best way to preserve capital at this point is to be liquid. Cash constitutes uncommitted choices, and in a world of uncertainty, one needs to be flexible. There will be plenty of opportunities over the next few years (both to improve circumstances and avoid disaster) that will only be available to the few who still have the options cash provides. It isn’t necessary to have a fortune. Even a small amount of cash can go a long way as deflation causes prices to fall.

Those without any cash, or the means to earn some (in what will be a very difficult earning environment), will be at the mercy of whatever the world has to throw at them. Most of us are accustomed to far more choice and self-determination than most people have had in human history, and there would be nothing harder to lose. Nothing is as addictive as freedom.

The best way to approach a major threat with attendant uncertainty is to minimize the consequences of being wrong. If people follow our suggestions then they will have reduced or eliminated debt, will have cash on hand and will have perhaps some control over the essentials of their own existence. In short they will be far more resilient in a world where many families are brittle, with little ability to weather even minor turbulence.

These measures are actually prudent under most circumstances. If one takes such steps and things do not go as badly wrong as we think they will, what is the downside? There may be some opportunity cost, but the result will not be catastrophic. Alternatively, if one does nothing to prepare, on the assumption that the situation is under control when it is not, then being wrong could easily be an unrecoverable disaster.

The herd is always fully invested at tops and fully liquid at bottoms, meaning that they are never in a position to take advantage of opportunities. They typically buy high and sell low. Naturally insiders do the opposite, behaving as any predator would. They are currently selling vastly more than they are buying, and this should be a very large red flag to anyone who is paying attention. They know the bag they are selling to the public is empty. Financial markets are a very effective mechanism for exploiting the masses and separating greater fools from their money.

People are always asking us about timing. It’s no surprise that people should want as clear a picture as possible, especially since we are talking about a very major change in most people’s circumstances. As a society we are collectively not used to risk and uncertainty and it is very unsettling. We offer our informed opinion as to when we are likely to see the events we predict unfold, but we do not have a crystal ball and cannot offer an infallible view of the future. Nor can anyone else, so if that is what you expect, any analyst will disappoint you.

Market timing is by its very nature probabilistic. There are always many interpretations of the market’s fractal movements, but one can identify more and less probable options by assessing each in comparison with the guidelines for fractal behaviour. The tops of rallies are difficult to call, as corrective patterns are very complex, and can extend into multiple patterns. When a pattern completes, the correction could be over, so it is appropriate to identify a relatively high risk juncture. There are limits to how far rallies can extend, in terms of multiple patterns and extent of retracement.

This rally has extended as a complex multiple pattern, but is nowhere near a retracement limit for a counter-trend move (limits grounded in fibonacci mathematics). In fact the retracement is quite standard. For vastly more detail than we discuss here, I suggest to anyone who may be interested to read through the Elliottwave primer material on Bob Prechter’s site. Essentially, what Elliottwave analysis does is to allow people to identify high risk junctures, and margins for error of one interpretation over another.

The rally we are living through has done nothing whatsoever to change the nature of our times. We have lived through the largest credit expansion in human history. Credit expansions create excess claims to underlying real wealth through ponzi finance. When the debt created can no longer be serviced, the bubble will implode and the excess claims will be messily extinguished. This is deflation, and it is inevitable once a bubble has developed. The aftermath of a bubble implosion is generally proportionate to the scale of the excesses that preceded it, hence we can expect the impact to be extremely severe.

Being grounded in positive feedback, deflation builds momentum relatively slowly at first, but later at an increasing pace. When credit contraction reaches a ‘critical mass’ it can unfold with terrifying speed, and for this reason extreme caution is warranted. It is well possible for the global banking system to seize up in a matter of hours, as it came very close to doing in September 2008. Given the scale of the threat, and how long it can take to extract oneself from an over-leveraged and highly vulnerable position, it is entirely appropriate to convey a sense of urgency. In fact it would be irresponsible of us not to do so.

People ask us when deflation will begin, but it has already begun. It has been underway since at least 2007, when the markets topped and the credit crunch made its first made significant appearance. At this point I published The Resurgence of Risk (the version linked to here is the October 2008 reprint, since the old TOD:Canada archives no longer exist).

I had been warning of a coming credit crunch since October 2005, just about at the point where the housing bubble in the US was topping. These were timely warnings for anyone who was paying attention, although they were treated as the ravings of the lunatic fringe at the time, as is always the case for contrarian views. Unfortunately, timely warnings are never credible at the point when heeding them would do the most good, because they contradict the received wisdom of the bubble years.

We are now seeing a firmly established received wisdom that recovery is underway and that the Fed has saved the day with quantitative easing. Bullishness is at an extreme. The psychology of the market is the opposite of what it was at the March 2009 bottom. This represents a large red flag, as sentiment extremes are major indicators of approaching trend changes. It takes time for a position to be widely accepted and internalized, and the greater the extent to which that has happened, the closer one is to a reversal. I think we are close to one, but it really doesn’t matter whether the top is this week, next month, or even next year. It is coming soon enough that evasive action is thoroughly warranted now.

In fact several years ago, when we first began warning people, would have been a better time to act. Those who did are now sitting comfortably liquid on the sidelines with little or (preferably) no leverage. They didn’t suffer huge loses in the first phase of the credit crunch, which other less lucky people have been using this rally to recover from (and if the less lucky hang on too long they will see even larger losses once the decline resumes). The prudent early movers can sleep at night because they will not be wiped out in a bubble implosion. They may have forgone a certain amount of profit in the meantime, but they have also avoided an enormous amount of risk.

Those who are addicted to the leverage game are often looking only at the fortunes of Wall Street in their blind enthusiasm for recovery. They are ignoring the on-going trainwreck happening on Main Street. Ordinary people are suffering staggeringly high unemployment and underemployment, and are losing homes and pensions. Mortgage interest resets will continue until 2012, helping to drive sky-high inventory levels that will depress housing prices drastically for years, and have knock-on consequences for individuals and for the banking system (as we have repeatedly pointed out).

Approximately one in seven Americans is on food stamps already. The number one cause of personal bankruptcy in the US, even among people who have health insurance, is healthcare emergencies, as the co-pays are so high. More and more people are falling off the edge all the time. Their plight is ignored higher up the financial food chain, but it cannot be ignored forever. The middle class is dying, and the already poor are being driven into destitution. Eventually the ruined will reach a critical mass, and people who have nothing left to lose, lose it. This is a recipe for a degree of social unrest that will threaten the fabric of society.

There are many actions one can take to lessen the impact of deflation for family, friends and community. The challenge is reaching enough people who are aware to be able to work together with a group rather than in isolation. The effort is absolutely worth it, as those who prepare will be very much better off in a few years time than those who do not. It can be difficult to convince others, however. It certainly strains relationships when people have widely differing views of the future, hence we work to disseminate the information people need to make informed decisions that will allow them to retain their freedom of action. The future belongs to the adaptable.

There will definitely be hard choices to be made, as we have collectively invested so much in a way of life that cannot continue, and extracting oneself from the resulting structural dependencies can be both difficult and time consuming. Trying to live with a foot in two different worlds during the transition to a more resilient life can initially mean all the work of both, without the many of the benefits of either. This is not an easy path to walk. We wish all our readers the very best of luck in walking it, and we intend to remain your traveling companions.

Home › Forums › The Future Belongs to the Adaptable