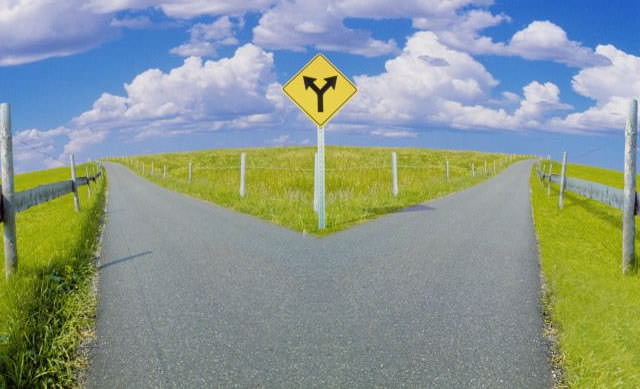 We’ve been here before, right? In this tense and teasing position in which we feel that something big is about to happen soon, one way or the other – either the Eurozone is going to crumble and the markets are going to nosedive or… the central authorities of the world are going to dive head first into massive and coordinated easing and/or stimulus of some sort. I mean, seriously, how many times in the past few years have you had that exact feeling? Some days it’s stronger than others, like when the ticker is flashing ALL RED, but sometimes it can generally last for months.

Come to think of it, this time it has lasted for nearly a year with only one or two months of respite in between. Now you may think I’m suggesting that the current concerns are nothing to get too worked up about this time around, but I’m not… at all. What I’m suggesting is that the frequency and amplitude at which these waves of systemic risk are pummelling into us are getting larger and larger – not just for us onlookers or for the lowly market participants, but for the big boys and the central authorities that are tasked with “saving the world”.

Today, we get some coordinated monetary policy by the Bank of England, the Bank of China and the European Central Bank, with the former increasing its QE program by £50 billion, the PBoC cutting its deposit and lending rates by 0.25 bps and 0.31 bps respectively, and the ECB cutting its discount rate by 0.25% to a record low 0.75%. Meanwhile, the ever-critical Danish Central Bank cut its discount to rate to 0% while slashing its deposit rate to -0.2% (yes, that’s a negative sign). But only those who haven’t been paying enough attention to the socioeconomic mood shift over the last year would have expected the markets to jump for joy at any of this crap. Mike Peacock for Reuters asks, “will it work?”, which is really a rhetorical question, whether he knows it or not.

All the major central banks, with interest rates at historic lows, face the law of diminishing returns.

The Bank of England had already created 325 billion pounds of new money before Thursday’s addition. In doing so, it has successfully driven borrowing costs to all-time lows, yet the UK economy is languishing in recession.

“The BoE has been excessively optimistic about how powerful QE is,” said Philip Rush, an economist at Nomura, referring to the money-creating strategies known as qualitative easing.

“The latest increase is more than just a token, but it is not hugely significant for the outlook for growth and inflation.”

The euro zone is no better off. “We see now a weakening basically of growth in the whole of the euro area, including the country or the countries that had not experienced that before,” Draghi said.

Policymakers could counter that things would be much worse if they had not acted, but with most monetary policy levers already pulled, government action is also required to improve the world’s fortunes.

The International Monetary Fund has urged the United States to quickly remove the uncertainty over the path of fiscal policy, which is set to tighten abruptly at the start of next year without congressional action.

The IMF, and others around the world, also continue to urge the euro zone to get on top of its debt crisis once and for all.

Measures announced at a European summit last week bought some calm with the promise of action to lower government borrowing costs, but economists say they did not tackle the root problems, which still pose the biggest risk to the world economy.

“In spite of the progress made at the latest European Council, concerns remain about the indebtedness and competitiveness of several euro-area economies and that is weighing on confidence here,” the Bank of England said after its policy meeting on Thursday.

The ECB continues to put the onus on euro zone governments to solve their debt crisis and did not even discuss on Thursday “non-standard” measures such as buying Spanish and Italian bonds to lower borrowing costs which are not sustainable indefinitely.

Elsewhere, Denmark’s central bank cut interest rates by 25 basis points, shadowing the ECB’s action, in a historic move that put one of its secondary rates into negative territory for the first time. Kenya ended its nine-months-long hawkish stance with a bigger-than-expected 150 basis points rate cut.

None of this stuff even comes close to alleviating any of the systemic fear/instability that has piled on top of the Eurozone over the last few months, particularly in Greece and Spain (the latter’s 10-year bonds are back above 6.5% approaching the dreaded 7% mark), and the PBoC’s move will barely make a dent in the fears that have cropped up over China’s decelerating growth story. Clearly, a lot more has to give before any temporary equilibrium point can be reached, so the only question is – which way are we headed? Are today’s monetary maneuvers a harbinger of an all-out monetary assault in the near future, or are they really the only thing the central authorities are capable of doing at this point?

I would suggest to you that it’s the latter (surprised??). The EU core tasked with setting up and managing funds to bail out the rest of Europe have been dealt blow after blow to their credibility over the last few months, and also to their sense of pride. With the anti-austerity fervor sweeping through the periphery, the core is now being asked by the markets to throw even MORE good money after bad to quell their concerns. The Bundesbank and ECB are being asked to throw all of their conservative principles out the window for the sake of their insolent counterparts. Just how likely is that to happen now?

On top of that, the critical June date for the Fed to announce impressive plans for QE3, perhaps the last viable date before elections, has come and gone without so much as a tepid squirt from the liquidity faucet. So if the central authorities are waiting for anything to really get their hands dirty (and bloody) again, they are waiting for the markets to crash a solid 10-20%, at the very least. And by the time that happens, we know for a fact that the Eurozone will be in much more dire straits than they are now. What will the Fed or the PBoC be able to do for the imploding economies of Spain and Italy?

I don’t claim to have any of the answers to all of these questions with anything close to certainty, but I do know that we are quickly approaching that point again… the DO or DIE point at which something has got to give. Most of the evidence I see points towards the ticker flashing ALL RED in the near future, and that’s not going to make life any easier for the central authorities tasked with “saving the world”. We will be forced to discover the “end” in “extend & pretend” for this financial capitalist paradigm, and then there’s really no telling what kind of centralized, combustible reaction comes next – but, I assure you, whatever it is, it won’t be pretty.