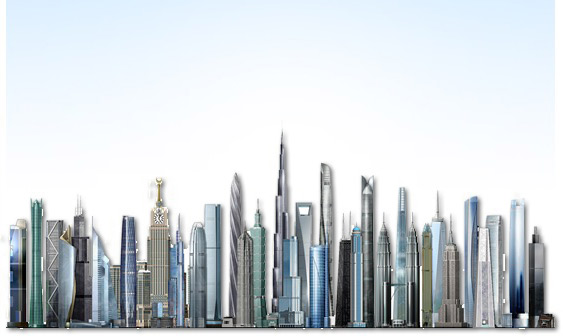 I was leafing through some recent Bloomberg articles and noticed this running thread connecting them: hubris, decisions based on false data, inertia, things like that. It wouldn't be hard to find dozens more pieces just like it in the press, but once you recognize the pattern, it stands out like a sore thumb anyway. It's pretty easy to see where mistakes are made, especially when they're big mistakes.

Lend Lease Group (LLC), Australia’s biggest property developer, got A$2 billion ($2 billion) in commitments from retirement funds and its own property fund to develop the first two towers at its Barangaroo South site. The funds will allow the development of towers which June 22 signed tenancy agreements with Westpac Banking Corp. (WBC) and KPMG LLP to lease 71 percent of space in the precinct, a former port terminal adjacent to Sydney’s main business district.

So who invests in this high-class development in a country that still hasn't seen the writing on the wall with regards to China's economy, on which it's betting all its horses? Why, of course it's a state pension fund from halfway around the world.

A$1 billion of the funding will be provided by the Canada Pension Plan Investment Board, which invests for the country’s state retirement plans [..]

Hey, what's $1 billion when opportunity knocks? Win-win-win all the way, right? Australia is booming like there's no tomorrow?!

Except that no, Canada Pension Plan Investment Board, there is a tomorrow. And while you were planning your investments, that tomorrow arrived today.

Sydney’s central business district saw its vacancy rate increase to 9.6 percent in January from 9.3 percent in July 2011 as more than 80,000 square meters of new space was added to the market amid slower take-up, property broker Colliers International said in a report on the industry’s performance in the first half.

Financial inertia and lack of flexibility can be a pain. Perhaps it's Canada's addiction to Chinese growth, which is almost as bad as Australia's, that put the blinders on. Whatever it is, Canadian pensioners should demand to see some numbers.

Then, in a piece that fits in nicely with Nicole Foss’ Unconventional Oil is NOT a Game Changer, investments in energy turn out to continue to go awry at a blistering pace. No surprise in a deleveraging global economy, well, except when you don't see what's going on. Which is that on the one hand there's the deleveraging, and on the other there's the Ponzi-like hype that's gotten hold of energy in general, from conventional to unconventional oil to wind to sun to, obviously, biofuels such as ethanol. Energy returns on everything under the sun (pun intended) are already low and consistently falling. Makes you wonder how much the Canada Pension Plan Investment Board has invested in energy….

It was a dizzying height from which to drop. Eike Batista is the quintessential high-achieving, alpha male entrepreneur. He's the richest man in Brazil, with a group of companies active in everything from mining and shipping to oil and real estate.

The fall was the biggest anyone could remember at the Sao Paulo stock exchange, according to its chief executive officer, Edemir Pinto. No company among the five most traded had ever lost half its value in the market in just two days, as Batista's oil concern OGX did in the final days of June.

The implosion occurred after OGX announced that production from its first two wells would be half what the company — and the market — had anticipated. [..]

Batista was already worth billions when he entered Brazil’s promising oil business. OGX snapped up concessions estimated to contain as much as 4.8 billion barrels of oil. In 2008, the company's IPO raised $6.7 billion reais ($3.30 billion), a record in Brazil at the time, though the outfit had never produced as much as a barrel of oil.

With much fanfare, OGX began production this January in a field now called Tubarao Azul in Brazil’s Campos Basin. Expectations were high. Last year, CEO Paula Mendonca, a former Petrobras executive known as "Dr. Oil," had predicted the field could produce as much as 80,000 barrels a day. This past May, he had forecast 40,000 to 50,000 barrels a day from four wells by 2013.

But in a carefully worded announcement June 26, OGX revealed that its first two wells were bringing in just 10,000 barrels of oil equivalent a day, half of what the CEO — who was summarily fired — had projected less than a month earlier.

Reaction was instant. The market value of Batista’s EBX group of companies, of which OGX is a part, fell from R$46 billion to R$32 billion by June 28, the Folha de Sao Paulo newspaper reported. By July 2, the value had recovered somewhat, to R$37 billion.

Quoted in the Estado de Sao Paulo newspaper, Hersz Ferman of the Yield Capital resource management company said OGX had blown its success finding oil by overplaying its achievement. He said, "Despite an excellent exploration campaign, OGX always comes to the market with numbers it can’t deliver.” [..]

Batista’s business reputation is robust enough to survive this setback in the long term. But in the short run, investors are approaching OGX shares with trepidation. Daniel Marques, an analyst with Agora Corretora brokers quoted in the newspaper Brasil Economico, summed up the feelings of many. “The trend is still down, and the paper will remain volatile. Therefore we only recommend buying for day trade,” he said.

The market’s love affair with OGX has been battered. From now on, its commitment to the relationship is strictly conditional.

I know, I set myself up for all sorts of criticism here, certainly from all the people invested in energy industries and real estate in – in my view definitely 'former' – "lands of high hopes" like Australia. But there you go. And there's far more of the same, or similar, going on.

Like the tall building syndrome, perhaps the best example of investment hubris. The Qatar sovereign wealth fund owns 95% of Europe's newly opened tallest building, the Shard in London, which when its doors opened counted 26 floors of empty space:

[..] when [the] stunning Shard tower opens on Thursday over London Bridge it will house the equivalent of a whole vacant neighbourhood.

The elongated glass pyramid, built atop a train station in a scruffy neighbourhood near the Thames, will open with 26 floors of vacant office space, and developers have to fill it at a time when rents are at the flattest in at least 50 years.

The Shard's developers are spared from market wrath solely because the building was built with funding by the deep-pocketed royal family of Qatar, rather than a publicly listed firm, said John Cahill, a property analyst at Investec. "With the Shard's office floors still empty, it would be panic stations if it was a listed developer behind it," he said.

And the Shard, as we all know by now, is by no means the only example of tall building syndrome hubris:

From Tahani Karrar-Lewsley in the Wall Street Journal:

The Burj Khalifa, more than 60% taller than any other building in the world, has firmly established itself as an international landmark—it even played a starring role in the latest "Mission Impossible" blockbuster.

But it is thus far a flop with investors.

The building, which is more than a half-mile high and bills itself as "the world's most prestigious address," has seen prices drop from as much as 9,000 dirhams ($2,450) a square foot at the precrisis peak to as low as 2,650 dirhams, says David Terry, sales manager at Luxhabitat, a residential real-estate broker.

There are very simply a lot of people and institutions that invest much of what they and others perceive as overflowing funds, in assets that may have looked good only a few years ago, but today have been overtaken by global economic developments, i.e. deleveraging. A substantial part of the investments are being executed with complete disregard of those developments. Granted, inertia plays a role: you don't plan and build huge skyscrapers in a week or two. But that means the loss of a lot of money is built into these projects. If you're Qatar, this may not seem so grave. When you're a Canadian pensioner, it's a whole different story.

The largest case of malinvestment will undoubtedly come from China over the next few years. Vested political interests will assure that, even if the power shift this fall would shake things up. More ghost towns, more roads to nowhere are cast in stone

Reformers say China needs more entrepreneurs like Liu Peijian. His chain of six furniture stores employs 60 people. But Beijing's response to the deepest economic slump since the 2008 crisis is to pump money into state industry, leaving businesspeople like Liu who create jobs to fend for themselves.

Across town from Liu's office is a project that exemplifies China's mini-stimulus: A 69.6 billion yuan ($11 billion steel) mill being built by a government company and financed by state-owned banks that lend little to the private sector. It will employ 5,000 people — or one job for each $2.2 million of investment.

"We get no government help," said Liu, as his office air conditioner struggled against the muggy heat of this southern city. "But we're a small company, and small companies shouldn't bother the government."

Spending like that of Baosteel Group, owner of the Zhanjiang mill, is expected to help push up economic growth later this year. But the emphasis on state industry that creates few jobs will come at a longer-term cost, setting back efforts to reduce reliance on investment and generate self-sustaining growth powered by consumer spending. [..]

"When the economy gets into trouble, all those good intentions get thrown out the window, and we revert to Plan A, which is always to encourage more investment and ensure that funds keep flowing to state-owned companies," said Mark Williams, chief Asia economist for Capital Economics.

Beijing has cut interest rates twice since the start of June and reduced fuel prices as it tries to buoy growth that declined to 8.1 percent in the first quarter. It has promised more spending on low-cost housing, airports and other public works. That will pour money into state-owned construction companies and suppliers of steel and cement.

Baosteel's Zhanjiang mill is one of a series of industrial projects the government approved in May as stimulus measures after previously blocking them to prevent overinvestment in unneeded facilities. State-owned Wuhan Iron & Steel Group also received approval for a new mill state media say will cost more than 60 billion yuan ($9.5 billion).

Both are to be financed by state banks, which still channel at least 80 percent of lending to state companies despite China's three decades of market-oriented reforms and the growth of private business that has driven its economic boom.

Bad investments will be the norm, not the exception going forward. By nations, sovereign wealth funds, institutional investors and mom and pops. A few clever people will make a killing off the vast majority who only think they're clever. Hubris is perhaps our leading driver into any crisis; it certainly is this time around.

Home › Forums › Hubris Before The Storm