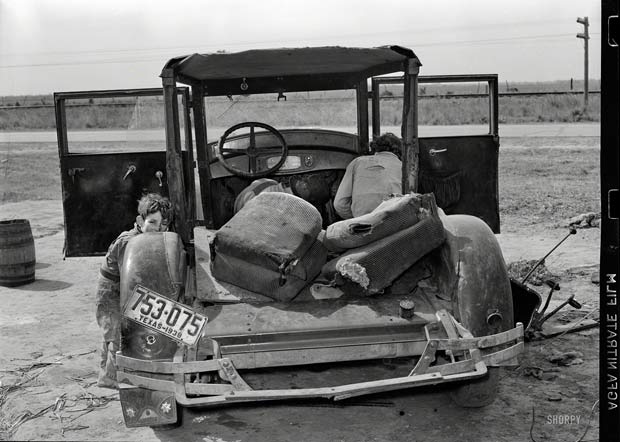 On January 25, Timothy Geithner will step down as US Treasury Secretary. A lot of people will say and write a lot of things about him at that point, and it sounds like a good idea to be ahead of the game and provide some perspective.

There are voices claiming (there will be many more, promise) that Geithner pulled us out of the recession and the crisis, and saved the economy. That seems presumptuous. It may just as well be true that Geithner has fooled us into thinking that. Just because the stock markets are pulling through so far doesn't mean, let alone prove, that the economy has recovered or been saved. You would need something better, more substantial than that. While acknowledging that relatively strong stock market numbers are at least in potential a great way indeed to fool people about the economy.

And going forward we can wax nostalgically about everything Tim has done, and about where the economy is now compared to 4 years ago, but when all else is said and done, there is still just one question that counts: what happened to the debt? What has Geithner done when it comes to debt? As long as you don't know what happened to the debt, you won't know the true state of the economy.

Well, Americans still have higher personal debt levels than they ever had before (in fact, the best anti-gun law would be to ban paying for them with credit) and government debt has grown exponentially. Those things at least we know to an extent; when it comes to bank debt, we don't know much of anything. Tim has made sure of that. He's handed trillions of dollars in our money to Wall Street and we haven't received anything in return. Well, yes, we have the semblance of a somewhat stable stock market, but is that worth all that extra debt? Moreover, we still don't know what happened to the debt that caused the crisis in the first place, because Tim made sure it has been kept hidden from view. And how's that a good thing again?

Look, you can save banks that are in deep debt trouble, and perhaps that's not necessarily such a bad thing, since letting them fail outright would have been a risky proposition. But you can't make the choice to save banks and not at the same time restructure those debts and expose and prosecute the bankers who put their firms into a situation that necessitated saving them in the first place, and were paid big bonuses for doing it. That is not alright by any stretch of the imagination, either ethically or economically. Because the money used to save them comes from outside of the financial system; it comes from the taxes that everybody pays. And that means it has to be accounted for. But it never was.

The only reason the policy – if you can call it that – of handing banks trillions in cheap credit appears to work is because its consequences cannot be felt immediately, but are pushed forward into the future. That doesn't absolve us from having to ask what happened to the debt, though, but we still have no answer to that question, and Tim Geithner carries a substantial part of the blame for that.

If you're interested only in yourself, and you're just looking to make a quick buck, sure, things may look good. And if you think you can best achieve your goals by things staying the same, by keeping the system going as it is, yeah, you're likely to think that Tim Geithner has done a swell job, because from that point of view he has saved you.

But if you care about anything that goes beyond just today, and beyond the few square miles that make up your world, if you care about your family, your friends, your kids and their future, Tim Geithner is not your man. He set up the system so it would continue to provide fast money for the horses with blinders, but he's done it with money that everyone else is on the hook for. Just not today, not right away.

And that plays perfectly to our proverbial human short – term – attention span: Hey, look at the markets, they're doing fine. We're in recovery. We left the crisis behind. We made it.

But what's that bulge under the carpet there in the corner? Is that perhaps what happened to the debt? We tell ourselves we love our children. That what we need to do is put aside money for their education. That what they need for their futures is money. And that's it. It's not about the world we leave for them. It's not about the debt we leave for them. But it should be. The education we buy for our kids today will mean very little if and when they will be forced to pay back all our debts. We should face up to the responsibility for it ourselves. We don't. We prefer the cloud cuckoo land illusion that Tim Geithner has spun before our eyes. We prefer to let our kids deal with reality.

The main problem from a purely technical point of view with the way Geithner has gone about business is that it's to a large extent zombie money that drives markets today, money that would not have existed if debts had been properly restructured. If anytime in the future, either driven by markets or governments, banks are forced to restructure their debt after all, this poses a gargantuan risk to both the financial system and the overall economy. And we'll have Geithner to thank for that. Not only him, there's Ben Bernanke, Alan Greenspan, Hank Paulson and many more. Still, Geithner has had the option and the power to do the right thing, for four long years, and declined.

Obama said this about Tim Geithner recently: "When the history books are written, Tim Geithner is going to go down as one of our finest Secretaries of the Treasury…" And that the "unofficial" saying at the Treasury is "no peacocks, no jerks, no whiners" and "Few embody that ideal better than Tim Geithner.".

That says much more about Obama than it does about Geithner. The reality is that Obama will go down as one of the worst American presidents in history. Because four more years of the above will sink the US economy to levels not even imagined today, and Obama will be seen as an accomplice if not the main perpetrator of a whole series of – financial – crimes against the people. The president that brought the country to its knees.

That is inevitable precisely because Geithner and Obama have done nothing at all for four years to restructure bank debt. All they've done in that time is keep the existing financial system, which was then and is now as bankrupt as any industry has ever been, standing upright. Or more correctly: appear to be standing upright. What the president and his Treasurer have done is feed zombies. With – future – human flesh. WIth the future prospects of our children. Obama has said that what Wall Street did was unethical but not illegal, but that is up to the courts to decide, not the president, and not Congress.

If you leave the decision making in a time of crisis to those who stand to profit most from keeping things as they are, it would perhaps be foolish to expect them to not try and do just that. Thing is, they can do so only by throwing others under the bus. And since this crisis is the biggest, the most widespread and the worst we've ever seen, it means just about everyone else will end up under that bus. Even the majority of those who think they would be better off keeping the system going: be careful what you wish for.

Timothy Geithner is a Robert Rubin protégé. Under Bill Clinton, then Treasury Secretary and Citigroup made man Rubin, assisted by Greenspan and Larry Summers, set the terms for US government (non) policy for derivatives that stands to this day.

Geithner certainly never touched it after he and Summers took over the Obama finance team. And now he will be succeeded by Jack Lew, who was director of the White House Office of Management and Budget when Rubin and Summers were there. Lew isn't just a revolving door man, he does you one better: he went from K Street lobbyist to Citigroup director to the White House, rinse and repeat, pocketing a million dollar bonus from Citi three months after it received billions in taxpayer bailouts.

Once again, if we let them, it would perhaps be foolish to expect them to not try and do these things. Jack Lew's nomination tells us all we need to know about Barack Obama's intentions. Which are to let the bankers and their shareholders continue to hide their debts, and continue to use the zombie money they thus seem to have to make leveraged wagers whose profits they can pocket and whose losses they can pass on to you.

And you can continue to play the game as well as long as it lasts. So you can, if you're lucky, hold on to your job and your home and use your money to pay for your children's education. If you do, it might be a good idea to take a look at what it is they learn. Make sure they're never tempted to look under the carpet. Or they may turn against you.