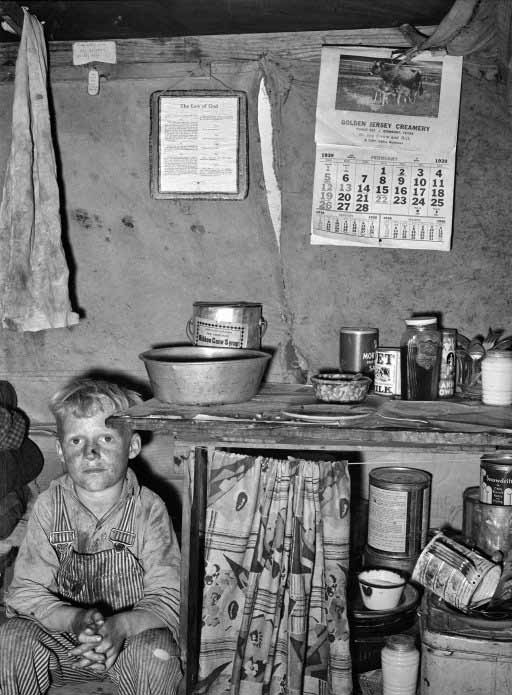 Yeah, The Last Remaining Store Of Real Wealth is somewhat tongue in cheek. I'm talking about pensions here, and despite the fact that hundreds of millions of people, especially in the west world, count on the pensions they pay into year after year for decades, to be there for them when they reach a certain age – which gets pushed forward all the time, talk about Receding Horizons! -, I've long since said that for most that is not going to happen. But many still see it that way: The Last Remaining Store Of Real Wealth.

I started writing a follow-up on the pensions topic, it's been 5 months or so since I wrote The Global Demise of Pension Plans, and while I don't want to do anything as broad as that article at this point, there are developments that warrant what could be labeled an update.

Alas, though I was plodding along nicely, the material itself somehow got in the way, and it would have become too long and winding. Which means that the original article must wait till later in the week, and today I'm going to have to present you with a kind of riddle.

You see, as I was reading through a bunch of recent news pieces, I came upon a Bloomberg article about CalPERS, the California Public Employees' Retirement System, America's largest public pension fund. It made me think back of a July 21, 2012 Barron's article I cited in The Global Demise of Pension Plans, and it didn't add up at first glance. Here's that older article first, written by Michael Aneiro:

The California Public Employees' Retirement System, the nation's biggest public pension fund at $233 billion, reported a mere 1% return on its investments in its fiscal year ended June 30. Earlier this year, in an attempted acknowledgment of today's realities, CalPERS had lowered its discount rate–an actuarial figure determining the amount that must be invested now to meet future payout needs—for the first time in a decade, to 7.5% from 7.75%. That represents combined assumptions of a 2.75% rate of inflation and a 4.75% rate of return.

Needless to say, a 1% annual return didn't come close to hitting any of those figures [..] CalPERS was quick to note that its 20-year investment return is still 7.7% [..]

Later in the week, S&P Dow Jones Indices said that the underfunding of S&P 500 companies' defined-benefit pensions had reached a record $354.7 billion at the end of 2011, more than $100 billion above 2010's deficit. The organization reported that funding levels at the end of 2011 ran around 75%, on average, and that future contributions will constitute a "material expense" for many companies.

Fitch Ratings later released its own study of 230 U.S. companies with defined-benefit pension plans and found that median funding had dropped to 74.4% in 2011 from 78.5% in 2010, and that corporate pension assets grew just 2.9% in 2011 amid sluggish returns and a 6% decline in contributions.

[..]Interestingly, at a time when bond interest rates are so depressingly poor, fixed-income investments constituted the second-best performing asset class for CalPERS last year, returning 12.7%, no doubt thanks to price gains for high-grade bonds. That result trailed only the fund's 15.9% return on its real-estate investments. What derailed CalPERS, then? Losses of 7.2% on stock investments, 11% on forest-land holdings and 2% on absolute-return assets.

From the bleachers: A "15.9% return on its real-estate investments"? In the moribund 2011-12 US housing market? Really? How does that work? And that's not all: here's a quote from a WSJ article you'll find below:

CalPERS real estate portfolio return for the three year period ending in June [2012] wasn't as pretty: it lost 24%, according to Wilshire Consulting.

Looks like maybe we need to make a choice here; I don't see how all these things can be true at the same time.

On January 21, 2013, exactly 7 months after the first article I quoted, Michael B. Marois writes the following for Barron's, and I can't seem to figure out how the transformation is possible:

The California Public Employees’ Retirement System is poised to top a record $260 billion in assets, the market value it held before the global financial crisis wiped out more than a third of its wealth, by sticking with a strategy of buy-and-hold.

"A lot of the improvements in portfolio returns is simply reflective of the return of the market," Chief Investment Officer Joe Dear said in an interview. "But there is still an important lesson there, which is that when the crisis was full on, we didn’t drastically reduce our equity exposure."

CalPERS isn’t alone in nearing previous high marks. The 100 largest public pensions in the U.S. had $2.9 trillion in assets in the fourth quarter of 2007, according to U.S. Census Bureau data. That dropped to $2 trillion in 2009 and rebounded to almost $2.8 trillion as of Sept. 30.

The median funded status of state pensions, meaning how much money a system has in order to pay its obligations, fell to 72% in 2011 from 83% in 2007, according to data compiled by Bloomberg.

Even with its gains, the Sacramento-based pension is still short $87 billion, or about 26%, of meeting its long-term commitments, and has had to ask the state and struggling cities to contribute more. One municipality, San Bernardino, sought bankruptcy protection, saying it can’t afford to pay $13 million it owes to CalPERS.

"It’s certainly good news that the asset base has grown and recovered," said Bradley Belt, senior managing director of the Milken Institute and former executive director of the federal Pension Benefit Guaranty Corp. "The bad news is that while you’ve gotten back to where you were on the asset side — through a combination of good market returns and new contributions — liabilities never took a holiday. Liabilities are now a whole heck of a lot larger than they were."

CalPERS’s value was already in decline when Lehman Brothers Holdings Inc. went bankrupt in September 2008, leading to a panic that wiped out more than $6 trillion in U.S. stock-market value in about six months. By 2009, CalPERS’s value had plummeted to $164.7 billion.

Since then, the pension fund has benefited from the stock market’s recovery after the Standard & Poor’s 500 Index touched a 12-year low in March 2009. The benchmark gauge of U.S. equities climbed more than 13% last year and has more than doubled since its low.

Apart from stocks, CalPERS invests about 17% of its money in bonds, 14% in private equity, 9% in real estate, 4% in cash-equivalents, 4% in inflation- linked holdings such as commodities, and 2% in forestland and infrastructure such as airports and power plants. "We held on to our allocation," the 61-year-old Dear said. "We believed the markets were going to come back and we held our allocation at around 50% and that decision has been justified."

After CalPERS’ real-estate portfolio lost almost half its value by the end of the 2009 fiscal year, Dear set out to shrink leverage used to make purchases, got rid of underperforming managers, focus on core income investments such as rental apartments, industrial parks, offices and retail space. It also sold off a fifth of its speculative residential housing.

The real-estate unit returned almost 13% in 2012, averaging 6% in the past three years, though that’s still below its internal target of 10%.

OK, if I understand this well, according to Bloomberg, CalPERS real estate averaged a 6% return from end 2009 to end 2012, while according to the Wall Street Journal, which cites Wilshire Consulting, it lost 24% between mid 2009 and mid 2012. You tell me.

[..] But while union-backed politicians gained power after Nov. 6, the financial problems faced by CalPERS and other funds are growing, especially if Moody's, the prestigious credit-rating service, changes the assumptions it uses for calculating public-employee pension debt. As we've argued before, the math equations will soon overtake the political calculations. [..]

CalPERS estimates that its investments will earn a 7.5% rate of return, even though they managed only 1% last year. That's an aggressive and unrealistic assumption, but the higher the projected rate of return, the less the projected debt. This is where the games begin. Supporters of these outsized pension formulas want to hide the amount of debt and the approaching problem by embracing unrealistically high rates of return.

Moody's calls for lowering the assumed rate of return to 5.5%, which still may be too high. Moody's can't force local governments to do anything, but its formulas determining creditworthiness affect how outsiders evaluate the financial health of government agencies and lending rates for bonds.

"These counties pay about $640 million each year to their pension funds. These adjustments would increase this annual payment to $1.4 billion – from 29% of payroll to 63%. To put this in perspective, payments to pension funds and pension bonds today consume about half of these counties' independent property tax income.

These adjustments show they should consume ALL county property tax income."

And in that WSJ piece by Robbie Whelan and Craig Karmin I quoted above:

CalPERS, the giant California pension fund, is dumping one of its last major housing investments at a big loss. In a major step toward winding down a two-decade program as the pension world's biggest player in the U.S. housing market, CalPERS is selling a portfolio of 28 housing communities to a partnership between San Diego-based developer Newland Real Estate Group LLC and an affiliate of Japan's largest home-building company, Sekisui House Ltd.

The portfolio, which includes 16,300 unbuilt home sites and thousands of acres of additional undeveloped land in 11 states, represents about one-fifth of CalPERS' residential land portfolio. People familiar with the terms said the portfolio sold for between $500 million and $600 million.

At that price range, the deal values each home site at about $35,000, at most. During the housing boom, big builders would typically buy the land underneath new homes for $75,000 to $150,000, depending on location and state of infrastructure completion. This means that CalPERS, which bought the property over about five years starting in 2002, is likely suffering a loss of as much as 30% to 50%, the people said.

CalPERS move comes after three years of distressed-land sales by other major owners, including builders and banks that have driven down values by as much as 75% in some markets. CalPERS has resisted a major liquidation of its holdings until recently.

During the past decade, CalPERS was the biggest U.S. public pension fund investing in residential housing and land deals, in certain deals using debt to finance up to 80% of the purchases. That boosted returns, but also risks.

Currently CalPERS has about 9% of its $226 billion in assets invested in real estate. Up until the crash, the pension fund used the proceeds from its housing investments to make payments to over 1.5 million state retirees.[..]

After the bubble burst, CalPERS began suffering losses on a number of deals—losing more than $900 million on one deal alone. Last year, the pension giant started overhauling its real-estate-investment program and since then, it has put in place a plan to sell down its portfolio and concentrate on safer, income-producing commercial property.

CalPERS officials think they are moving in the right direction. While the real-estate portfolio lost nearly half its value, or about $10 billion from March 2008 to June 2009, CalPERS says, it has rebounded more recently. For the 12 months through September, the most recent numbers available, the real estate portfolio returned 14%, according to CalPERS.

That return last year beat the Standard & Poor's 500 Index, which fell 1.3% through September. But CalPERS real estate portfolio return for the three year period ending in June wasn't as pretty: it lost 24%, according to Wilshire Consulting.

Moody's says CalPERS should lower its assumed rate of return to 5.5%, because it can't achieve the 7.5% the fund itself estimates it will make. It's today selling real estate holdings that have fallen from 30%-75% in value.

I get that CalPERS tries to hide losses through unrealistically high return assumptions, nothing new there. But these numbers are something else altogether. And I don't get it. Do you?