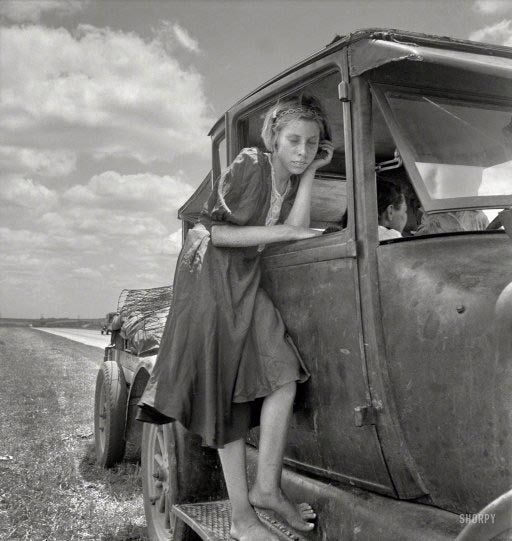 Last week I read a few lines in a Dutch newspaper article about pensions that immediately took me back to something I wrote in early May about youth unemployment – especially in southern Europe, where it's often 50% or more -. There is a common thread that links pensions to employment to stimulus measures: the younger generations invariably get the short end of the stick. Until they don't, of course, for they have one thing going for them. Age. Before they can play that ace, however, their parents seem intent on milking them for all they got. And I can’t help finding that curious, because it’s not at all what parents say they want for their children.

The Untouchables of the 21st Century

The numbers, let's focus on Europe for now, are certain to only get worse. How do we know? Easy as pie. It's a matter of political principle. All those unemployed young people are nobody's priority but their own. They simply don't have the political might yet to swing policy decisions in their favor. That is still with the generations of their parents and grandparents, who will vote against anyone trying to cut their wages and benefits.

Sure, the week after I wrote that, there was some mumbling from the likes of Angela Merkel and Spanish PM Rajoy to the extent that "something must be done", but nothing was, it was lip service only, and there are still exactly zero actual proposals to "do something".

People who are in power will do almost anything to hold on to it. That includes politicians, bankers, corporate executives. We can all identify those groups, and we love to rage against them. But political power in our societies is also defined by age. In that the young have very little of it, and the older have a death grip.

[..] … until recently there was the prospect of going out and getting as much as, or more than, one's parents have (a better life for my children). That prospect is now gone. But people are slow to realize and accept that. They'd rather believe otherwise, and there are scores of politicians and media willing to keep that faith alive. After all, their own livelihoods depend on it.

Unfortunately for our children, our believing it just about literally means we throw them away with the bathwater. And that can of course only spell trouble down the road. Unless we create all those millions of jobs for them. But we're not even trying: our politicians are busy only keeping us from blowing our gaskets over budget cuts and tax raises; they don't care about our children, because they're not the ones voting them in power. This is not a road to nowhere, it's a road to surefire mayhem.

If we wish to understand what's happening here, we can't just blame our politicians or corporate cultures, we need to look first and foremost at ourselves. We all hold on to what we think is ours, without thinking about the consequences for younger generations, urged on by politicians who are aware that it's not our children that decide the next elections, but who strive to make US happy instead, to secure their grip on power.

What happens with pensions is the same as what happens with unemployment. And with the economy in general, for that matter: all the stimulus measures are mere lipstick for zombies, which are kept undead with trillions upon trillions of dollars borrowed from the future. We reap the undead profit and leave our children with the bill.

Here's a translated abstract of that Dutch article in the NRC newspaper:

Dutch society – like many European ones – used to offer employees a – largely paid – early retirement option. That went off the table early in the new millennium. To compensate those over 50 who were now no longer eligible for the option, but had been paying into an early retirement fund, the government set up a transition fund that allowed them to build up extra pension rights (i.e. extra money when they reach 65 – or perhaps 67 these days?! -). The younger also pay into this transition fund, but they will at best get only a fraction of that back. There was an earlier court case about this in 2006.

Today's government wants to cut the amount the state contributes, through tax breaks, to pension savings funds. This hits the younger generation harder than the older, who've already built up more (about 25 years more) of their pensions under the more advantageous system. And that's not all: new plans aim to spare the over-50 from the disadvantages of the newly introduced system, which means the younger get to pay even more.

The conditions for the 50+-year old were part of a "Collective Labor Agreement", which is to say if the government would want to change them, everything would have to be renegotiated. Since we're 7 years on now, the 54-year old is 61, the 34-year-old is now 41, and there's a whole new generation coming into the active economy for whom any new agreements will be even less beneficial than for those who were their age in 2006.

Meanwhile, quite a few Dutch pension funds have lowered their pay-outs, something they must do by law if their coverage levels fall below 105%. Since people keep on convincing themselves that the economy is getting better (look at the stock markets), coverage levels have risen and cuts in pay-outs have subsided. But because this has largely been achieved by moving funds into riskier assets, the whole thing could well backfire with a vengeance (I'd say that's a given).

Moreover, because all pension plans are in their very nature pyramid Ponzi schemes that must necessarily break down when the numbers of new applicants decrease, things don't look good at all for young people, even provided they're lucky enough to find a job. They'll be required to pay ever more in premiums for the prospect of ever fewer pay-outs 30 or 40 years from now.

Those who are now over 40 are only just moving into the "political power block". Those under 40 will see their interests continue to be trampled upon for years to come. That is to say, unless they force an overhaul of the systems that deny them the fruits of their labor.

Obviously, some people will look at the older generation and say: they worked hard all their lives, you can't take away from them what they built up through the years. And that makes sense, but only in a narrowish sort of way. If there is simply less to go around than everybody hoped/thought/fooled themselves into thinking there was, something must be taken away from someone. And why must that be the young?

The Dutch example is interesting because, never mind the exact details, there’s no doubt it can be regarded as a blueprint for all of the rich world's pensions funds and systems, and ongoing and upcoming discussions, negotiations and binding laws concerning them. All rich and allegedly democratic countries have similar power structures, in which a certain group of people quite literally rule the day (often for years). The older generation will refuse to give up what they have come to believe is theirs, and they have the political clout to support their demands.

I think it was Jay Hanson who said that a democracy can only function until people figure out they can vote themselves an ever larger piece of the pie. And even if he meant it as a general observation, it's true in this narrower sense as well. A 51% majority can vote itself a lot of goodies while denying the other 49% a lot of their basics. Nor does it stop there: lots of disillusioned young people don't vote, leaving the coast even clearer for their parents to rob them.

Should they then vote? It's not much use, is it? There's not enough of them. Through advances in medicine, the older part of the population grows faster than the younger ones. They can't win.

Should we tell them they have their entire lives ahead of them and they can work to make their dreams come true? Should we do that while we refuse to create jobs for them, as the Europeans do?

For many of today's younger people there are no jobs, and for most of those who do find jobs there will be no pensions. And the cherry on the cake is they are the generation that will be burdened with paying for the stimulus measures that are handed out to the world of finance today so it can keep its losses hidden and still live in style, just to make sure the sweet lives of older generations can go on a little longer.

If you're young, this is what your folks do to you. If you're older, this is what you do to your kids. I know I present it all in black and white, but that doesn't mean it's less true, it just makes the edges a bit sharper. The fact remains that we're busily and blindly running into the mother of all generational conflicts. Which in the end the young always win.

Of course you can also put all your hope and faith on your kids and their economies growing their way out of the predicament you have created for them, but can you really use mere belief to stopgap all your problems? People who grew up in the 1960's and 70's lived through the richest times the world has ever seen. It's all been downhill from there; we may have a zillion more gadgets and trinkets in our homes, but we pay through the teeth for what was a given back in those days, schooling, health care etc. Which are increasingly becoming unaffordable even with all mothers in the labor market. We're essentially been running to stand still for 40-odd years. And we're losing.

You had a good run guys, but none of it was ever your birthright. And sure, you may be fine, and even your kids may have nice jobs, but the same is not true for an increasing number of people around you. Maybe you should spare that a thought. You know, start counting.

If you're interested in more than just tomorrow, or more than a short-term profit, thinking about this is a lot more important for your future than anything Ben Bernanke says or doesn't say. In comparison, he's just a big hollow load of Kabuki. Mr. Bernanke couldn't find solutions to problems such as these if there were ten of him; his job is to hand your money, and your childrens', to a bunch of gambling addicts, and hope you don't notice. He's almost gone, and you haven't. Just remember: gullibility is not on your list of birthrights either.

Home › Forums › Why And How The Young Are Screwed