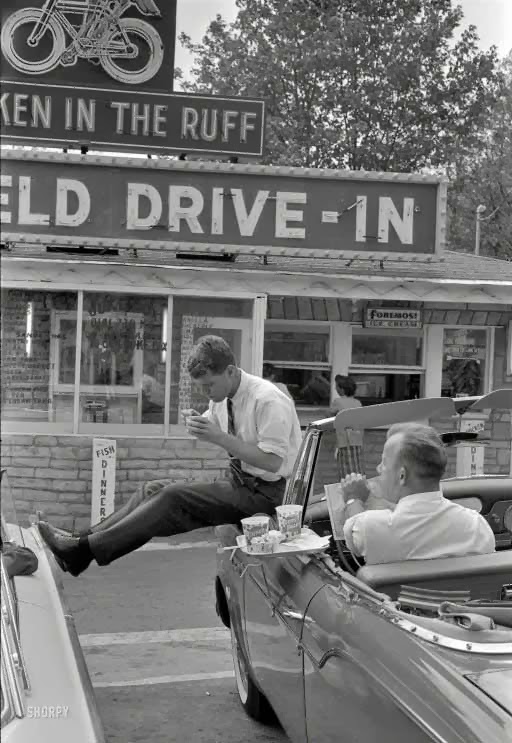 “John F. Kennedy’s 1960 Democratic presidential nomination campaign in Bluefield, West Virginia”I was, well, still am, reading up on the latest developments in the wonderful world of Libor, and the name JPMorgan pops up a lot in connection with all that. There’s of course the recent -probably still tentative – $13 billion settlement with the US Justice Department. Seeing all the separate cases that have either been settled or are under active investigation in which JP Morgan is mentioned, along with a couple small lists in the WaPo And HuffPo, I figured it might be a good idea to make a more complete list (though I have no doubt I could make it twice as long) of actually investigated cases America’s largest bank is a part of.

JPMorgan’s total assets amount to $2.509 trillion, its derivatives exposure is $70-$80 trillion, and it’s certainly too big to fail and systemically important. But seeing a list like this, how can anyone not wonder that if this is what the system depends on, the system itself is so rotten we need to get rid of it? I mean, what does it take, a modern day version of the Untouchables? Not that I think they’d get JPMorgan for tax evasion, mind you. But right now, nobody gets them for anything at all, except for a few billion here and there in fines that the perpetrators themselves don’t even get to pay. The $13 billion settlement is only just over a third of what JPMorgan is spending on lawyers to defend itself and it executives.

Or, as Katrina vanden Heuvel puts it in the Washington Post:

Jamie Dimon will pay the fines with other people’s money — that of his shareholders. Neither he nor his officers who made out like bandits from their fraudulent practices are asked to chip in a dime. In fact, the $13 billion is itself something of a put-on. Only $9 billion is in cash, and much of that may well be tax-deductible, meaning taxpayers will get part of the bill. Four billion dollars is in “mortgage relief,” which the banks have been notoriously successful in gaming, providing “relief” by discarding underwater mortgages, “allowing” homeowners to do a short-sale that costs them their homes.

Here’s my list. JPMorgan has already paid billions to settle charges, and in many cases faces ongoing investigations, for:

(1) Manipulating the market in the London Whale trading debacle

(2) Rigging energy prices in California and the Midwest

(4) Bilking credit card holders by fixing prices and interest rates The bank said it will pay about $1.2 billion to settle charges that it conspired with MasterCard and Visa to rig credit-card swipe fees.

(6) Gouging some 6,000 active-duty service members on their mortgages

(7) Mis-selling interest-rate swaps to the city of Milan, Italy in 2005

(8) Enron – The bank and some of its executives are still being sued over the bank’s relationship with the fraud-based energy giant, more than a decade after its failure

(9) Aiding and abetting Bernie Madoff’s Ponzi ; the Madoff bankruptcy trustee and others have also sued the bank to get back some Madoff clients’ money

(10) Its relationship with failed brokerage firm MF Global ; it is also being sued for allegedly aiding and abetting MF Global misuse of customer money.

(12) Allegations that it knowingly sold faulty US mortgage securities ; after [direct discussions between the bank’s chief executive, Jamie Dimon, and Attorney General Eric H. Holder Jr.], JPMorgan reached a tentative agreement with the Justice Department to pay a record $13 billion

(13) Manipulating EURIBOR (and yen Libor) rates , in a case in which the EU’s Competition Commission is set to impose up to €5 billion in fines to a group of at least 6 banks

(14) Manipulating WM/Reuters rates ; JPMorgan is one of 7 banks that have confirmed investigators in the U.S. and Europe are investigating their foreign exchange trading and manipulating of WM/Reuters rates (an industry-wide standard used in determining closing prices in the $5.3 trillion-a-day foreign exchange market, published hourly for 160 currencies and half-hourly for the 21 most-traded. )

(15) Manipulating Libor rates In the bank’s own words in 2012: “JPMorgan Chase has received subpoenas and requests for documents and, in some cases, interviews, from the DOJ, CFTC, SEC, European Commission, UK Financial Services Authority, Canadian Competition Bureau, Swiss Competition Commission and other regulatory authorities and banking associations around the world.”

(16) In a separate case: Colluding to artificially lower the Libor rate ; between 2007 and 2010, in legal action brought by US mortgage provider Fannie Mae, which alleges that the collusion led it to lose money on interest rate swaps, mortgages and mortgage-backed securities, with a $332 million loss just from interest rate swaps. Fannie seeks to recoup $800 million.

My guess is that should be more than enough to revoke JPMorgan’s banking license, at least temporarily. Instead, the bank keep posting huge profits and the executives involved in all these cases keep receiving huge bonuses. Of course there are people honestly trying to hold Jamie Dimon and his gang responsible for their actions. But as long as they can’t be simply put out of business, as anyone in just about any other sort of business would, it’s not much use. Fines and settlements are a waste of time and money if someone else winds up paying them. And what does it say about America if it feels that it must let these guys get away with everything and anything? In my mind’s eye, I see one of those typical endings to an old John Ford western, with both the spirit and the rule of law riding off into the sunset.

Home › Forums › Why Does JPMorgan Still Have A Banking License?