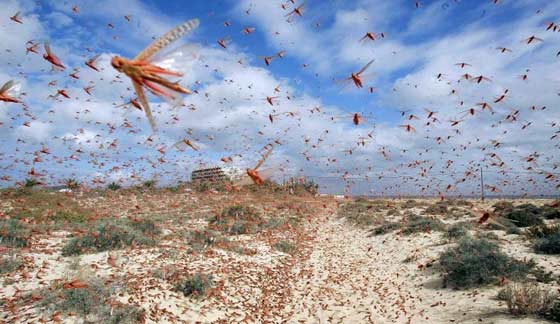 For the financial markets, the situation in Europe can't get bad enough. The worse it gets, the higher the likelihood that more taxpayer funds will be pumped into the system. These funds will not achieve their ostensible goal, which is to "heal" the economies of the countries whose taxpayers are forced to pick up the tab. Those economies have been battered and indebted so badly that there's zero chance of them returning to "normal" growth and paying "normal" returns for many years to come, if ever.

To keep the large investors who shape the markets happy, the only resource left is taxpayer funds. Which is very fundamentally wrong, not just morally, but especially economically. It constitutes a de facto return to feudalism (the lord of the manor levies ever higher "taxes"), which, at least from our 21st century point of view, is quite simply not an economic – never mind societal – model that works.

Hints like those provided by ECB head Mario Draghi last week, that work is being done on more bailouts and more bond buying programs, can still send the markets into a tizzy. Not because there are expectations of economic recovery, but because there's more free lunch to be had for the few at the cost of the many. Which is why what we see is that while the economic situation in Europe continues to decline, stocks rise. Those in the know and with a seat at the table are all in: they have their shorts and default swaps all prepared, and if that isn't enough, they will be bailed out. They win whatever happens.

European taxpayers, if they have paid attention, can and will expect no such thing. Indeed, they are guaranteed to lose both their wealth and their freedom, whatever happens. That is, until they break free from the shackles of the financial system. They will have to gather by the millions in city squares and in front of palaces and parliament buildings to accomplish that. And that is something they won't do until things get really bad. Well, don't worry, they will.

Meanwhile, the mainstream economic focus, which through the media has become just about everyone’s only focus, is simply completely wrong. While everybody keeps following the stock markets, our futures will be decided elsewhere: in those same city squares and in front of those same palaces and parliament buildings. It makes no difference for the fate of our societies and communities where the stock markets stand. Or rather, even, in today’s world a rising stock market means the man in the street gets poorer, since it can only go up if more of his money is fed to the beast.

Healthy stock markets can be a valid barometer in and for a healthy economy, but we're nowhere remotely near health in either. The economy is drowning in debt, and if stocks are up it's only by the grace of taxpayer fund handouts combined with the lingering locust clouds of zombie money generated and facilitated by make believe accounting standards.

There are ways to deal with a situation like this, and they have existed for a long time. They do have to be actively imposed, though, by a society, for the benefit of that society, since no man and no institution will volunteer to restructure their finances. Not if they can get away with hiding their debts and pretending they're still wealthy, let alone with getting their hands on their neighbors' money to achieve that.

There are many different bankruptcy and restructuring laws in the world, but the essence remains the same: liabilities are subtracted from assets, and if the resulting number is negative, creditors are forced to take haircuts. The purpose is not to let people get away with wild wagers, but – importantly – to keep the economy healthy. Creditors pay for having made wrong investments, and the bankrupt or restructured person or entity is freed to generate revenue and spend it into the economy.

As for reckless and irresponsible wagers, bankruptcy laws have long since been written to deal with them in appropriate ways. The problem about what happens today is that laws are ignored, not that they're not there.

Restructuring the debts across our the board is the only way there is to move ahead into the future with our societies more or less intact. It is as simple as that. Find out where the worst debt is, and deploy defaults, bankruptcies and haircuts. The individuals and institutions most affected will be those that engaged in the most reckless wagers and the dumbest investments. And what's wrong with that? Not a thing.

So why isn't it happening? Because the biggest losers of them all have been declared too big to fail. And they have losses hidden in their books that are spread across the entire financial system. If even one large enough country, take Spain for instance, would impose the sort of haircuts on its creditors that Greece has (70%+), losses would materialize, first in Spanish, French, Dutch, German and British banks, and then across the pond to Wall Street, that would bankrupt the banks themselves, and their shareholders.

The only thing that's truly important to acknowledge in this is that in the present situation the debts will remain no matter what. A lot of people will argue that default swaps are a zero sum game, but that's a false argument. Take a good look at AIG and you know why. CDS are a domino game: as long as all dominoes remain standing, all seems well. But if only one starts tumbling, it's prone to take many others down with it. The US rescue of AIG didn't solve this issue, it merely served to hide it. It laid a cushion under the falling dominoes, but they were not standing anymore.

Even those parties that could have demanded AIG pay up its counterparty risk preferred to settle (in a myriad of ways) instead of risking all of their own dominoes to fall. There are tens of trillions of dollars in debt, wagers and losses out there "insured" by these "financial innovations", and hiding $2 trillion of that debt is worth much more to them than being paid $2 billion.

The US government, of course, complied in the case of AIG, paid out hundreds of billions, and unceremoniously smothered all normal accounting standards, whether that is exactly legal or not. The law, back then, was what Hank Paulson said it was. And Ben Bernanke.

Today, the EU and ECB and ECB are getting ready to do – more of – the same. They plan to put €300 billion or so into the gaping hole that is the Spanish economy, and bulk up on sovereign bonds from Italy, Spain and others.

So where's the money going to come from? Is anybody asking anymore at all? And if not, why?

The elected and unelected officials who occupy the eurozone drivers seats right now, whether they're ECB or IMF or EU, are not trying to save the economies of the nations whose interests they pretend to represent. Their task is to transfer whatever amounts of taxpayer money it takes to save the major shareholders of the major banks of the world. That's why Draghi and Monti and Rajoy and Venizelos and Christine Lagarde are where they are.

And the question remains – I ask it all the time – how much longer they will be allowed to do this. It's starting to look ridiculous from where I'm sitting. More bailouts without bank restructurings are bordering on insanity (or did you think the Spanish banks are healthy now after that €100 bailout?).

God forbid they give one of the emergency funds a banking license, that would truly make this thing drag on virtually endlessly. And since none of the European political leaders will volunteer to open the books of their own banks, the inevitable solution – which is written in the stars – will have to come from somewhere else. Any takers?