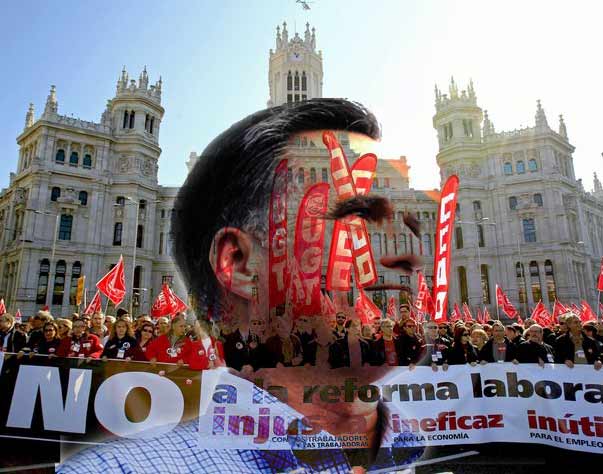 Let’s be clear about this: Mitt Romney can only win the election if the American economy numbers plummet – significantly – in the next 30 days. Mitt's op-eds about the Middle East are not going to cut it. That is, of course, major caveat, unless Mitt has Diebold firmly in his pocket. But that for us is a known unknown.

There can't of course be any doubt that the US economy is a really big, if not the number one, factor that decides the presidential elections stateside. If things look good financially, the incumbent president sits pretty; if they are scraping the gutter, (s)he risks getting all the blame for it.

But who really knows whether the economy is looking up or falling down? Just about all the truly relevant data reside either in dark vaults or in some remote region of cyberspace protected by prime numbers and black holes.

Hence, and this is no coincidence, it’s not the real state of the economy that matters, it's the perception of that state that drives the opinions of experts, analysts, pundits and the public at large. And that is true, obviously, not just in the US, but on both sides of the pond, and beyond. All incumbents across the planet have a huge interest in making their economies look as good as they can get away with. You better look good than feel good.

For the challengers that is not exactly true. They can score credits by pointing out where things are not working, and by talking about how – and how much – they would do better. But they can't really go all out, because perception and opinion have reached a certain more or less stable level, which doesn't allow for an overdose of difference. Metaphorically speaking, you have space for perhaps a 10 or 20 percentage point deviation from perceived wisdom, but never 90%.

Go too far and you risk you entire nation's ridicule. It doesn't matter whether you're right or not. And on top of that, all your potential voters have a vested interest in the same illusion that the incumbent has: too rosy a picture of their own circumstances. A very human condition, we're all great liars.

So what's a challenger to do? Not a lot of room to maneuver. Then again, it seems quite simple really: Mitt Romney would seem to need a dramatic event that changes everyone's perception of the economy. Headlines such as "Republicans Want Mitt Romney To Destroy Obama On Libya This Week" clearly won't do it.

Ergo: ideally, the Republican team must push the button on Greece or Spain. Make sure that for either, or both, or a dark horse (Ireland, Italy), there's a strong hint, danger, or just the perception thereof, that they will leave the eurozone in the near future, if not tomorrow morning. That would cause an earthquake across the world's stock exchanges. And that might suffice to shake up American voters enough to cause a dramatic shift in the polls and eventually the election.

It would, however, also cause a huge move into the US dollar, perhaps gold, temporarily, and that might not be all that great for Mitt once he's taken up domicile at 1600 Pennsylvania Avenue. Would he care? Doubt it.

But does it really matter if Romney would speed up the demise of Greece or Spain? They're going down anyway. It might turn out to be a blessing in disguise for them. The ones really hurt would be the banks and their owners. Come to think of it, that might be precisely the reason Romney won't try.

At the same time, it should be clear both to him and to his backers that he has no chance of winning if things remain as they are today. So why haven't they pushed those buttons yet? Good question. Known unknown again. Spending hundreds if billions of dollars on luke warm TV ads just to see the other guy take it with ease, and a big smile to boot, where's the fun in that? Makes you wonder who backs Romney, and why? And why are they satisfied with this boring "race" to nowhere? Walter Mondale ran a more exciting campaign than this, for pete’s sake.

If I should venture a guess, I'd lean towards the idea that Romney and all his über-rich "friends" (he doesn't strike me as a man with an overdose of real friends) are stuck inside their own paradox. To make him win, they need to cause or hasten an economic disaster. But that would cost them a lot of money, far more then they spend on the campaign. Big gamble. One which by now, 30-odd days before the election, they are undoubtedly aware of. And that can only mean that anything can happen. Only chaos is certain. Unless Mitt's been a set-up patsy boy from the get-go. Hey, at least that would explain Romney's non-campaign so far.

As for the global economy, at least the fundamentals are clear, even if everyone and their pet parakeet are still watching the S&P for their work-daily feel-good dose. To wit, here's my daily grab:

EU unemployment rises to record. Mass protests in Portugal and Spain; teargas, rubber bullets and all. Ireland becomes a nation of feeders. Japan sentiment more pessimistic than it has been in ages. Spain needs €60 billion bank bailout, Spanish banks will need up to €105 billion, warns Moody's, Spain wants to borrow $267 billion in the bond markets. Iran's economy "is not collapsing, but it is on the verge of collapse". Dutch home sales down 5%, prices down 8% yoy. UK housing prices keep falling. UK manufacturing downturn deepens. France manufacturing nosedives. Car sales collapse in Spain and France. 'Six-month real M1 money' is contracting even faster in France than in Spain. Greece enters 6th year of recession. Chinese manufacturing contracts. Australia contraction in manufacturing new orders extended into a seventh month. Australia is "a credit bubble built on a commodity market built on an even bigger Chinese credit bubble," wrote SocGen's Dylan Grice. Yada yada.

Easy pickings for Mitt, one would say. Bulldoze Greece, hammer Spain, deplete Portugal, delete Ireland. From that point of view, it's potentially going to be a great next 30 days. Will Romney step up to the plate and do to a country what he routinely did to the companies he bought at Bain? He is sort of a specialist at bankruptcies, lest we forget. Convenient. Very.

Honestly, it seems a bit late in the day, but then, this is a world full of unknown knowns. If Mitt Romney and Paul whatshisface don't do something spectacularly dramatic soon, they'll have lost the election. They have nothing left to lose. That is, unless they're patsies, and were set up to lose.

All the opportunities are there, let's see if they grab on to them. If they don't, let's wonder why. Come to think of it, they may be aiming to expose Obama as a child molester or something weird like that, but that, though a winner, looks to be a long shot. Obama's machine is not entirely clueless.

No, if they want half a chance, it has to be either the economy or the Diebold machine. Me, I’m planning to sit back and enjoy.

Just a side word of caution: all those economies that try to make you believe they're recovering, doing well, great: they're not. The whole kit and kaboodle is broke as can be. And that can be used for political purposes, but Romney has to be clever about doing that.

For now, Europe seems to be in line with Obama's request to let Greece, Spain remain in the eurozone until after the election. That makes the EU a pretty big factor in the US elections. Well, unless you believe that Greece et al can stay in the eurozone forever. If you don't, the perception – and deception – being perpetrated these days keeps the S&P where it is, and thereby Obama where he is. So what will Mitt do? Sit back and let Europe decide the US elections? Makes him a patsy!

I already said it's going to be an interesting next 30 days, didn’t I?

Home › Forums › Will The Collapse Of Spain Put Romney In The White House?