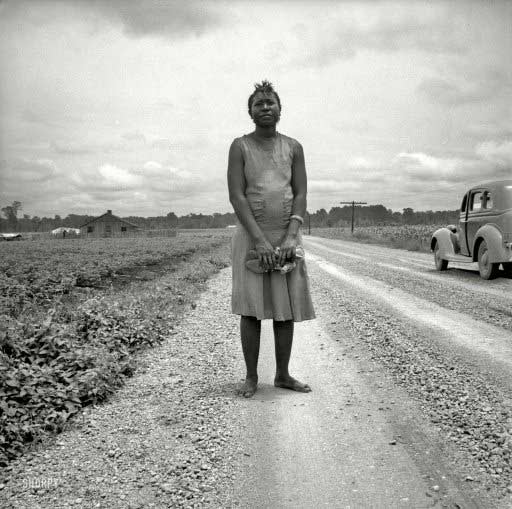 As Groucho once put it: "I've had a perfectly wonderful evening, but this wasn't it."

Vaclav Klaus is perhaps the only man out there I've seen so far who says the right things. Well, other than myself, that is. Chest thumping? I'm just worried, and increasingly so, by the level of complacency I witness every single day in whatever it is I see and read about Europe (I read a lot).

People follow stock markets. In the sense that if the markets are doing fairly well, they think everything else must be doing fairly well too (like their own lives). And that's all they do. But you can't gauge European reality through looking at stock markets. That seems to me to be so obvious, and I've written about it numerous times, that the ongoing head in sand blinders become harder to bear every single day. We're not talking about the number of flatscreen TVs the Greeks and Spanish can buy, we're talking about their bare survival.

That head in sand following of stock exchange digits is not smart, not for anyone. It allows for Ben Bernanke to claim he wants to attack unemployment – something that sounds good, beneficial – (but hardly his mandate to begin with), while all he actually does with QE 1,2,3,4,5, n…, is transfer bank losses to the public account. Ditto for Draghi. Central bankers don't help the nations they purport to represent, they represent the banks in those nations. And since the largest banks are multinationals, the central bankers largely represent international banking interests. Not you or me.

Central banks are the ideal conduit for Grand Theft Auto. And they will remain so for as long as the people in the street can be fooled into thinking that it's their interests that are the focus of the bailouts. More jobs, cheaper mortgage loans, that sort of thing. It doesn’t stop, does it? I see a big coordinated push from builders, unions, banks, developers etc. for the yet to be formed new Dutch government to make it easier for more people to borrow more money, in the face of the 5% drop in sales and 8% drop in prices the country saw in 2011.

And tons of people undoubtedly WANT to borrow more. Because they see no connection with the lower prices. On the contrary, they've been fed the idea that lower prices, like the entire recession, is something temporary, so they even see it as an opportunity. To buy more. To buy larger. 10 years ago Dutch home prices rose 20% per year, for years on end. And they all think that is some sort of new normal. Why the builders and banks think so is obvious. Why the buyers do, not so much. They are simply never told what is real. Not by builders, not by banks, and not by the people they voted into government.

Well, here's your reality, homebuyers in Holland and everywhere else in the western world: you're signing up to be shoved into the lower ranks of a pyramid scheme. You will start losing your jobs, your benefits, your pensions, but your debts will remain as high as they are now. And if you can't pay them off, your debts will grow.

Who should take preference when it comes to government protection and information, banks and industries, or the people? The official line of course is that if and when the government makes sure the banks and large industries do well, the people's interests will trickle down and follow. But we have seen five years, at the very least, of proof that this is bogus. You can pour behemoth amounts of money into your banking system, but if its debts are behemoth squared, nothing will trickle down. Oh wait, that's not true. Something will start trickling down. Debt.< /p>

The people who are already knee and neck deep in obligations they will never be able to meet, have new debt laden on their shoulders every single day, and more so with every iteration of QE, and they will never be the wiser for it; the poorer all the more, however.

Along the same lines, the EU is trying frantically to keep itself together, and most of all obviously the eurozone. Why? Because it puts the interests of the banks and industries before those of the people, just like the national governments do. It's even working hard to get more power over more aspects of life in member countries, especially financial aspects. Nothing could be worse for member states. Once you give away the freedom your ancestors fought so hard for, you'll have to fight the same battles all over again to get it back.

Look, in the end it's real simple: the Germans and the Dutch don't really want to buy Greek products, they want the Greeks to buy theirs. But there’s no way, never was, that the Greeks can produce all the extra wealth they would need to buy those products. Selling off the Acropolis for cheap was always in the works. Not because the richer countries are so much smarter than the poorer, but because neither understand basic math. After all, how much olive oil can the average German household consume?

Which leads us to the point that Greece doesn't have now, and never had, any long term reason to be in the eurozone. Nor do Portugal, Spain, Ireland and a bunch of other nations, for that matter. Italy is a different case: it simply screwed up big time. Thanks to the Vatican, the Cosa Nostra and all the links in between.

Let's move on to Vaclav Klaus. Again. And again, let me say he's not my favorite man. Not even my fave Czech. He just happens to have the proper words. Here goes, as per Laura Zelenko for Bloomberg:

The exit of one or more member states from the euro won’t destroy the monetary union or the project of European integration, Czech President Vaclav Klaus said.

And a Greek departure from the currency would be a “victory” for that country, which has been a victim of the monetary system,

The Czech Republic, which pledged to adopt the euro as part of its agreement to join the European Union in 2004, is under no official deadline to do so and the question of joining the common currency is a “non-issue” in the country [..]

“I don’t think the euro as a currency disappears,” [..] “The issue is whether all of the 17 countries and potentially a few others should be or will be in this system or not.”

[..] the euro- zone system is punishing some countries that would be better off pulling out.

“Greece is a victim of the monetary union,” he said. “It would be much better for them not to be in the straightjacket. It would be a victory for them.”

[..] .. he supports European integration while not embracing the shift towards “unification, centralization, harmonization, standardization” of the whole continent, including the single currency.

“We were aware of the fact that joining the euro system was one of the conditions. But we are quite happy with the fact that there was no timing."

“It’s technically possible,” to manage the departure from a common currency, Klaus said. “It’s not true what all the politicians are saying about disastrous consequences. You have to do it in an organized way. You can’t allow an anarchy situation.”

Before we get back to Klaus, here's a relevant quote from the Guardian:

Spanish citizen movements, like those in Greece, Ireland, Portugal, Italy and France have demanded a debt audit, to see who really owes what to whom. Opposition politician Cayo Lara is asking for any bailout conditions to be debated in parliament, while a group called Judges for Democracy are looking at whether the virtual deconstruction of the social state could be unconstitutional.

Every single EU country should have a debt audit, it's just common sense. None are scheduled to have one, Why do you think that is?

What Vaclav Klaus says, and what I've been saying for a while, is that letting, allowing, Greece and other PIIGS to leave the eurozone is not as big of a negative deal as the politicians and bankers make it out to be. Not from the point of view of those countries.

The reason Merkel and Monti et al. keep on holding on to the Armageddon idea is that Greece, Spain, etc. leaving the EMU, will trigger actions in the financial world. There will be credit events, i.e. credit default swaps will have to be settled. Banks, governments, pension funds will have to write down losses. But those losses have already been incurred, they just haven't been put to paper. Creative accounting goes a long way, but not all the way. Of course, the EU and ECB will have to incur and declare losses on their PIIGS bond holdings too.

The only way forward for the EU and the Eurozone is to let the weaker members leave, and to let them do that with grace, respect and dignity. Anything else is not just doomed to fail, it's doomed to incite violence. Europe has a long history, and it doesn't take much to evoke lots of that, any and all of that. Not something to leave in the hands of Mario Draghi, that's for sure.

Look, I'll say it here and now and you can hold it against me on future developments: The EU must, make that capital MUST, not just allow, but facilitate for its weaker members to leave the eurozone. If it doesn't do that, it calls upon itself the wrath of the gods (Europe has lots of those).

As per Draghi and Merkel and Monti et al., they have no plans for that kind of facilitating. Not because they like the Greeks so much, but because their banks would need to – at least partially – come clean; derivatives, don't you know. And those banks are far worse off and much more broke than anyone has been allowed to know.

Unless a sufficiently large number of us wake up in time, as in right now, people will be shot to death in the streets of Athens and Barcelona just so the banks can continue to hide their losses. Is that the kind of world you want to live in? If not, why are you sitting in that chair?

So yeah, you're right, there's more than one way forward for Europe. Most of them lead to futures ugly enough for all of us to reject right out of the bat. The one that doesn't is the only real way, and it requires for all of us, Europeans, Americans, everyone, to stand up and act. Too bad we're too busy counting our pieces of silver and gold.

Home › Forums › There's Only One Way Forward For Europe, And This Isn’t It