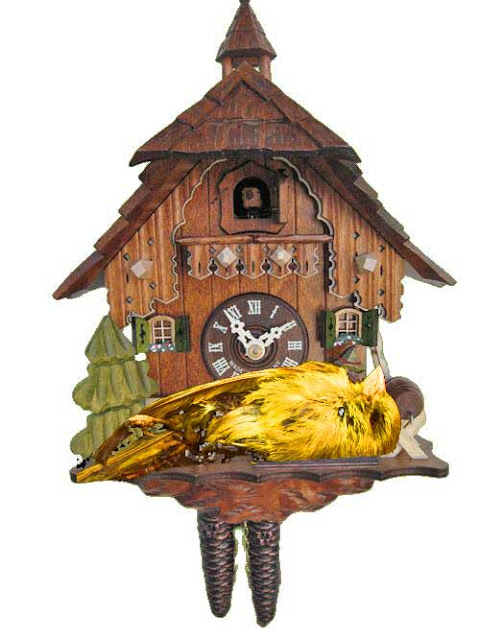 Ilargi: Long time TAE afficionado Skip Breakfast, whom we met in New Zealand 2 months ago, wrote a piece that I think will resonate with many of you, since trying, as many undoubtedly have done, to warn people away from foolish decisions based on equally foolish perceptions of continuing growth, economic recovery just around the corner etc., is neither an easy nor a grateful task. And especially when loved ones and close and dear friends are concerned, it can be awfully frustrating. Please do share your own thoughts and experiences in the comments.

Skip Breakfast: I decided to post this comment under the "Community category"–hope that's okay. Actually, if there were a "Family" category, I would have lodged it under that instead. Or maybe the "My Sisters Think I'm Crazy" category.

I wanted to post this story for the same reason many of you probably come to TAE on a regular basis: we come not just to expand our understanding of finance, but to connect with like-minded individuals and not feel so utterly alone. Because honestly, there aren't that many of us. Sure, one might believe everyone's a "doomer" after spending a bit too much time reading finance blogs.

But the truth of the matter is, almost no one I meet anywhere, no matter what level of intellect or education, no matter what occupation, from finance to oceanography, not a one that I encounter in the real-rather-than-the-virtual world seems to be remotely aware of the risks inherent in the current system. Like my sisters.

Now, the first time I tried to raise a few alarm bells with my loved ones was when Dad sold off the family ranch to my youngest sister. It's not a particularly productive ranch. It's in a cold, rugged and beautiful part of Canada. I love it with all my heart. But at the time of the sale, it was grossly inflated in value, along with the rest of the real estate bubble.

At the time, I had only recently become aware of just how precarious our world's financial ponzi scheme had become. So, I tried to persuade my family that we should take advantage of this once in a lifetime opportunity to make out like bandits and preserve some capital for a torrentially rainy day. Bad move on my part, apparently. Somehow it all came off looking to them like I was some heartless profiteer who didn't care about family history or the desires of my siblings.

My warnings went unheeded, and my father sold my sister the home for a bargain according to the going rate of the day but clearly far too much considering my view of the future. That sister, sadly, has hardly spoken to me since. Nevertheless, I've told myself that when the day comes and she has to leave the house behind (it's hard to imagine the place as anything but a ghost-town-in-the-making), I will be there for her however I can.

I thought I might have better luck with my older sister. She's a single mom with a baby, living an over-extended lifestyle in the Big City. I feel she has even more to worry about. It's hard to be very adaptable when you're raising an infant in a concrete jungle–the thought that fragile supply chains suddenly make life difficult for her haunts me. So, I try to gently raise my concerns again. Very cautiously mind you–I know my reputation in the family now seriously colours my advice.

In fact, I hate bringing it up. But I tell myself it's my moral obligation. I love her little boy like he's my own (weirdly! as a gay guy without any intention of having children, I avoid the sticky creatures on the bus like they're infectious!). I start by talking a bit about how weird everything is in Europe, eh. And how I've read things might even get worse. Yes, yes, my sister agrees–poor Greece is really screwed!

Aha, that's an opening, and I try to pry it wider–I continue: you know, it really does concern me, I mean how we're facing the possibility of some catastrophic failure in the financial system like nothing we've faced in our or even our parents' lifetimes. If ever there were a good time to put some food and cash away, this is it, I say.

Her response is downright curt. "I'm starting to get very concerned about you Skip. You seem obsessed. You can't stop talking about the end of the world." I go quiet for a moment. To be honest, I feel downright embarrassed, I really do. Is that how I sound? Like a raving lunatic? I realize that's exactly how I sound to someone who hasn't even begun to understand that the things we thought we knew about money and the state of our world are really, really quite wrong.

You see, it isn't that we're not on the same page–we're actually in completely different books. I try to back-pedal: I reiterate that I'm just very concerned, and there's no harm in taking a few precautions. I tell her I'm actually still having a great time in life (essentially true). And that I think that it could all turn out for the best (maybe the environment will be saved and we'll have a healthy reassessment of our societal values). But I'm now fully aware of the fact that she can't hear me.

I'm trying to be the canary in the coal mine, but my sister thinks I'm just plain cuckoo. I hang up the telephone feeling a million miles away (maybe because I am–I moved to the South Pacific a few years ago). I'm afraid I'm too far away from her to help, not just in physical distance but in point-of-view. There's just no bridging that gap, and it breaks my heart.

I don't try to bring this stuff up with friends anymore either. It seems to have no impact at all, even though I think of myself as being a fairly persuasive advocate when I believe in something. The gulf is plainly too wide. Maybe my words to my sister will help her react faster once things start falling apart in earnest. Just maybe she won't be as in denial as her neighbors and friends, because I helped plant a seed. I hope so, for her sake. I feel helpless to do much more than be there for her when the time comes.

But I'm just not going to talk about it anymore. Not with anyone, I don't think.

NOTE: Skip initially posted this in the Comments section HERE. Feel free to repost comments you put there, below this article.

Home › Forums › Cuckoo in the Coal Mine