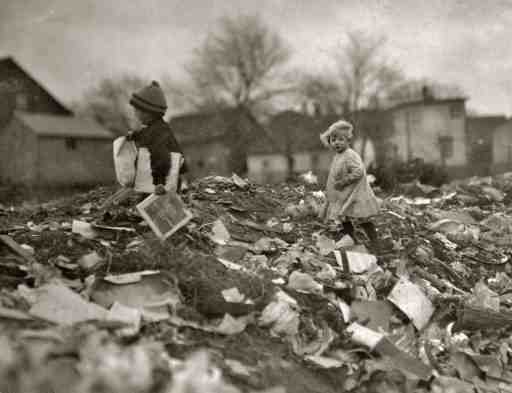 Stoneleigh: There are many things we have discussed here frequently that come up as questions in the comments because we are attracting new readers all the time. I thought it would be a good time to answer those questions en masse, so that there would be a URL to point to if the same questions should come up again.

The basic point is that we here at TAE are expecting deflation. Although inflation and deflation are commonly thought of as descriptions of rising or falling prices, this is not the case. Inflation and deflation are monetary phenomena. The terms represent either an increase or a decrease, respectively, in the supply of money and credit relative to available goods and services. Rising prices are often a lagging indicator of an increase in the effective money supply, as falling prices are of a decrease. There is an important distinction to be made between nominal prices and real prices, however. Nominal prices can be misleading as they are not adjusted for changes in the money supply and so do not reflect affordability. Real prices, which are so adjusted, are a far more important measure.

Nominal prices typically rise during inflationary times as there is more money available to support higher prices, but prices need not rise evenly, and some prices may fall, depending on other factors. In real terms the picture would be quite different, as increases would be smaller and decreases would larger. When nominal prices fall despite inflation, it means that the price in real terms is plummeting. For instance, global wage arbitrage allowed the price of imported goods to fall drastically in real terms. In deflationary times, nominal prices typically fall across the board, but prices need not fall in real terms, and, in cases of scarcity, may well rise.

The easy availability of cheap credit has conveyed a considerable amount of price support – price support that will be progressively withdrawn as credit tightens. Prices will fall, but the collapse of credit will cause purchasing power to fall faster than price, leading to the apparent paradox of nominally cheaper goods being less affordable in the future than nominally more expensive goods are today. Moreover, there are likely to be substantial changes in relative prices between essentials and non-essentials. As a much larger percentage of a much smaller money supply will be chasing essentials such as food and energy, there will be relative price support for those items. In other words, while everything is becoming less affordable due to the collapse of purchasing power, essentials such a food and energy will be the least affordable of all, whatever the nominal price. People commonly speak of unaffordable prices as a result of inflation, but do not realize that deflation can have the same effect, only much more abruptly.

Thanks to a credit boom that dates back to at least the early 1980s, and which accelerated rapidly after the millennium, the vast majority of the effective money supply is credit. A credit boom can mimic currency inflation in important ways, as credit acts as a money equivalent during the expansion phase. There are, however, important differences. Whereas currency inflation divides the real wealth pie into smaller and smaller pieces, devaluing each one in a form of forced loss sharing, credit expansion creates multiple and mutually exclusive claims to the same pieces of pie. This generates the appearance of a substantial increase in real wealth through leverage, but is an illusion.

The apparent wealth is virtual, and once expansion morphs into contraction, the excess claims are rapidly extinguished in a chaotic real wealth grab. It is this prospect that we are currently facing today, as credit destruction is already well underway, and the destruction of credit is hugely deflationary. As money is the lubricant in the economic engine, a shortage will cause that engine to seize up, as happened in the 1930s. An important point to remember is that demand is not what people want, it is what they are ready, willing and able to pay for. The fall in aggregate demand that characterizes a depression reflects a lack of purchasing power, not a lack of want. With very little money and no access to credit, people can starve amid plenty.

Attempts by governments and central bankers to reinflate the money supply are doomed to fail as debt monetization cannot keep pace with credit destruction, and liquidity injected into the system is being hoarded by nervous banks rather than being used to initiate new lending, as was the stated intent of the various bailout schemes. Bailouts only ever benefit a few insiders. Available credit is already being squeezed across the board, although we are still far closer to the beginning of the contraction than the end of it. Further attempts at reinflation may eventually cause a crisis of confidence among international lenders, which could lead to a serious dislocation in the treasury bond market at some point. If a debt-junkie economy can no longer easily raise funds, then interest rates would rise substantially and spending at home would be drastically cut. This would be the financial equivalent of hitting the ’emergency stop’ button on the economy, as it would cause a far larger rash of defaults than anything we have seen so far. We are not there yet though. Currently the dollar is benefiting from an international flight to safety, and it will probably continue to do so for some time, despite temporary counter-trend pullbacks from time to time.

We have seen a pattern of ebb and flow of market liquidity since February 2007, when the credit crisis arguably began. A constellation of market trends has largely moved in synch with liquidity. As liquidity falls, equities fall, bond yields fall (and prices rise), commodities fall, precious metals fall, real estate falls and the dollar rises, as cash becomes king. When we see market rallies, in contrast, rallies in bond yields, commodities, and metals are also common, and the dollar experiences a pullback. We appear to be beginning a market rally at the moment, which should lead to precisely this set of trend reversals. Such a rally is only temporary relief however. It may last for a couple of months, but then the decline should resume with a vengeance.

We have a very long way to fall, and the deleveraging process is likely to play out over several years.  During this time we can expect to be mired in a worse depression than the 1930s, as the excesses that led to our current situation are far worse by every measure than were those of the Roaring Twenties. Unfortunately, we are much less prepared to face such an occurrence than were our grandparents. Our expectations are far higher, our knowledge and skill base is much less appropriate, we are far less self-sufficient and we have a structural dependency on cheap energy. This will be a very painful time. Deflation and depression are mutually reinforcing, leading to a vicious circle of decline that is very difficult to escape. It will be over when the (small amount of) remaining debt is acceptably collateralized to the (few) remaining creditors. At that point trust will begin to rebuild.

For a longer and more detailed explanation of the credit bubble and deflation see The Resurgence of Risk – A Primer on the Develop(ed) Credit Crunch. This an article I wrote in August 2007 that was recently rerun on The Oil Drum, where I used to be an editor.