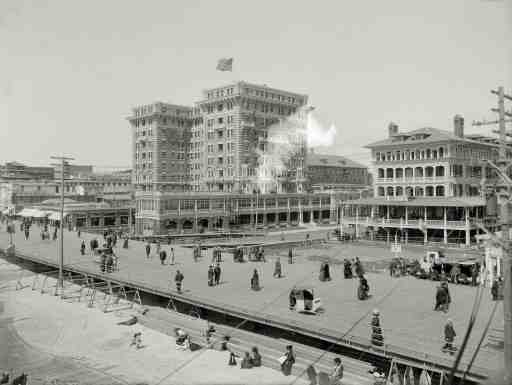 Stoneleigh: In recent years, the prevailing financial orthodoxy has been that markets are efficient mechanisms for resource allocation based on the collective expression of rational human decision-making, the implication being that they are grounded in stabilizing negative feedback. Markets have been seen as essentially dispassionate and objective arbiters of value, and their constant fluctuations as a random walk with no underlying pattern. It would follow therefore, that market timing would not be possible, and the best one could do would be to buy and hold a diversified group of equities chosen on the basis of perceived undervaluation. In my opinion, this model is simply delusional. As collective human endeavours, markets follow rules of collective, or herding, behaviour that are hardwired in us as they are in other mammals.

As humans, we respond subconsciously to the emotional signals of others, validating our own opinions by their conformity to received wisdom. We are genetically programmed to feel reassured by conformity to consensus, whether accurate or not, and to feel acute discomfort if everyone else around us thinks we are crazy. As trend-following is a recipe for social inclusion, consensus is a powerful force. Most market participants have no real information upon which to act. All they have to go on is what they see others doing, and the perceived comfort level of others in taking those actions. Unfortunately, the received wisdom they rely on is a lagging indicator of relatively persistent trends. By the time the advantages of a particular course of action have become common knowledge, it is almost always too late to act on them advantageously, as the gains will have gone to the early movers.

Some trends are persistent enough that they eventually attract a very wide pool of participants, as apparent gains amongst one’s peers eventually overcome the caution even of many inherently skeptical people. When they last long enough to overcome the caution of bankers, the result is easy credit to fuel the fire, and a blatant disregard for systemic risk. This is how the largest speculative bandwagons are formed – the ones that become manias and eventually lead to ruin for a large percentage of the population. Prices are  continually pushed up, irrespective of any reasonable objective measure of value, by those who think that it doesn’t matter how much they pay for something if there will always be a Greater Fool who will pay even more.  The evidence of pyramid dynamics where insiders and early movers benefit at the expense of later generations destined to become empty-bag holders – should be abundantly clear. The pool of Greater Fools is not limitless.

Markets are at heart a predatory wealth concentration mechanism for separating the herd from its money. They allow insiders to feed off the greed and fear of a momentum-chasing majority that is always fully invested at tops and fully liquid at bottoms. While the majority always hangs on for too long, giving back their erstwhile gains and more, insiders take a contrarian stance and reap the rewards. While some call this immoral, it is better described a amoral, and is no more unnatural than any of the many predator/prey relationships that exist within and between other species. While we generally prefer not to think of human societies in such terms, we delude ourselves to think that survival of the fittest does not apply to us. As individuals, we must be proactive rather than reactive, and we must not be complacent as the complacent become prey.

Markets have all manner of fluctuations at all degrees of trend simultaneously, which allow those who understand the dynamic to time their movements, at least probabilistically. Timing will be everything for a few years. Everyone forgets about market timing during long expansions when buy and hold seems so simple, but once volatility is the name of the game, market timing always makes a comeback. The pattern is one of positive feedback, which is inherently destabilizing.  For those who may be interested in the application of fractal geometry and Fibonacci mathematics to market timing, I would recommend The Misbehaviour of Markets by Benoit Mandelbrot, or the work of Robert Prechter, including Conquer the Crash .

However, society’s collective mood swings from optimism to pessimism are about far more than making, or more often losing, money in the market. Social mood tells you a lot about what people will collectively do, and as such acts as a leading indicator for a large constellation of effects. Prechter refers to this as socionomics and has written many books on the topic (some of which we recommend below). When the majority is in an optimistic mood, trust and confidence increase. People are prepared to take risks because they see a good chance of success, and their confidence becomes a self-fulfilling prophecy. They start companies, and invest for the long term because their ‘discount rates’ fall as their tolerance for risk increases. In other words, they value the future more than usual (although humans are collectively so biased towards short-termism that this increased valuation of the future is sadly never enough to actually preserve a future for the next generation). Mainstream environmental movements are always formed near highs in social mood for instance (but they disappear very rapidly when hard time short people’s horizons drastically). Optimistic populations also increase the social inclusiveness of their political culture over time, weakening the ‘us versus them’ dichotomy to everyone’s benefit.

Whereas long upswings generate trust, confidence, complacency as to risk, social inclusiveness and environmental concern, among other things (colourful clothing, cheerful if sometimes mindless music, an appreciation of beauty in art and literature etc), downturns generate the opposite. As the mood turns to pessimism, and a new negative consensus builds over time, the mood turns from greed to fear to anger, from social inclusion to exclusion (leading to increasing xenophobia and a blame-game), from care for the long term to worrying only about today and maybe tomorrow, and from risk tolerance to risk aversion. (On a more trivial note, people also begin wearing dark or drab colours, listening to angry and discordant music, developing a taste for horror stories and appreciating artwork that is deliberately ugly.)  A sense of common humanity is (tragically) weakened by a revival of a tribal ‘us versus them’ mentality, where ‘us’ is ever more narrowly defined and ‘them’ is an increasingly pejorative term. Once again the consensus becomes a self-fulfilling prophecy, as people over-react to the downside to as great an extent as they previously over-indulged to the upside. From the point of view of markets, risk aversion is the killer because lack of trust and confidence translates very quickly into a lack of liquidity. In a very real sense, confidence is liquidity in a world where money is essentially pulled from a hat through fractional reserve banking. Markets freeze up very quickly when the mood turns, and mood can turn on a dime.

If you read the mood of the crowd and watch consensus develop, it is possible to predict where events are headed, since mood is a leading indicator. Mood drives liquidity and financial decisions, which are followed in turn by economic effects and then by political fallout from those economic effects. We are currently witnessing the development of a large scale shift towards a pessimistic mood in the wake of the greatest optimistic bubble in history. As trust and confidence are progressively lost, I am expecting (in roughly this order due to differing time lags) ever-increasing increasing risk aversion, progressively less liquidity, enormous financial losses, angry recrimination leading to witch hunts of those who have been particularly successful at the expense of others, xenophobic persecution and demonization of other cultures, the election of populists prepared to play the blame-game at great cost to everyone, and finally war.

By understanding the nature and direction of social mood, it is possible to resist becoming part of a highly unconstructive consensus, although there may be a social price to pay for doing so. Retaining trust in one’s fellow man will become harder and harder, especially at a societal level. This is why we recommend establishing and cementing relationships of trust at the local level as soon as possible, as such relationships are the most valuable thing you can have in times of great upheaval.