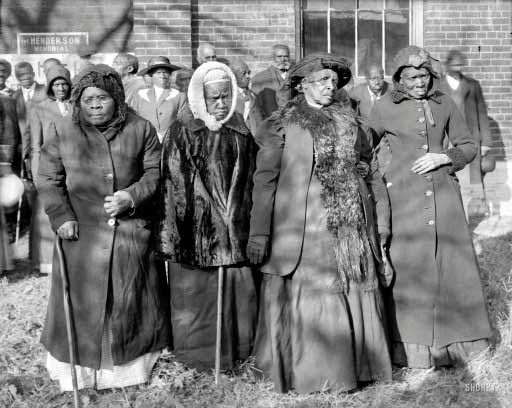 It is almost surprising that the concept of slavery is very foreign to those living in the developed world, especially the U.S., since it was extensively practiced as recently as 70 years ago. What’s more disturbing about this ignorance is the fact that the system of post-Civil War slavery in the U.S. was not so different than the systems of slavery many Americans and Europeans will be experiencing in upcoming years. Indeed, I’m sure many people will probably take offense to such a comparison even being made, as they feel it demeans the atrocious acts committed in the past.

I would argue, however, that we demean history by failing to understand it and learn from it. Many people refer to debt slavery when referencing current policies of the West, especially in Greece right now where the concept has become very real, but they perhaps still under-estimate how bad it can get. These systems of slavery are primarily borne out of deeply-rooted economic structures which foster high levels of dependency, greed and malice by those with unchecked levels of political power. In the late 19th and early 20th centuries, these powerful groups consisted of wealthy Southern agricultural and industrial elites.

In his book “Slavery By Another Name” [documentary here], Douglas A. Blackmon documents how very few of the 4 million slaves that existed at the end of the Civil War were actually allowed to realize their freedom until decades later. As the white middle class of the South grew from 1870-1950 (with the exception of some years encompassing the Great Depression), due in no small part to the success of Southern industry, the blacks were kept in their chains through various mechanisms, such as convict leasing and debt peonage, over and above the outright discrimination and violence that they also suffered.

The Southern convict leasing systems were a means of extending slavery for African Americans well past the Civil War, Emancipation Proclamation and the 13th and 14th amendments. Southern laws were crafted to guarantee that the now “free” African Americans would be incarcerated at much higher rates than whites. Blacks were picked up, hauled off and locked up for ridiculous crimes such as “vagrancy” (being homless or unemployed), loitering in public, speaking loudly in the company of white women or selling farm products after dark, to name only a few.

Once these people were matriculated into the prison system, they had effectively become slave laborers again. The state allowed convicts to be leased out to private corporations for little more than a pittance – convict laborers were rented out at monthly rates that represented a 50-80% discount over the wages paid to free laborers. They were forced to work in some of the most dangerous environments at the time, laying railroad and mining coal, and a significant percentage developed severe illness/injuries and died in the course of such work.

It is estimated that at least 9000 convict workers were murdered or died of “natural causes” over a few decades under this system alone. As one historian described it, the system was “brutal in a social sense, but fiendishly rational in an economical sense”. That is really the crux of the matter – the Southern plantation economy, as well as newly developing transport industries, was very dependent on extremely low-cost labor, in both an economic and psychological sense. Convict leasing proved to be even more profitable than slavery in many cases, since there was really no need to keep the workers healthy and alive for very long.

Many African Americans were also placed into peonage or “debt servitude”, despite the fact that the federal government made it illegal after the accession of New Mexico into the U.S and the Civil War. These blacks were typically accused of falsely owing money or trivial sums, given sham trials and quickly sold off by the courts into a privatized system of debt slavery. The peonage contracts contained horrifying terms, allowing the employer to trade, confine, whip and beat workers as long as the debt was deemed unpaid, which could practically last forever.

It was established that some of the wealthiest Alabama farmers had their own “justices of the peace” who would fraudulently try and convict blacks on charges of unpaid debts. The federal government launched an investigation into these practices, and an Alabama court convicted a few of the farmers of public bribes and illegal debt peonage. However, they were given minimum sentences and then pardoned by President Theodore Roosevelt shortly after. Despite the investigation and state court ruling, this practiced continued in many Southern states for years after.

Another less explicit form of forced labor was sharecropping, in which the poor black farmers theoretically received a percentage of the profits from sale of a certain crop grown by them. However, these workers were forced to take out relatively large loans just to meet daily expenses and these loans sometimes carried interest rates upwards of 50% or 60%. At the end of day, many of these sharecroppers were treated just like slaves and received very little compensation for their work, besides the basic necessities of life.

It is probably quite obvious to most readers how all of these mechanisms of forced labor and debt slavery are still being practiced today and are only getting worse. The prison-industrial complex in the U.S. has become more extensive than ever, as the list of petty crimes for which people are incarcerated has grown longer (but still does not include corporate/banking fraud or political corruption at the highest levels). There are, of course, many serious offenders in the system, but the point is that it is becoming ever-easier for our modern “slavemasters” to blur the line.

Foremost among the petty punishment is for drug use and addiction, which, as Dr. Gabor Mate has insightfully explained (h/t El Gallinazo), are conditions that primarily develop from environmental influences at an early age (as opposed to genetics). The socioeconomic structures and growing wealth inequality embedded in our society, especially at this time of economic depression, places enormous amounts of stress on its poorest members and can literally re-wire their brains in ways that eventually lead them down a path of self-defeating drug addiction and associated behaviors.

In 2009, the most recent data available, 53% of state prison inmates were serving time for violent offenses, 19% for property, 18% for drug, and 9% for public order or other offenses.

About half (51%) of federal inmates in 2010 were serving time for drug offenses, 35% for public-order offenses (largely weapons and immigration), and less than 10% each for violent and property offenses.

Instead of working to change our fundamental economic structures and mitigate the stress triggers, our society has sought to “punish” and “rehabilitate” these people by placing them in environments of unprecedented fear and stress, such as prison. Given the amount of money and resources poured into the “war on drugs” in the U.S. over decades, there is never any shortage of people that can be easily sucked into this prison complex and then become a part of an enslaved labor force. Maintaining prisons and their populations has become very costly to taxpayers, but that’s the whole point.

The growing and increasingly outsourced U.S. prison workforce is frankly a wet dream for private corporations, just like the convict leasing system was for Southern corporate elites. They have already been stripped of almost all their freedoms through the system of incarceration, and can be forced to work for a very low wages in poor working conditions, under very strict levels of order and discipline. This pool of enslaved labor exploded since the early 1970s, as shown above, and therefore has already been thoroughly exploited by private corporations for many years.

On top of that, the entire business of building and running both state and federal prisons has been in the process of being outsourced to private corporations as governments come under fiscal pressure. These private interests now have even more incentive to help state and federal governments maintain the currently elevated number of prisoners. In recent years, the annual percentage increase in prisoners has dropped off, but that’s a “problem” which can be easily solved by the powers that be. In addition to inevitable increases in crime rates associated with economic depression, the list of jailable offenses can simply be expanded along with their associated sentences, like they were for blacks after “Reconstruction”.

Right now, we have millions of people up to their eyeballs in housing and consumer debts, paying upwards of 20% interest on their credit cards and “payday loans”. It is an entrenched system that forces people to work longer hours for fewer benefits and wages over time. But, even as such, the titans of industry and owners of concentrated financial wealth are finding it difficult to squeeze enough blood from the stones. So what’s to stop the corporate elites and their political/judicial flacks from manufacturing debts out of thin air and exacting excessive wealth/punishment from those with debts owed?

In the follow up to this piece, we will look at the other ways in which the era of global indebtedness today has come to resemble that of the post-Civil War enslavement of African-Americans, except at a much larger scale. Is it really so unimaginable that an average lower or middle class American family, of all different races (although the racially-divided inequality of the past is still with us in many real ways), could find themselves in literal contracts of debt peonage, despite the technical “illegality” of such contracts at this time? What is the likelihood that laws will be re-written and/or ignored and how easy is it for the line between financial harassment/abuse and physical enslavement to simply disappear?

Home › Forums › Our Depraved Future of Debt Slavery (Part I)