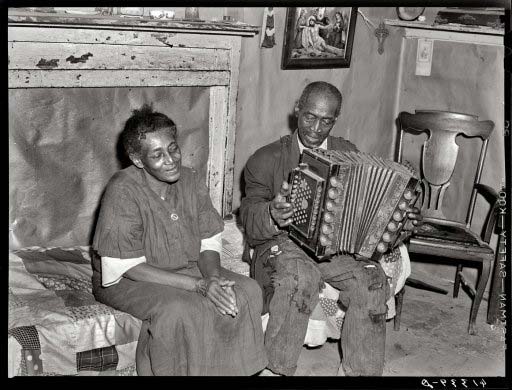 “Debt” has been used as a means of slavery throughout human history, in ancient societies dating as far back as thousands of years ago, such as those in Mesopotamia, Egypt, North/South America, etc. Debtors in these societies would be forced to relinquish their crops, land, freedom and even their wives and children to satisfy unpaid debts. Such extravagant periods of debt creation often culminated in the necessity for systemic debt forgiveness (or “Jubilee”) by the decree of chiefs, emperors and kings to simply maintain some sense of social order [see Debt: The First 5000 years].

However, the decree of the all-powerful ruler no longer exists in these traditional forms, in which the rulers and landed aristocracy could easily maintain their power through force even after all lower classes’ debts were wiped out. Instead, our modern network of nation-states requires a continuous level of economic and financial coercion to exert discipline and maintain the status quo relationships of wealth, power and dominance [see The Debt-Dollar Discipline].

As explained in Our Depraved Future of Debt Slavery (Part I), our global society is facing conditions of systemic dependency, greed and malice very similar to those which existed in the American South of the late 19th century, which created a system of slavery for blacks just as ruthless as that which existed before the Civil War. The modern industrial and financial elites cannot tolerate any policies of systemic debt forgiveness, since almost all of their wealth is invested in instruments tied to those debts (including the underlying currencies).

At the same time, they cannot continue extracting surplus value when large segments of the developed world’s population remain saturated with debt, which acts to suppress aggregate demand for goods, services and capital investment. In order to continue making profits, then, they must have extensive access to very cheap labor and fixed capital inputs. They must transform the consuming classes of the first world into indentured servants and slaves through already established channels of financial and political oppression, and also pick up productive assets for “pennies on the dollar”.

Last time, we looked at one obvious way in which the modern slave state has been forming – the rise of the privatized prison-industrial complex which has become a venue for detaining ever-larger numbers of people in the poorest and most socially manipulated classes of our society, such as low-level drug users and dealers. These prisoners provide a constant stream of enslaved labor to wealthy corporate interests, just like the convict leasing system of the late 19th and early 20th centuries used primarily for African-Americans.

Vast amounts of money and resources are devoted by state and federal government agencies towards maintaining a perpetual “war on drugs” that merely reinforces the very profitable industry of drug addiction, use, trafficking, punishment and imprisonment in a vicious cycle. More recently, though, we have managed to manufacture another perpetual threat/response paradigm which provides the justification for modern enslavement – the “war on terror”.

Everyone should now be aware of the argument that the National Defense Authorization Act (NDAA) allows the U.S. federal government, in coordination with the U.S. military, state governments and a sprawling intelligence network, to indefinitely detain any person in any place, including U.S. citizens, suspected of participating in or aiding “terrorist activities” without any due process of law (such as formal charges and trials).

Without getting into disputes over legal interpretations of the Act or its constitutionality, it is still undisputed that this type of legislation, which is in the company of such notables as the Patriot Act, represents a clear trend towards suppressing domestic dissent and expediting the mechanisms of incarceration. When peoples of a society are burdened with vast amounts of unpayable debts, it is predictable that they will eventually protest against those debts in whatever ways they can, ranging from intentional defaults to physical resistance.

Just look at Greece, where the people are being forced to take on more external debts (with interest) through their government as these debts become increasingly difficult to pay back, and while the benefits all run to a small group of elites. They are made to suffer through brutal austerity so that they can stay in debt, just like the recidivist drug addict stays in the prison system. Inevitably, such a state of affairs leads to violent riots and protests by the masses, which, in turn, lead to violent reactions by the state, which then feed back into more violence by the people.

It is a symptom of debt slavery that has plagued societies for centuries and has even led some of them to outlaw the issuance of interest-bearing debt altogether. As stated before, though, such a path does not compute for the powerful creditors and their beneficiaries today, which is why the last thing the Eurocrats will discuss at their now weekly Summits is a policy of systemic debt forgiveness (the PSI deal does not even come close to counting). Even the Troika itself has admitted that Greece’s debt/GDP could very well remain at 160% for the next decade despite bailouts, austerity and “voluntary” debt swaps.

If you woke up tomorrow and were told that many of the Greek protestors/rioters, along with lower class tax evaders/debtors, were now being indiscriminately and indefinitely detained without judicial process and that uniformed soldiers and tanks were being deployed to the streets of Athens, would you be very surprised? I’d hazard a guess that most people who follow the news wouldn’t be, but they would still call you a fanatical nutcase if you suggested anything similar could happen in America, the “land of the free”.

That is despite the fact that our private and public debt (per capita) situation is worse than that of Greece, and our level of unchecked executive authority is much, much worse. In the post-Reconstruction south, state laws were re-written and federal laws were ignored when it came to increasing the levels of incarceration and debt servitude (peonage) among blacks. Today, federal laws have all but usurped the police powers reserved to the states under the 10th amendment and become the primary mechanisms of enslavement.

Michael Barnholden’s book, Reading the Riot Act: A Brief History of Rioting in Vancouver, explains how the original “Riot Act” passed by the British Parliament in 1714 has been put into effect since that time, and how it is still active law in Canada. The act gave enormous amounts of discretion to the executive arm of government in identifying and detaining “rioters”. In his review of the book, Max Sartin points to the socioeconomic premise underlying the Riot Act that was insightfully indentified by Barnholden.

The Rain Review of Books

“All of the riots, from those characterized by racism to those attributed to drunkenness at sporting events, are said by Barnholden to have a connecting thread in the exploitation inherent to the capitalist economy and the need of the ruling class to garner the consent of its subjects when possible or their submission by force when necessary. The legal definition of a riot and its presentation by the media are functional to the interests of the ruling elite, at the expense of the working class, including the unemployed and prisoners.

Barnholden frames the question in terms of human rights versus property rights, damage to property taking precedence over harm to human beings. The author’s concept of human rights isn’t defined in the book, leaving open the question of whether such rights, or the very idea of rights itself may be just another legal technicality, like the definition of a riot, subject to the whims of those in power.

Barnholden himself points out that “a job is the only guarantee within capitalist society of the basic human rights of food and shelter, and there is no right to that”. But he also describes a paycheque as an element of coercion. Employment under a manager is exploitive and oppressive, but it’s the only way to achieve certain basic necessities of life, which as human beings we supposedly have a right to access. But we have no right to employment (which is also “wage slavery”) and so our most basic rights become meaningless.“

Barnholden gets to the root of why economic coercion under a capitalist system can easily turn into outright slavery, enforced by the corporatist state. There is absolutely no reason why the Riot Act in its most subjective form cannot once again be adopted by the U.S. and other Western nations as an additional means to threaten an increasingly distrustful population with incarceration, and to carry out that threat when necessary. In fact, current trends suggest this is exactly what will happen.

The protections afforded U.S citizens in their Constitution against arbitrary oppression by the federal government have been undermined in just about every way possible since 9/11. That is indeed a scary reversal from the post-Civil War era, because it means that state and local governments are helpless to protect their own citizens from federal encroachment. This is especially true at a time when state governments are also wading deep in pools of stale debt, and must sell out their citizens to get temporary financial aid, which first makes its way into political pockets and then straight to the major banks.

The indefinite detentions of the West in modern times began under the Authorization of the Use of Military Force (AUMF), enacted before the invasion of Afghanistan, but now the NDAA has put Congress’ official stamp of approval on the very broad interpretation that was afforded the AUMF by the Bush Administration. The federal courts (including the Supreme Court) have been extremely reluctant to challenge any of these unconstitutional executive powers, and indeed have sanctioned them in many cases.

With that legal framework for the federal and state executive branches in mind, it’s not hard to see how people could eventually be forced into peonage contracts by their private creditors or third party debt collectors. The truth is that both traditional contract law concepts such as “fraud/misrepresentation”, “economic/physical duress”, “unconscionability”, etc., which sought to protect disadvantaged parties from exploitation, and Constitutional protections against the ex-post revision of private contracts have been thrown into the trash bin of history.

In the final part of this series, we will see how legally enforced contracts of debt servitude could become a defining feature of developed world populations in the near future. Indeed, the concept has already been deeply planted across the Western world in very important ways. This will be a means of maintaining a system of debt slavery without literally imprisoning all debtors. However, none of these outcomes are guaranteed to be sustained over time, and so we will also explore why these populations may ultimately be able to shape their own futures, free from the burden of perpetual indebtedness.