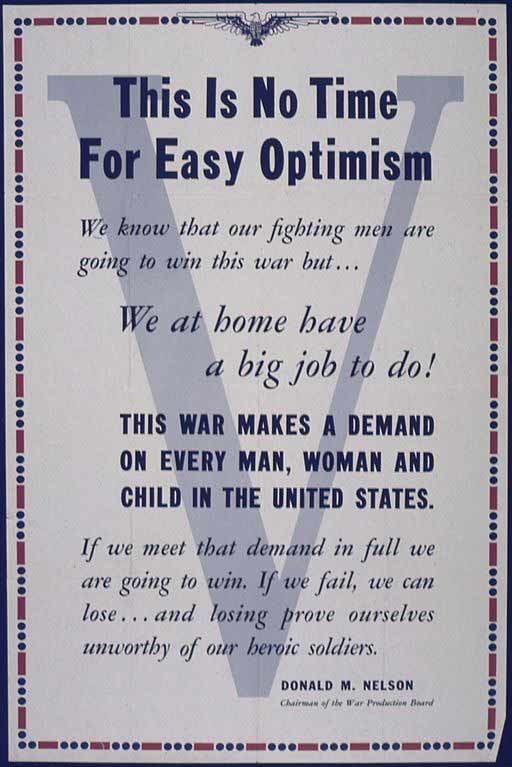 Definition of a lie: any not entirely accurate representation of the world as we perceive it; what's not spoken can be as crucial as what is.

So yeah, people lie. They, we, all do. Some of us understand the extent to which this is true better than others, but that's probably just because we haven't all spent equal time wondering when it was we first started doing it. Let alone why. Interesting questions. After the fact, it's blindingly obvious why we would want to lie: accomplished liars get to mate faster and more often. Which still is the purpose of life, even though it may not be terribly fashionable to phrase it that way these days.

But we couldn't have known that before we began lying, so that's not what got us started. Another interesting question is who we first lied to, ourselves or others. I personally lean to the former option lately, since we couldn't have known the advantages of lying to others beforehand. Whereas fooling ourselves could potentially have developed as a much more insidious, secretive, step by step feature.

Likely purely as a survival mechanism, after extremely traumatic experiences. To have such experiences, you need awareness, consciousness, either/or. Probably a sense of belonging to a group, a family, as well as a sense of what's right and what's not. If, in that state, you see your friends and family get killed off by a natural disaster or the cruelty of other humans, you need some sort of selective memory, some kind of denial mechanism, in order to survive both mentally and physically, and to find meaning in your life, a pre-requisite for who has awareness and is not a full-fledged psychopath.

The ability to lie to ourselves, and make ourselves think our lives are better than they really are, and that our own place in the world looks better than it does, has endowed us with a propensity for good tidings. We want the world around us to skew our picture of who and how we are in the same way that we ourselves do. Turns out, that's not a hard thing to find.

If only because the other kind of lying, that from one human being to another, the one that developed quite naturally modeled after our "internal" one, comes with one major caveat. Our ability to detect lies told by others is highly compromised by our ability to lie to ourselves, since the latter only works if it remains somewhere in our unconscious. We obviously don't consciously believe our own lies, and therefore neither the lies of others.

It all takes place outside of, beyond, our awareness. That's where the second hand car salesman operates, and any other charmer and grafter, the ad executive, the junkie and the politician. Sigmund Freud may not have been the first to realize this, but he was the first to frame it in rational terms. If you make commercials that tell people what a car or a perfume or a burger really is, they won't bite. If a junkie tells you what he really wants the money for, you don't give it to him.

And if a politician tells you what the real state of the economy (and hence your future) is, you're not going to vote for him. So (s)he tells you want you would like to hear. Without you even knowing it. There's a world full of things out there that you want without knowing it, and as many that you don't want. Why we don't teach Freud throughout all our school systems, all the time, is a far deeper mystery than any of us alive today care to ponder. Unless we bow to the notion that we – unconsciously (?!)- don't want to know that either. We don't want to know why we don't want to know, because when the dominoes start falling that would shatter our carefully crafted and polished self-portraits.

All this to lead into what I really wanted to talk about. The optimism bias. Which plays havoc with everybody's understanding of the financial crisis like there's no tomorrow. Pun both intended and unconscious. And, in true character, nobody seems to notice much. Nobody wants to. Not unconsciously.

Extra, Extra, read all about it! the EU is falling apart so desperately now that Greece calls on the Arab world for loans, and Spain turns to South America. The crisis and the austerity it bred start to bite the European core. And will continue on their inevitable course towards swallowing it whole.

As you all would have seen long ago, if not for your optimism bias playing headgames. Most of you still won't, and possibly for quite some time to come, depending on how much longer it takes until the walls start to truly crumble. Because it's not until the truth stares them straight in the face that people will see it for what it is. And even then.

For the exact same reason, there was never a chance that Obama would lose the recent election. Because of the relatively acceptable economic numbers, multiplied by the optimism bias. Anyone who didn't see that coming in the run-up to the election should get themselves an education. Yeah, like, read Freud. That should go a long way towards figuring out who's saying what and why they say it. And towards explaining why you didn't know.

But, before this all becomes too winding a tale, let me explain that I got back to thinking of this topic of lies and self deceit and Freud because of a pretty simple graph I picked up from the website of a Dutch TV channel named RTL-Z. And i'd like to stress that this graph, and what it depicts, by no means constitute an exception in any way shape or form; the graph is merely an example of how economic and financial data are treated, and have been for years, by the media we frequent and trust. Thing is, we do that because they tell us what we want to hear and see and believe, because they provide that version of the story which we prefer to the real one, which doesn't fit our optimism bias.

Man, all those stories too about the US economy recovering, enough already. The US ain't going anywhere forward without Europe, and Europe is moving backwards if at all. Economic growth at unemployment rates of 25% in Greece and Spain and what is it, 14-15% stateside (?!), is not a viable thing. Our optimism plays games with us, and so do our politicians, to the extent that we come to think it's actually possible, though we know we should know better, to pay off our debts with more debt. Blinded by the light inside.

This graph tells the story (one of an endless number) of what, over the past four years, the EU predicted would be Greek GDP numbers, through five consecutive rounds of predictions, and what eventually actual numbers turned out to be. Pretty graphic(al). Being off by 6-7-8% was no exception, it was the rule. And this whole procedure is no exception either, it's all the rule. Which all politicians, pundits and forecasters get away with breeding because the stories they tell are the stories you want to hear. And then the stories inevitably turn south.

And they'll continue to do that for a long time, until we demand to know what happened to the debt. We don't really want to know that, though, do we? We have this unconscious itch that tells us exactly what happened to it. And we don't like that. We'd much rather believe anyone who tells us it'll be fine, that we can either borrow our way out of too much borrowing, or budget cut our way out of our budget deficits. Either way we fancy we'll have a little bit of pain, just a twitch, and then we can restart the party and make it bigger better than it's ever been.

I've said it many times before: we are the most tragic species. We not only destroy all of the world around us, we are aware of doing it but unable to stop ourselves. We have faith and hope that things will get better, that we can turn around at the last second what we've screwed up over years and decades. Which of course is nothing but an excuse to keep on screwing up. All courtesy of our optimism bias. 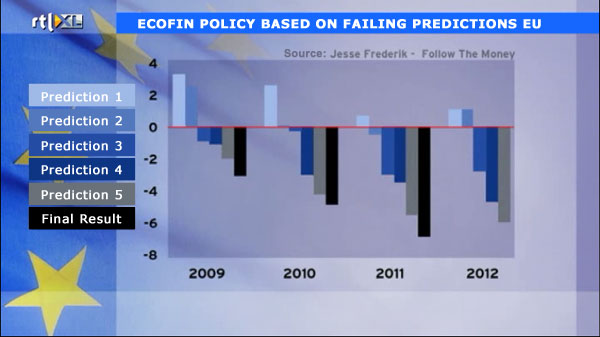 The thing about this graph and its consequences is that the policies for what happens at the final stages shown in the graph are defined by the predictions at the early stages. Once reality sinks in, it's too late, the damage has been done. The difference is then made up for by firing an additional million people here and there, cut pensions and benefits for a few million more, and keep talking about a recovery just around the corner. Beyond the horizon, more like it.

This is how all those who have a public voice you care to listen to treat their audiences. Because they are well aware that if they spread a message that fits in with the prevalent optimism bias, they will be more popular, sell better, get more votes, get elected into office. When Jack Nicholson said you don't want the truth because you can't handle the truth, he was talking to a much wider audience than we would like to acknowledge.

And so we get what we get. Still, you can't always get what you want. In the end, all that's left is what you need. And we know that, unconsciously. It's just that in the meantime we like to be sitting pretty. And not think about the fact that this very attitude of ours will hasten and worsen the end. We're creatures bent on instant gratification. Which is, come to think of it, precisely why we have our optimism bias in the first place.

Whatever it is that's going wrong, and there's more of that than we can summarize right here and now, the tragedies we create rival those of the ancient Greeks, which in and of itself shows that we never learned much. Voltaire in his 1759 Candide told us to replace "all is for the best in the best of all possible worlds" with "we must cultivate our garden". Never took that to heart either.

Like all those before us, we'll walk right into our tragic futures thinking everything will be alright. 'Cause that's who we are. Our tragedies will be as over the top bloody and deadly too as the Greeks' were.

Meanwhile, being the modern people we are, we can't help but wait for Godot, and we'll die waiting, because our optimism bias tells us he will come.

No, this is certainly no time for easy optimism, but tragically, that's all we got.

We're only static on the radio, picking up speed.*

Home › Forums › Optimism Bias: What Keeps Us Alive Today Will Kill Us Tomorrow