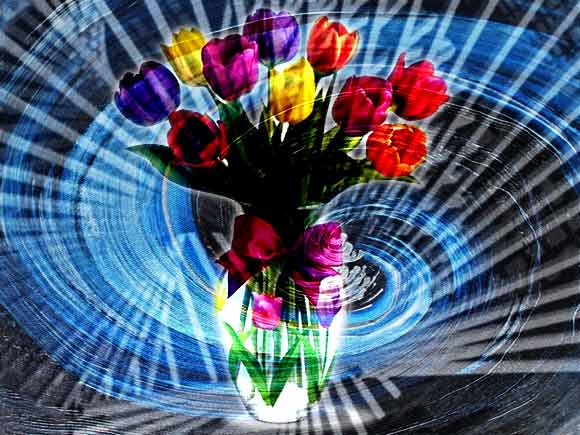 Here's what may be a useful angle to explain to people what is happening in Europe right now, and what's yet to come. It's not about Greece, which shoved another "Deal" through its besieged parliament this week, a deal that itself is also still under siege. It's not about Spain either, which managed to borrow a few billon more, enough to stay alive till Christmas, but sees its bond yields enter the land of ugly (yawn) again.

We all know the stories of the eurozone periphery by now, we've read a thousand chapters. And the core likes it that way, since this keeps us from looking its way. The situation allows for Germany, France and Holland to sit pretty and pretend they're doing fine. They're not.

Some ugly numbers have come out of Germany lately. We’ll get back to that later. More interesting is the report that German Finance Minister Schaeuble has asked a "wise men" committee to draw up a picture of what's really happening with France economically, a picture that should serve as a counterweight to the portrait French President Hollande paints, and which Germany no longer has confidence in.

However, the more poignant sign of what's to come in Europe emanates from Holland.

Earlier this year, a right-leaning minority coalition government threw in the towel. On September 12, new elections ended with two large parties: the right-wing liberals and the left-wing labor party. Which then decided to form a coalition together. And did so at record speed. The two party leaders couldn't stop talking about how great their counterparties were performing in the very secretive negotiations for their coalition agreement.

Then last week the agreement was published. Confusion ensued. Everyone tried to figure out what the numbers behind the agreement were, but nobody could. When the new coalition government was installed on Monday, all anyone had was questions.

First, there was a plan to make health care premiums income dependent. The richer pay more, the poorer less, fair enough to an extent. But when it came out that the richer would see their premiums quadruple, the right wing was up in arms against its own guy. A week later, the whole plan has been shelved.

Second, there were questions about what would be the overall financial consequences of the coalition agreement. Apparently, the initial reaction of the new government was that that could not be known until it had been operating for a while, like a few years or so. Nice, when you get to think about it. A TV network asked for the numbers underlying the plans, but was told to take a hike. It went to court to get them, but the judge ruled there's a minimum term of one month for this.

Anyway, a too rapidly built plan in which too much was left to chance. In other words: just another building block that fits in perfectly with all the others the house of Europe consist of. The kind that, if it doesn’t work out, is just as easily replaced with the next one (how many times has Germany said: no more money for Greece?!). It's reminiscent of a line mostly attributed to Groucho: "These are my principles. If you don't like them, I have others."

But that's still not the point I wanted to make, it's just the introduction. Something else came to light during the first few messed up days of that coalition government. Of course the coalition partners didn't volunteer the information, but – respectable – third parties that did do the math with what little they had to go on came up with some surprising findings. Which give a us a good idea of where Holland is headed. And if Holland is, so is the rest of the European core.

The third party numbers that were initially reported spoke of 10-20-30% declines (I saw one 60% quote) in purchasing power for large parts of the Dutch population over the next 4 years due to the new coalition agreement. Not only would this be austerity on steroids, it's also so far away from anybody's world view in Holland that it hardly even registers. Which is probably a large part of the reason it's so easy for the coalition partners to say it's not true at all. In their response, however, they gave up a lot of the ever so happy people picture. And that could prove fatal.

The government in an impromptu official reply to third party numbers said that "only" one in six Dutch(wo)men will lose "only" 5-10% in purchasing power. Bad enough, you would think. But they of course inevitably underplay the numbers; they're like the EU claiming GDP will rise in 2013, habitual liars who can't help themselves. Good news sells, whether it's true or not.

In view of the everlasting propensity for good news and neverending drive towards sunny predictions that fuel politics as we know it across the board, we can already state with absolute certainty that the situation will work out to be much worse than a government, any government, would predict. There's not a bookmaker on the planet who would accept odds against that principle.

Instead of the one in six losing 5-10% of purchasing power, what we'll see develop is that at least one in three will lose at least 10-20%. By then you have a sharply shrinking GDP and not even a thought of paying for anyone else's debt. And maybe we should thank the Dutch government for admitting what they have; none of their peers have to date. Sure, the Greek and Spanish governments have, but only after the troika – the outside world – ran a big sharp dagger across their throats. What Holland showed us is different in more than one way: There was no outside pressure, no daggers, and they weren't really paying attention, since they were too pre-occupied with the mental boost of new found power.

Still, in doing what they did, they gave away the future of the European core, and the European periphery with it, a future in which the core bailing out the rest will be a forgotten past that no-one can quite imagine anymore. Once again, we return to "the center cannot hold". Only this time it's out in the open. Consider yourself forewarned and act accordingly. Why don't you.