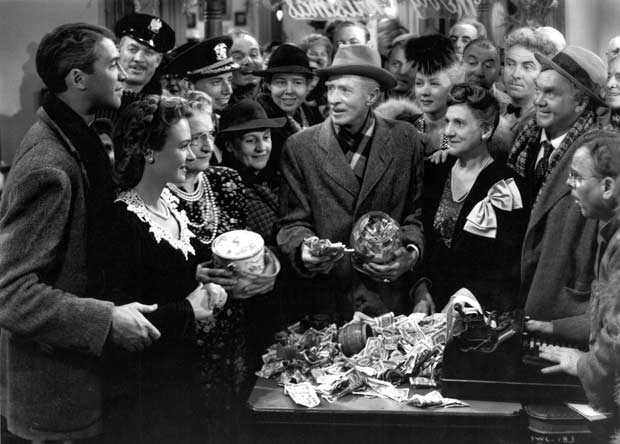 While none of the timing is surprising – late Friday, early Saturday is always the ideal time to push such measures down people's throats -, neither did it come as a surprise that a bank run ensued as soon as those few Cypriot banks that do business on Saturday mornings, opened their doors.

This had been foreseen, of course. And so capital controls had been set up beforehand. In this case, limited deposit withdrawals and a full suspension of internet banking. The justification for all this can be found in the large amounts of Russian – allegedly black market – deposits in Cyprus. But while that may be presented as justification, it's by no means not where the potential fall-out will halt.

After all, what's to say that what can be done to depositors in Cyprus' banks, cannot just as easily be repeated for Greek, Italian, Spanish ones? If the EU wasn't yet scared enough of Beppe Grillo and his still surging popularity, now would be a good time to start being afraid. While everyone's focus is on the Russian mob, nobody (just read the press reports today) talks about the law-abiding Cypriots who see their hard earned savings wealth forcibly taken from them. Nobody but the likes of Grillo, that is. Who said earlier this week that (northern) Europe would drop Italy like a stone once German, French and Dutch banks have shed their risky Italian assets.

Besides, if you think the Russian deposit holders are fatally wounded right now, think again. They've seen this coming for at least 6 months, they've had all the time they need to move assets around, and, if anything, will simply use this decision to launder a lot of capital, and happily pay a 10% fee for the honor.

Cyprus is small, and the hope is that hardly anyone will notice what happens there, or be interested. But throughout the Eurozone over the past five years, deposit guarantees have risen, in a so far pretty successful attempt to prevent bank runs. Overnight, that model has now been thrown out with the bathwater. And all of Europe should be wary of what happened. A precedent has been set, and what's good for the goose fits the gander.

Not that German, French, Dutch depositors will lose sleep right this moment, but then that's precisely the idea. The EU core nations have so far been able to convince their citizens that they are rich and their economies recovering, and everything's under control. Moreover, the story that Russian criminals get a 10% haircut goes down well among the respectable citizenry. What happens if and when Italy or Spain need a bailout like Cyprus is not even considered. But maybe that's not so smart.

The Cyprus bailout was ostensibly executed to "save the Eurozone”. And it was presented as a one-off. But so was Greece and its forced haircuts for investors. You can only have so many one-offs and remain credible. European economies are all still deteriorating, though admittedly there are a few choice German numbers that are not all bad. But there can be no doubt that pressure on the EU/Eurogroup to step in again in some country will arise some time soon. Will that country's depositors leave their money in the bank when that threat becomes real, or will they take it out? What would you do now the Cyprus example is in place?

It's true that Cyprus banks are bloated with assets at 800% of GDP. That's about the same as Ireland, and everyone agrees that "something must be done". Iceland once stood at 1000%, but it's an order of magnitude smaller even than Cyprus, and not a Eurozone member, just like Malta, which presently stands at 1000%.

Among individual member nations, bank assets vs GDP differ. France and The Netherlands clock well over 400%, Germany, Spain and Portugal over 300%, while Italy is well below 300%. That almost makes the latter look like a cautious nation, until you look at issues like government debt.

Overall, these numbers draw an excellent picture of why it's so hard to agree on a banking union. Actually, it's merely a part of the picture, but it still speaks loud enough. That banking union will, guaranteed, even if it is at some point established, never include the UK. There, bank assets are quite a stretch over 500% of GDP, and there are estimates that put that number much higher still. There is no doubt that Britain has a hugely bloated financial sector, i.e. The City, and it has no other policies in place than to protect it, let it grow even further and increase its economic dependency on the financial sector.

With total EU bank assets at €47.3 trillion, private sector deposits at €10.2 trillion (equal to total UK bank assets) and total deposits at €17 trillion, there's a substantial gap (or several), comprised to a considerable extent of risk-carrying assets. This risk, when combined with overall plunging economic prospects, leaves Europe with a poisonous financial mix. And as much as those involved can try to smooth-talk it all over, you can bet your donkey that for the law-abiding hard working citizens of the next rescue case, the world will be cast in the gloomy light of what happened to Cyprus on Saturday, March 16 2013.

And they don't even yet have to know that Europe's shadow banking system adds another €17 trillion to the risk picture. They have been sufficiently warned: Brussels has laid out its true intentions on the table. Like a big red flag. In Europe, the much touted government deposit insurance itself has now become a risky asset.

Home › Forums › Bank Run in Cyprus; Who's Next?