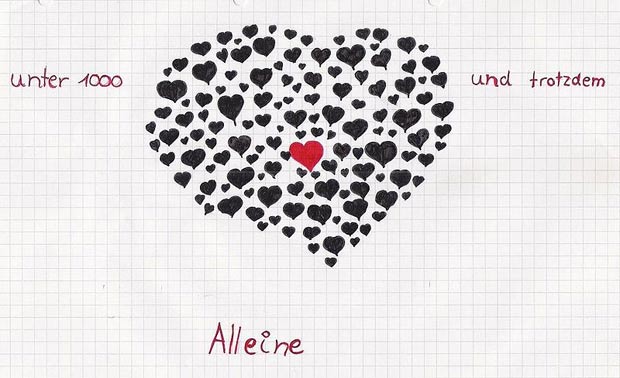 Seeing Spanish and Italian bond yields drop over the past few days, it's impossible not to wonder what it is the markets, whoever they're comprised of, can't seem to figure out. Like that the Italian cloud will hang over Europe well into summer, Cyprus is falling to scandalous bits, French president Hollande is hanging on to his job for dear life because his friend and Budget minister Jerome Cahuzac was found to be an ordinary big swindler, and in Spain even the King Carlos' daughter Princess Christina is now a suspect in a financial scandal (PM Rajoy's antics will resurface soon).

The EU has been feeding the corrupt PIIGS (find a spot for a C in there for Cyprus) everybody else's tax money, and it has done so knowingly and willingly – well, either that or blindingly stupidly-. Now that the loot has been divvied up, everybody else gets to pay a second time. Or so is the plan. Which will fail.

So what's happening in Italy 5 weeks after the elections? The short answer is: not much. They haven't been able to patch together a new government, because various parties refuse to form a coalition with various others. Leftie Bersani refused rightie Berlusconi's advances, and outside-the-system Beppe Grillo, as he's said all along, refuses to work with any and all of them.

Which is why a few days ago President Napolitano threw together a team of 10 advisers who are supposed to tell him how to make things work after all. Since there is no feasible coalition between existing parties, they will probably as a last resort advise him to try a technocrat government of one kind or another. That will not be appreciated, because many Italians will argue that they might as well hold on to the Monti technophiles while the next elections are being prepared. Things have changed since Monti was pushed forward, and a second Wall Street/IMF/World Bank made man could lead to anarchy, not smooth sailing.

Interesting to see that the 10 men adviser group has people from the leftie and rightie factions (as well as lawyers etc.), but none from Grillo's Five Star M5S. Also interesting is that Napolitano has left one option undiscussed: M5S have offered to form a government, which might survive with the support of Bersani. Word is that Grillo hasn't even rejected being prime minister himself.

The President's term expires May 15. Parliament will have to elect a new president, with a possible first presidential vote as early as April 18. But whoever's followed Italy over the past few months can easily understand how hard that vote will be. It's absolutely possible that not only will there be no government in place 6 weeks from now, but that beyond that there'll be no-one left to mediate the process either. While Berlusconi and Bersani want old and corrupt political stalwarts for president (Romano Prodi?!), Beppe Grillo has suggested Gino Strada, a celebrated war surgeon operating in global combat zones who's been vocal in rejecting Rome's support for several NATO operations including the invasion of Afghanistan.

Apparently ECB chief Mario Draghi did make a phone call to Napolitano, telling him, no doubt, to stay the course and make sure there's going to be a euro-friendly government (no Grillo!). Trouble for Draghi – and Merkel and Brussels – is, Napolitano, an 86-year old former communist, has nothing to lose. He can bide his time while no solution is found, and tell Grillo to form a government anyway, ideally one week or so before his term is up. One thing Napolitano cannot do, because his term is almost up, is dissolve parliament.

Cyprus? Let's see…, a 2-week old government that cut a deal with the troika. A little over a week later, the Finance minister responsible for the deal has resigned and president Anastasiades' son in law stands accused of transferring €21 million out of Laiki Bank to a UK bank one week prior to the deal (along with at least 100 other well connected savers).

Less than a week after the bailout deal was announced, Cyprus was handed extra time to implement the deal's measures, and depositors are cut for much higher percentages than "estimated". This is a set pattern, not an unfortunate course of events. It's like Groucho's line: "These are my principles!. And if you don't like them, I have others…". Turns out, the entire deal was a con game from the get go, and the entire eurozone is well on its way there too.

The IMF "gives" €1 billion because Cyprus has such a great set of economic "reform" measures, i.e. fire who you can, cut pensions and benefits where you can, raise taxes and sell your most valuable public assets. Cypriots have no idea what's going to hit them. Oh, and the president announced that a casino will be opened soon.

Michalis Sarris, the Finance minister who brokered the troika deal and resigned, had a 30-odd year career at World Bank, and has an earlier term in the same post from September 2005 till March 2008. He was also a longtime non-executive chairman at Laiki Bank during the time it made the investments that brought it down, and became more actively involved at the bank in 2012 to "cleanse" it in order to comply with the troika bailout. Either a man who knows how to get the job done or a man who raises a few suspicions, take your pick.

You know, and this is not the first time I argue the point, the EU and the euro could well have been successful; just not with the one-dimensional-thinking religious zealots that make up its present leadership structure. There's nothing wrong with European unity in itself. But that one dimension – i.e. the refusal to discuss anything other than pushing forward with "the project" despite serious and reasonable doubts and questions – is not a minor flaw, it's a fatal one. If you want to make something work, you will always have to leave space for – thinking about – the possibility that it won't. Brussels does no such thing. That right there is the seed that breeds inevitable failure.

The EU has resorted to trampling its weakest members. That's not something that started with Cyprus, it's merely the next step in the process. "Official policy", as dictated entirely by the richest member states, could from the very beginning only have worked in times of unbridled wealth and growth, since these would have temporarily kept inbuilt flaws from view.

As soon as the financial crisis first reared its head in 2006/2007, though, this game was up. From then on in the EU as a governing body has started to react as your own body would do if for instance you were exposed to extreme cold for a prolonged period of time (hypothermia). That is, in order to save the core, blood flow to the extremities (in the EU case, the peripheral countries) would be cut off, eventually resulting in the amputation of toes and fingers.

The Roman empire didn't fall because of just one cause, but this hypothermia-like dynamic certainly played a big role. The more Rome resorted to squeezing the peripheral regions to maintain its own wealth, the more resistance it encountered. Until the periphery sacked the entire empire.

The best, or make that the only, advice for southern European countries is Get Out! before you're liquidated as so many frozen gangrenous digits. If you don't, the moment will inevitable come when the core accuses you of infecting it with life threatening afflictions, thereby morally justifying to itself unceremoniously dumping you in the great azure yonder.

The people of Italy, Cyprus and Spain should neither be seen nor treated as mere essentially disposable extremities, but the way the EU was first set up and then governed made it inevitable that they would be at the first sight of adversity. And since these countries don't have the political power to affect the necessary changes in Brussels and Frankfurt, their only option is to quit. Or be suffocated completely, but there is no way all PIIGS plus Cyprus (and add a second S for Slovenia) will accept that, because southern Europe is as loaded with historic pride and independent spirit as it is with corruption. There's no way there won't be a first country that will elect to leave the eurozone. And it'll be all dominoes all the way down from there.

Sure, it hasn't happened yet, though I've said for years it would. But has anyone seen the manufacturing numbers for Europe, including the core countries, this week? The entire European economy is falling like a stone, and the worse it gets, the more the core will attempt to squeeze the periphery. At some point it will become clear that there are only 3 core nations left (Germany, the Netherlands, Finland), and 14 peripheral ones. And then the periphery will start doing the squeezing. That is what we should all really start being afraid of, for there be the seeds of bloodshed. And that blood will spill around the world.

Home › Forums › The Only Way Forward For Europe Is Splittsville