(I wonder what that tag does)

“The world’s dumbest computer blew a transistor way back in 1974! The transistor case embedded itself into the ceiling of the electrical lab! Yours truly was at the controls. It couldn’t handle the truth!”

You are truly a man of mystery and wonder, WES.

Oh shit. Let me fix this if I

Likely software, and a choice of when to create a new record for a post. It’s possible a record is created the moment a user begins typing. At CFN, you have to first click ‘Reply’ and then are given a ‘Cancel’ button. In that case, it makes sense, as the replies are threaded. Creating a record first keeps the flow of conversation somewhat undamaged. If the user cancels, that number is burned. It’s just a number.

Until today if I added a link with my post, hit “Submit”, the address would end with a post number that isn’t visible ie hidden, just like usual where your post loads so you can review it, except it didn’t…

Anyways it looks like someone is playing with TAE’s settings, again ~ Woohoo!

I don’t know if anyone else is seeing this, but the poster name + blank avatar (mostly) is now on the right hand instead of the left?

Fun times folks, enjoy the sun setting on the western empire(s), truly one for the history books 😉

P.S. I’ve already accepted that “Natural Rights” are gone, long so in fact, now I’m just waiting for the other shoe to drop! 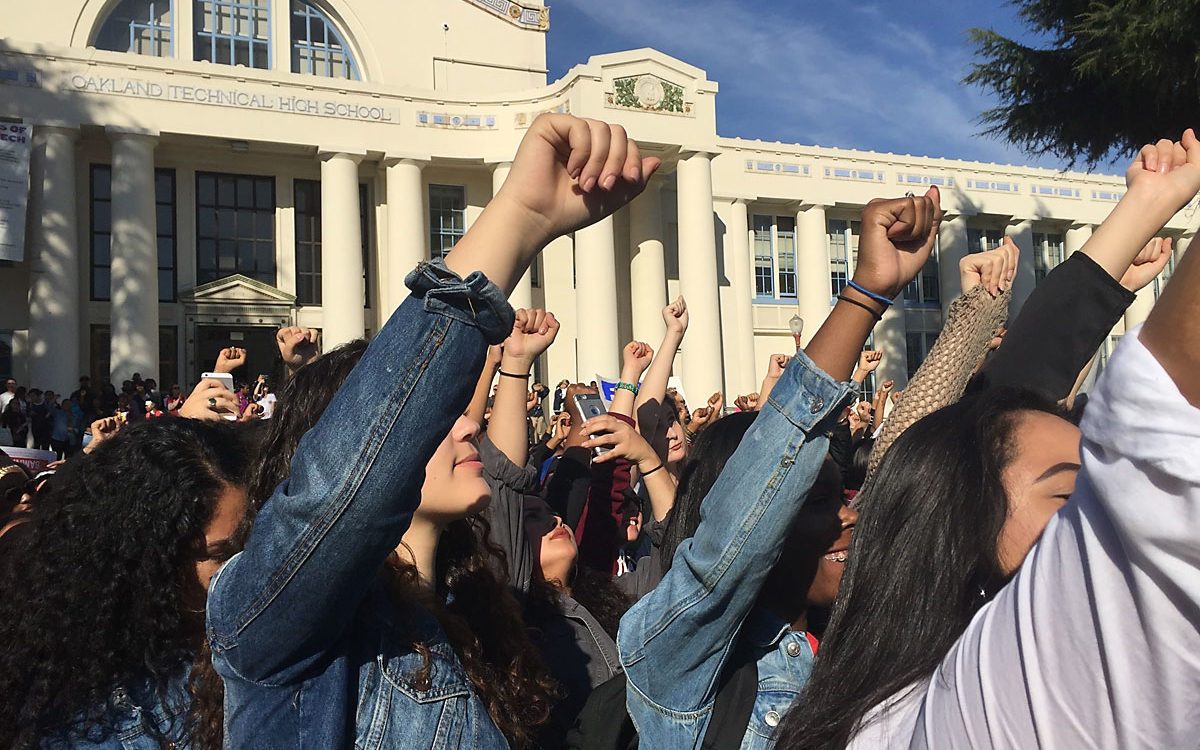 “Deflationista” has a voice today, a human voice today, seeking to sound like the AI, though human.
That’s why I keep saying “mostly” machine made…
Getting the right mix of minder and AI is important, This voice sounds like a new minder.
It’s a job…
Look for human vs AI, though it’s hard to tell when the statements are short insults without actual content.
Humans create original content sometimes.

I got a couple of really good doors at Habitat for Humanity this morning, from very nice people, drove them down to the homestead in the ’97 Ford Ranger, and cleaned up a couple of wheelbarrows of concrete slag from the foundation work last week.
I gave the carpenter a good set of large format scale drawings that I completed in the last couple of days, which are ready to build from. My Architectural Engineer friend ha been a lot of help with structural advice.

Thanks VP Gary, and for the story about William Gates in-person.

The worst about being an engineer in a small shop (actually, parasitical biz owner that refused to hire adequate staff, in the end destroying the company after I left) was having to wear so many hats…

Until I took over Eng’r, they had always done hand drafting & one of the requirements of me coming on board was ACAD with a full size HP plotter (1988).

I got one assistant, when I needed five!

Even with that (really still the stone age) I feel like a part of me is still lost in the black hole of new product development + technical data packages for .MIL jobs…

Being as superstitious as I am logical, I take certain signs to indicate that I should stay away until the New Year.

Reentry should be interesting.

Sabre rattling over Ukraine is very ominous – both sides building their media case for blaming military action on the other. Hopefully it doesn’t all kick off again…

Your money is the root of all your sleaze
Might Ivermectin work when hope is gone?
The more we vaxx the more the deaths one sees
The Covid cult are masked and carry on

Stay strong, stand true, care not what someone says
Without the vaxx you sink to second class
We shouldn’t lose the vibe to tribal ways
A bot gets kicked but doesn’t have an ass

Our lives are short, although they feel so long
So get in shape, your mind and body strong

Now I see why some peeps think deflationista is a bot. But I actually think that some form of OCD or other anxiety disorder is a more likely explanation.

Deflationista, we want you here, we want other voices, but it’s supernatural how much you avoid adding to discussion. Data only if posted from elsewhere, no arguments, and 90% logical fallacy.
https://en.wikipedia.org/wiki/Ad_hominem#Fallacious_types_of_ad_hominem_arguments

Can you see why people think you’re not human? A non-person? Surely no human would refuse to answer or adjust to such criticism, and as posted, also makes no sense why you would wish to be here and participate if those are your views. The whole package broadly discredits your case and credibility, and behavior helps damage your Covid argument with each new day. Would you like to participate and advance an argument that HELPS your point of view now?

I’ve got one: although I can see the numbers rise with every vaccination – Scotland being a good example now 10% over the 5-year mortality rates – anecdotally I can see the unvaccinated getting Covid, and the vaccinated having no reaction – to the jab, which is noteworthy or even suspicious in itself, AND no health problems at this time. This is against our argument AND the official numbers, but the numbers provided have been lies all along, so…? Are they so clever as to create two whole narrative tracks and support BOTH with fabrications? Both Trump and Putin seem shocked and unaware of the virus problems as mentioned yesterday, which is strange and doesn’t fit either.

See how easy that was?

To break the spell, what do you mean? What spell is there if I’m reading both sides and posting both arguments for consideration? “Spell” would literally mean you can only see one side, the other is invisible and inaccessible to you. In general, I only see one side behaving that way, as the ‘majority’ generally does in my experience.

Judge and case: https://en.wikipedia.org/wiki/Argument_from_authority Another logic “fallacy”. Meaning “fallacious”, “In error”, “wrong.” Except in this case a lot worse. So you believe a random judge who we don’t know and is not a medical expert, but not a live doctor you can ask? So this is now “Appeal only to authorities that agree with me already”. Which is one of my regular arguments: “golly, seems like the doctors seem to disagree with each other out there, what’s a poor layman to do?” Their answer: “No they don’t. There are no arguments. No one disagrees, which is why we’re attacking all the disagreers. Submit or Die.” Uh, whut? Clearly if you’re attacking them in courts and the AMA, they are refusing procedures and losing their jobs, then there is disagreement of the highest possible order. CLEARLY. A: “No there isn’t.” All doctors agree, which is why if they don’t agree, they’re not Doctors: Which is the “No True Scotman” fallacy.
https://en.wikipedia.org/wiki/No_true_Scotsman

Why is it every time I turn around with the majority arguments, the major basis of their argument is a raw, open, obvious logical fallacy? Srsly, they’re smart people. Whisky Tango. In any case, yes, I always get my medical determinations from random judges and legal experts. Dewey, Cheatham, and Howe, Esq, what’s your opinion on this week’s Chemo round? I’d like to know.

Can we make a subset fallacy for appeal to the WRONG authority? Like referring to actors on science and geopolitics instead of on the best coke and hookers? ‘Cause that ALSO seems rampant right now.

And there’s something posting “anti” (who aren’t anti) and Anti-vaxxers (who have all been fully vaxxed until now) who harmed/died of Covid? Um, why? There’s a sense of “Own the Libs” or something but based on a totally fake premise because they can’t be bothered to ask and learn and know. Almost nobody doesn’t believe Covid doesn’t exist, so why wouldn’t both Red and Blue die from it? They agree! Covid is a thing! Wow! So what point did you make and own us with? Also, then the reverse would be true: do we go “AHA!” Own the Libs that someone WITH vaccines died, of which there are many and we could post all day, day after day? Not really. Our point is merely that you said vaccines would protect us, and this indicates they don’t. So explain? Update your argument? N. O. P. E. So WOULD you like us to post Obits of the fully vaccinated all day? ‘Cause we can do that but it’ll be Very Boring. Their answer: “No it’s not. The wave of death of very young, very active healthy people isn’t happening. Those are not obits in the paper you’re reading. And although it isn’t, if it is it’s not related.” Which contradicts your own argument. “Because we didn’t look.” Which contradicts your argument. Where do find the TIME to present so many fallacies in a single day? Do you use reference books to make sure you hit all ten fallacies?

Although funny, it’s inappropriate to include the Confederate Battle Flag in the Australian update: The Confederates were for sovereignty and independence whatever their other faults. The Union was for oppressive centralization, later proven when they turned the South into an African colony for 100 years. …EXACTLY one hundred years. Seeming to the day. So yes, it’s always been a mystery to me how Nazis and KKK match up anywhere. I just figured they’re illiterate boobs or the FBI…but I repeat myself.

“White tailed deer have Covid.” Yes, but so do papayas, motor oil, goats, so… Hey are we throwing away those unworking tests yet? And all their fake data? It’s only been two years…

Yes, Avatars flipped to the Right but only page 4. The wordpress misbehavior follows lumpy rules I can’t entirely follow. Often it IS posted, but I can’t see it. Try a different refresh or device and sometimes you can fool it into admitting it’s actually there. Although for Poet, I did not seem to see as many posts as you suggested.

Dr. D is right on this one, deflationista, even if his manner of writing sometimes makes it a challenge to parse what he’s actually saying. One thing that makes the official narrative relatively easy to dismiss is that it has the likes of you pushing it the way that you push it. Once again, the term “self-defeating” comes prominently to mind.

A Thanksgiving Day bonus from the Supreme Court of Missouri!