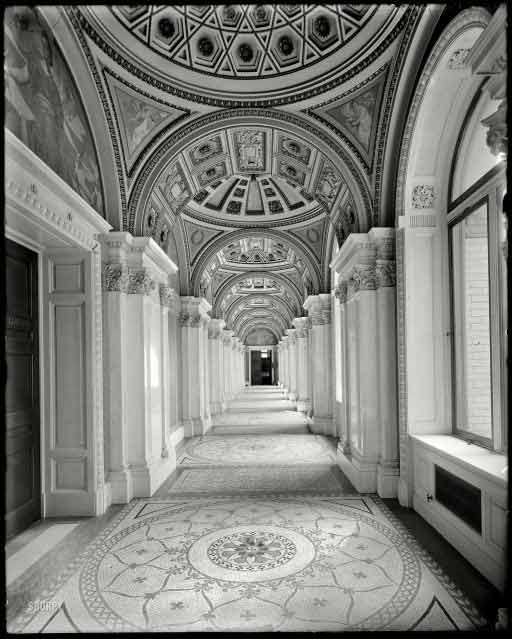 It’s hard to miss the irony in the fact that perhaps the biggest stumbling block to the status quo financial elites in the Western world, who are attempting to kick the can a bit farther down the road, aside from the sheer impossibility of the underlying math, is democratic elections. 2012 may very well be the year where decades of political theater for the benefit of large corporations and financial consumers from sea to shining sea come back with a vengeance to bite the status quo politicians in the ass.

And let’s be clear, it is the run-up to elections and the accompanying theatrical drama that will prove to be the most difficult for the status quo, rather than the actual outcomes of these elections. There is little doubt that almost all of the politicians will end up singing the exact same tune once they are actually in office. The real problem for the perennial can-kickers is that they simply do not have enough time to wait around for the elections to finish and the winners to take office.

First and foremost, we have the elections in Greece to replace the unelected, technocratic government that was force-fed to its people late last year. Due to the increasingly large and vehement public opposition to bailouts for the banks and austerity for the poor, politicians in the “opposition” parties must be very careful not to align themselves too much with the Troika and it’s puppet PASOK party (of which former Prime Minister Georgios Papandreou was a member).

That’s why we see the leader of the New Democracy party, Antonin Samaras, who has his eyes fixated on the position of Prime Minister (I’m not really sure why anyone wants to be the leader of Greece anymore), continuously flounder and backtrack on what exactly he will agree to in the latest austerity package that all of the bailout money has been conditioned on. Last year, Samaras refused to sign any written commitment to the terms of the austerity package, which has since expanded, before finally giving in.

That was all just a prelude to the main show which is taking place now. Samaras has once again “pledged” in writing to implement the Troika’s austerity program, but is simultaneously saying that the program may have to be adjusted once he is in office, since it does not do enough to promote growth (no kidding!). Helena Smith reports on what she was told by a top adviser to Samaras for The Guardian:

“The letter has just gone. We have no problem expressing committment to a stabilisation progam. We are all for eliminating the deficit, controlling the debt and going on with the privatisation program things that right from the beginning we proposed.

It [the letter] makes very clear that we have full respect for the long-term objectives, targets and key policies of the programme.

We also said we should modify the plan to allow for prompt [economic] recovery. We don’t want to make recovery a top priority but we insist that it becomes an additional priority, that it be be applied in tandem with other policies to allow the economy to breath. Is this such an irrational, stubborn view when the [rescue] plan to date clearly hasn’t worked?“

It’s not because the objectives are wrong. From the beginning we agreed with them. But there is a missing ingredient.

Even if it was perfectly implemented the numbers didn’t add up. We are not saying that we are against austerity but we have to change the mix and allow for recovery.

We are feeling a little embarassed that again and again they want us to show our committment to the plan. When we say prioritize recovery we mean we want to discuss it with them, not do anything unilaterally. Even if they allowed us to do whatever we wanted to do we would still stick to the programme.”

How about those statements for floundering and backtracking?? Now that Germany, Finland and the Netherlands are kicking around the idea of delaying Greece’s bailout money until after the elections, Samaras will have to put on an even bigger show about how he will protect the interests of Greek workers and pensioners against the abrasive Eurocrats, and perhaps even promise not to sign off on the current plan. Otherwise, everyone will just assume he is going to do exactly what the Troika requires of him once he gets in office, like the PASOK party he is running against, which is quite a safe assumption.

Secondly, there are elections in France and incumbent President Nicolas Sarkozy has been steadily dropping in the polls against Francois Hollande of the Socialist Party. As of early February 2012, Hollande is almost running at his all-time high of 60% against Sarkozy. If you thought Samaras was being a thorn in the side of the pan-European austerity hawks, then take a look at what Hollande has been saying. Steven Erlanger for the New York Times reports:

“The front-runner for the French presidency, the Socialist candidate François Hollande, criticized European policy on Greece on Monday, saying that mandatory austerity measures were too severe and would never produce the desired results because “everyone knows” that “there is no rebound in growth in Europe and in Greece.”

Mr. Hollande’s remarks, one day after the Greek Parliament adopted austerity measures demanded by the European Union and the International Monetary Fund, while violent protests left many buildings in Athens in flames, offered a critical assessment of European and Greek leaders’ handling of the crisis. The Greek government, he said, would “have a short life,” while the austerity plan forced on Greece amounted to a “purge.”

The French presidential race is heating up with President Nicolas Sarkozy expected to make his candidacy for re-election official this week. Mr. Sarkozy is still running behind Mr. Hollande in the opinion polls for both the first round of voting on April 22 and in a runoff on May 6. In a luncheon interview with a group of foreign journalists here, Mr. Hollande was pleasant and expansive, but remained vague on the details of his programs.”

Right, Politics 101 – keep all your plans and policies for office vague and uncertain, but stay sharply critical of the current administration. Yet, that’s exactly what the markets can’t continue to handle right now – vagueness and uncertainty about the future of fiscal and monetary policy. The French sovereign bond market has so far remained relatively quiet throughout the whole crisis, except for a brief spike upwards in the 10-year yield late last year. If all of Sarkozy’s repeated promises of implementing domestic austerity come into question, though, France’s credit situation could change very fast, especially since it has already been downgraded from AAA by S&P and put on “negative outlook” by Moody’s.

We also have a Spanish regional election in Andalucía on March 25, which is a bit more trivial than those above, but it still has the potential to create some major disruption in the Spanish bond market over the next month. Spain has been one of the worst hit economies during the financial crisis, with its unemployment rate reaching 23% at the end of 2011, and it has so far failed to offer the Troika any “credible” austerity plan for reducing its budget deficit. Angela Benoit reports for Bloomberg:

“Spain’s month-old government may postpone deeper budget cuts until after a regional election in March, adding to the risk the nation misses its deficit goal for the second year.

The ruling People’s Party, led by Prime Minister Mariano Rajoy, will contest an election in the southern region of Andalusia to end 30 years of Socialist rule. Spain’s 10-year bond yields have risen 10 basis points to 5.5 percent since the PP government took over on Dec. 21, increasing the rate to 359 basis points more than German bunds of similar maturity.

“Rajoy doesn’t want to get burnt before the Andalusian election,” Antonio Barroso, an analyst at Eurasia and a former Spanish government pollster, said in a telephone interview. “They’re so crucial for the PP that it won’t take any kind of measure that would undermine its ratings in the region.”

Rajoy needs to slice the equivalent of 3.6 percent of gross domestic product off the budget deficit this year to meet a European Union target, just as the economy may be entering its second recession in two years. Postponing steps until after the March 25 election risks undermining confidence in Spain’s ability to meet its goal, which Fitch Ratings already has “doubts” the country will reach.

“Rajoy has yet to explain how he will reduce the deficit when the economy is shrinking,” said Georg Grodzki, global head of credit research at London-based Legal & General Investment Management, which oversees about $515 billion. “I don’t think Spain can afford to wait for more than two months at the most.”

There’s obviously nothing Rajoy can do to achieve a “sustainable” budget deficit in Spain while the economy contracts, and implemented austerity will only make the latter worse, but he also can’t afford to not offer up any bogus policy promises. The regional election is now getting in the way of him doing so, though, because the Spanish people are simply against any Greek-style “structural reforms” (they are not senseless and can see what has happened over there). Rajoy realizes such opposition exists, and will therefore hold off on submitting a budget until after the election. It’s entirely unclear whether the credit markets will hold off on pounding Spanish bonds into the ground, though.

Last, but certainly not least, we have the 2012 Congressional and Presidential elections in the U.S. I have suggested before that the Obama Administration, in its consistent attempts to present a rosy economic story before November 2, may have effectively killed the capacity of the Fed to “print money” through QE3 asset purchases [Who Killed the Money Printer?]. That in and of itself would be a HUGE blow to the status quo elites who are banking on the Fed to step in with at least a trillion dollars or so in easing to keep the markets happy.

But the electioneering syndrome certainly doesn’t stop there. We also have the Republican Presidential front-runners and those up for re-election in the Senate who will harshly criticize and block any and all attempts of Obama to launch any significant stimulus measures or help bail out Europe through additional contributions to the IMF. Since the Republicans control the House of Representatives, these full frontal blocks will not be hard to carry out. For example, The Hill reports on the opposition to Obama’s latest mortgage refinancing plan.

“The White House has recently promised major steps to boost the housing market and help struggling homeowners, but bruising fights with Congress loom over major pieces of the plan.

The housing market is widely seen in Washington as still struggling in the wake of the subprime mortgage crisis, and weighing down what would be a more robust economic recovery.

But while the administration can nibble around the edges and implement changes, it needs Congress and regulators to get on board with any major initiatives, and this presents significant challenges.”

There are, of course, many other elections occurring around the world, but these are the “democratic” ones that could be the most disruptive to maintaining the status quo, hopium-filled market environment over upcoming months. And, as mentioned earlier, the political theater of these elections is by no means the only thing that could throw a spanner into the works. Here’s another obvious one – all of the non-existent capital that was promised to backstop the Euro periphery through the IMF, EFSF, private bondholder “haircuts”, etc., doesn’t materialize! All in all, 2012 should be a very disturbing year for the extenders and the pretenders alike.