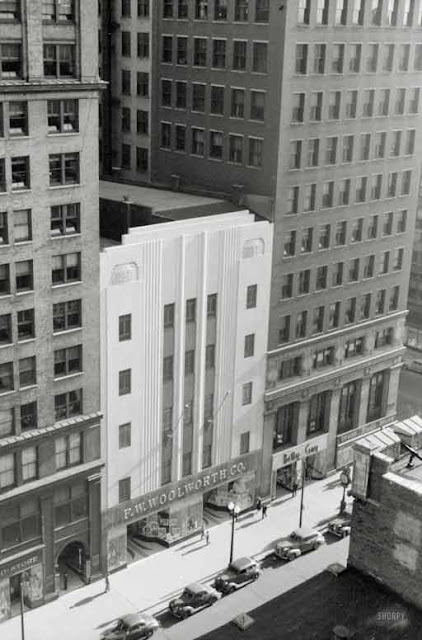 Since Lehman's failure in 2008, the name of the game has been to paper over deeply-rooted solvency issues in large institutions/countries with cheap liquidity. What helped keep markets afloat more than the liquidity itself, though, was the perception by the wealthiest segments of society that their solvency issues were being mitigated or resolved with a combination of loose fiscal/monetary policy and time. That perception was a more powerful and addicitng drug than the actual liquidity or promises of liquidity in the future.

Now, most big money managers are being forced to confront the fact that solvency issues are simply not going to disappear. That's what the Greek PSI debt restructuring scheduled for Thursday, the "success" of which still remains very uncertain, reflects more than anything else. It is the fact that a relatively large debtor is on the verge of default no matter what the PSI outcome is, and also that creditors will be forced into losses through collective action clauses if the uptake of Greece's offer is anything less than ubiquitous.

Although the direct losses from Greek bond holdings may be rather trivial at this point, the Greek government is just one within a long, inter-connected line of institutions that are utterly insolvent. It's default is something that most of the wealthy money shifters are not at all used to or prepared for. That is because the so-called "economic recovery" period of mid-2009 to early 2011 was only a recovery for those who have been concentrating wealth at the top for decades. For the rest of us, the prospect of default, bankruptcy and forced losses, whether we are talking losses in jobs, incomes, investments, social cohesion, etc., have been all too real.

2010: Recovering from the Great Recession

In 2010, average real income per family grew by 2.3% (Table 1) but the gains were very uneven. Top 1% incomes grew by 11.6% while bottom 99% incomes grew only by 0.2%. Hence, the top 1% captured 93% of the income gains in the first year of recovery. Such an uneven recovery can help explain the recent public demonstrations against inequality. It is likely that this uneven recovery has continued in 2011 as the stock market has continued to recover. National Accounts statistics show that corporate profits and dividends distributed have grown strongly in 2011 while wage and salary accruals have only grown only modestly. Unemployment and non-employment have remained high in 2011.

Almost all of those disproportionate gains for the top 1% in the U.S. have resulted from capital gains and corporate profits, which, in turn, are a result of global market valuations being propped up well above their 2009 lows and the relative value of the U.S. dollar being artificially suppressed. Needless to say, neither of those things have anything to do with easing credit burdens or creating jobs in the real economy aside from very short-term effects. Their primary effects are to both cocentrate more wealth and allow financial institutions to maintain very high levels of leveraged exposure to distressed debt-assets, such as Eurozone sovereign bonds.

As consumers pull back, workers are laid off and economies worldwide slow down or contract, the solvency issues for these institutions come back with a vengeance, except this time the fiscal backstops are virtually non-existent and the short-term liquidity measures are not nearly enough to paper over the liabilities. The fact is that even the central banks realize they no longer get any bang for their printed bucks, and that's why both the Fed and ECB have been downplaying their ability to continue providing liquidity in the future.

It is obvious to most that the first and second (perhaps last) LTROs by the ECB, in which an odd €600 billion in net 3-year loans was dished out to European banks, will only exacerbate solvency issues within the European periphery. In addition to creating stigma within bank funding markets, it has increased peripheral liabilities to the core and has drained available money supply from peripheral economies, as noted here. Another nice explanation of this insolvency dynamic is provided via "Sober Look", which also clears up a common misconception about the ECB deposit facility usage:

The mistake people often make is assuming that if banks were to lend these new euros out, the euros would leave the Deposit Facility. But any euro "created" by the ECB (via net new lending) has to end up in some bank's excess reserves (like the game of musical chairs). It may not be the same bank that took out the loan from the ECB, but it is still a bank within the Euro-system. So one way or another (whether banks, lend to each other, to clients, or buy securities) some bank in the Euro-system will end up with the excess reserves (net new euros never leave the system).

The issue with LTRO-II is therefore not the spike in the Deposit Facility. It is with the fact that Eurozone periphery (plus French and Belgian) banks end up using far more of the facility than banks from the "core" (particularly Germany). That has three effects:

2. It creates a further imbalance in M3 money stock. Periphery banks use up the collateral previously employed for secured interbank borrowing (repo) to now post with the ECB against the LTRO loans. The collateral effectively leaves the system (and gets "trapped" at the periphery central banks for 3 years). A decline in repo borrowing among the banks in the periphery reduces broad money supply in these nations.

3. As more of the collateral, including retail and business loans (including ABS), that now qualifies for LTRO, is pledged to the ECB, any unsecured bonds that periphery banks still have outstanding will have zero recovery in case of default – since all the "good" assets have now been pledged (encumbered).

So that is what massive amounts of ECB liquidity gets you these days – greatly exacerbated solvency problems. These are not even long-term effects that only make themselves known a year or two later, but immediate effects that most mainstream analysts/publications (such as the FT or WSJ) are picking up on. Although QE3 is not really the same thing as LTRO, I guarantee the Fed is not looking at this European situation and jumping to the conclusion that more easing is needed right away, or that it could do anything to ease the systemic fear even if it was given the green light.

It's not that the liquidity spigot will be completely turned off, because it won't. Eventually, market valuations will decrease and the situation will become dire enough that little justification is needed for central banks to continue doing the only thing they are capable of doing. But, in the meantime, the perception that this liquidity (or monetization) can achieve the same effects it did 3 years ago will have diminished to the point that it doesn't matter either way. Liquidity or no liquidity, the big money managers will be scared to death of putting their dwindling capital at further risk.

And that will be in no small part due to the fact that, after this Thursday, the abhorred precedent of systemic debt default will have been set in the Eurozone. The Greek government, Troika and IIF have been doing everything they can to frighten hold out creditors into swapping their bonds, but they fail to understand what these big money investors are really afraid of. They are afraid that, even after the Greek deal is done and losses are absorbed, all of the debt floating around in the Eurozone will still be just as unsustainable as it was before; that it is only a matter of months before Portugal, Ireland, Spain and then Italy are clawing for more bailouts and similar restructuring deals; that Germany's economy will cave in as export benefits from keeping the EMU together are greatly outweighed by the monetary and socipolitical costs.

It is this fear that is currently weighing on markets and will continue to weigh on them until they reach significantly lower valuations. The truth is that, once this process gets going, no one is really quite sure where it will end up. Everyone has a large stake in this system, so it's not as if the big moneyed players will simply roll over and die without a fight. What's key to remember, though, is that many of them will be forced to pick their fights more carefully in the near future – to duck a few punches instead of leaning into every last one. They will have to learn to live with at least a portion of the reality that the rest of the world has been living with for years on end.

Home › Forums › Why Liquidity is No Longer Enough