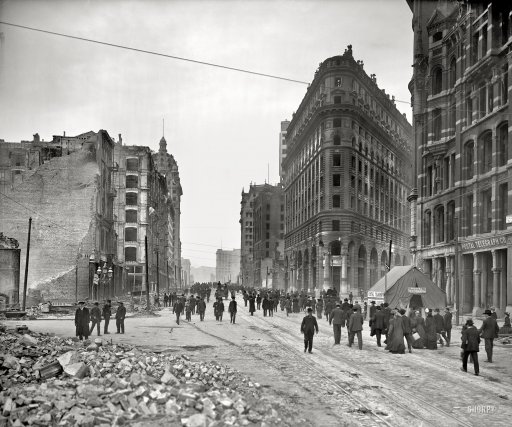 Filed under Be Careful What You Wish For, once again here’s our friend Euan Mearns, this time on how well-intentioned green initiatives may bankrupt and eviscerate entire nations. Euan’s site is Energy Matters.

Euan Mearns: I last looked into the details and consequences of Scottish energy policy in the pre-referendum post Scotch on the ROCs. The expansion of Scottish renewables is progressing at breakneck speed and the purpose of this post is to update on where we are and where we are heading whether anyone likes it or not (Figure 1). Objections to wind power normally come from rural dwelling country folks whose lives are impacted by the construction of wind turbine power stations around them. My objections tend to be rooted more in the raison d’être for renewables (CO2 reduction), their cost, grid reliability and gross environmental impact. One issue I want to draw attention to is the vast electricity surplus that Scotland will produce on windy days in the years ahead. That surplus has to be paid for. Where will it go and how will it be used? 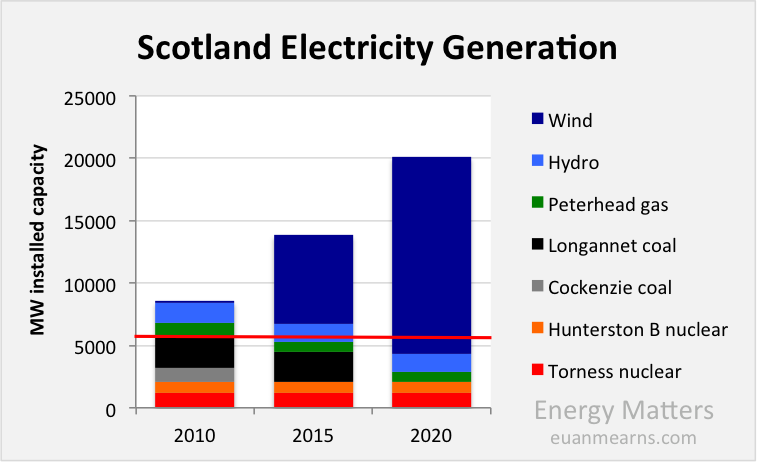 Figure 1 The rapidly changing face of electricity generation in Scotland. Wind power seems destined to grow from virtually nothing in 2010 to 15.8 GW come 2020. Maximum power demand in Scotland is 6 GW (red line).

This post was prompted by a couple of emails in the wake of my recent post on WWF Masters of Spin that brought my attention to two short reports prepared by Professor (emeritus) Jack Ponton that describe how operational and consented wind farms will already take Scotland beyond its 2020 target. The small pdfs can be downloaded here and here and the two key charts are reproduced below. 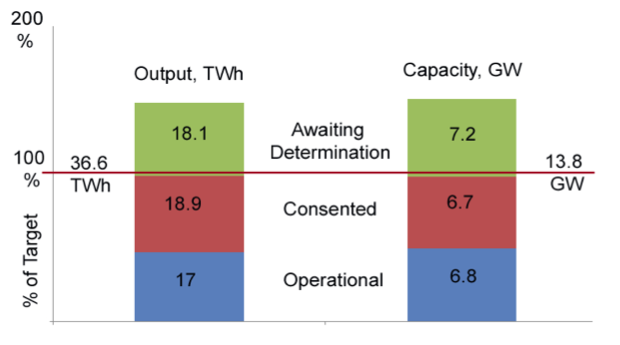 Figure 2 The status of operational, consented and pending wind farms in Scotland as of August 2014. 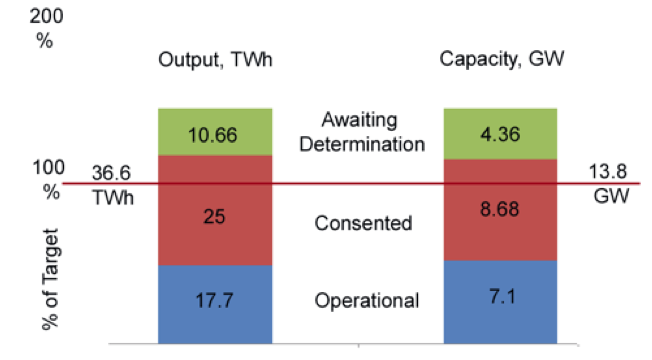 Figure 3 The status of operational, consented and pending wind farms in Scotland as of October 2014.

Figure 2 shows how in August 2014 operational and consented wind farms already had the capacity to meet the Scottish Government target of 100% electricity from renewables by 2020. Subsequent to that there has been a new round of wind power stations consented that takes us way beyond the target (Figure 3). So what is there to worry about?

Figure 1 shows the status of Scottish electricity generating capacity in 2010, 2015 and 2020 (it’s reproduced below to ease inspection). There has been an astonishing transformation.

The status in 2010, that doesn’t seem that long ago, shows two nuclear, two coal and one gas fired power station, a suite of hydro electric power stations and barely any wind turbine power stations. The red line shows approximate peak demand in Scotland of 6 GW and with 8.4 GW despatchable power, Scotland’s electricity needs were safe and secure

By 2015 a major transformation has already taken place. Cockenzie coal fired power station has been closed. But we still have 6752 GW of dispatchable power, comfortably in excess of peak demand but susceptible to a nuclear outage. Peterhead gas now has a standby role with reduced capacity. Part of that power station may also be developed for carbon capture and storage (CCS). But the transformation is the expansion of wind to 7.1 GW, most of which is onshore. Flexible dispatchable power (coal+gas+hydro) totals 4.7 GW. Hence, when the wind blows hard we still have power to switch off and of course we have about 3.3 GW of interconnection with England. In 2010 we had 8.6 GW of generating capacity and today we have 13.9 GW generating capacity, that’s up 62%. The system is still safe and secure and expensive, testified by the fact that my lights are still on.

The 2020 configuration assumes that all the 8.68 GW already consented wind is built (Figure 3). The future of the Longannet coal fired power plant is currently being discussed by its owners and the Scottish Government. Given the massive over capacity that we already have, it seems likely it will close down. This is probably Scotland’s cheapest electricity supply.

The two nuclear plants should still be operational. We will still have 4.4 GW of dispatchable power, 1.6 GW below the safe threshold. But 15.8 GW of wind operating above 9% capacity will cover that for most of the time, any shortfalls should be met by importing dispatchable power from England, but that will depend on how the capacity margin in England evolves. The reality will be that 2.07 GW of nuclear power will provide the stable system base load 24/7/365. When one of these plants is off line for scheduled or unscheduled maintenance we will be more heavily dependent upon imports. Unless of course Longannet coal is kept on permanent standby.

The problem therefore in 2020 is not so much risk of blackouts but what will happen to the vast surplus of power we will produce when the wind blows hard as it has been doing in recent days. In the UK as a whole, peak demand is always around 6 pm on a week day in winter and minimum demand is always at night at the weekend in Summer (Figure 4). The minimum is about 38% of peak, in Scotland, roughly 2.3 GW. Night time summer demand for electricity, therefore, may be almost met by our two nuclear power stations.

At this point we need to remind ourselves about how the renewable merit order and subsidy system works. In short, the producers get paid their elevated guaranteed price regardless of whether or not there is demand for the power. According to Prof. Ponton’s calculation we are on schedule to produce 6.1 TWh annual surplus of wind power [17.7 TWh operational+25 TWh consented -36.6 TWh total annual demand =6.1 TWh wind surplus]. To this needs to be added approximately 16 TWh of nuclear and hydro giving us a total annual surplus of 22 TWh. How is this surplus going to be used?

Plans are progressing to increase the interconnector capacity to England to 6 GW which is an interesting number since this is the same as Scotland’s peak demand. Part of “The Plan” is evidently for Scotland to export its surpluses. The snag is that when the wind blows hard it is often blowing hard in England and Europe too. At those times spot power prices are rock bottom and there is high chance that neighbouring countries will be gagging on surplus wind power at the same time. When the wind blows hard Scotland may be producing a 10 GW surplus that has nowhere to go.

The Scottish Government often talks fondly of the hydrogen economy where surplus renewable electricity may be used to make hydrogen, normally by the electrolysis of water. The trouble with this, which is conveniently ignored, is that in making the hydrogen about 30% of the renewable energy input is lost, with a further 30% lost on energy recovery when the hydrogen is combusted or used in a fuel cell (estimates vary according to whether or not waste heat is recovered and used). Very quickly, 50% of the expensive subsidised and paid for wind power is lost. This is a short cut to bankrupting the country.

Pumped hydro storage is a more feasible and scalable option and the Coire Glas scheme that has been approved but awaiting a final investment decision presents an ideal case study. In my post The Coire Glas pumped storage scheme – a massive but puny beast, I drew attention to how impotent Coire Glas would be in providing backup power to the UK. Let’s skin the cat another way at the Scottish scale.

Coire Glas will have storage capacity of 30 GWh. How many times would it have to be filled and emptied to store the 22 TWh surplus that Scotland is shaping up to produce?

With 50 hours generating capacity it is going to take about 1 week at optimum conditions to fill and then empty this massive beast. And so we are talking roughly 14 of these beasts (733 cycles / 52 weeks = 14.1 Coire Glas schemes required) to cope with the annual Scottish electricity surplus. This may sound feasible, but Coire Glas alone creates hydrology problems on the Lochs on the Great Glen that will act as the lower pumping reservoir. It is simply doubtful that Scotland will have 14 sites on the scale of Coire Glas that can each be filled and emptied 52 times each year without totally wrecking the hydrology of the lochs and river systems that are involved. If there is a concrete plan that shows how wind can be stored and delivered via pumped hydro storage then I’d like to see it.

Another option for consuming this surplus is to reconfigure the nation’s heating requirements away from natural gas to electric heating. Norway for example uses cheap hydro electric power as its main source of domestic and industrial heat. It’s just a pity that wind is currently one of the most expensive forms of electrical power that we have. Overproduction of expensive energy is quite simply a bad idea.

Home › Forums › Too Much Of A Good Thing: Scotland Gags On Wind Power