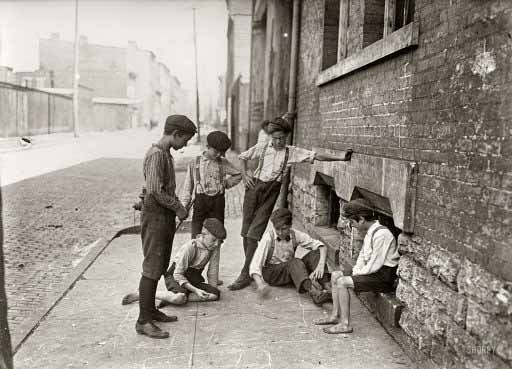 Ilargi: One more time (could this be the last?), we delve into the notion that energy, and oil in particular, might have caused the financial crisis. We’ve done this more times at The Automatic Earth than we should have already, if you ask me, but Stoneleigh, who has far more patience than I do, has this Q and A with a TAE reader. My view: oil and oil prices as a causative agent for the credit crunch remains a non-starter for all but the peak oil religious fanatics.

The most obvious issue to address in the reader’s statements below is the idea that if we had $20 oil today, there would be no financial crisis. I don’t think I even see the possible relevance here. For example. one of the main and most obvious symbols of this crisis so far has been Bernie Madoff. He’s not Lehman, AIG or Goldman Sachs, and he’s not the government of Greece, or Britain, or America, but his spiel, his schtick and his scheme are the exact same. The key word is Ponzi. Not oil.

But no, neither Madoff, nor AIG, nor Goldman nor any of the governments did what they did because of oil, or oil prices. All these schemes started out when oil was still dirt cheap, and it never factored in. Really, hard as it is to fathom or accept, the financial crisis has fed simply and only off itself, though non-existent regulation and the ensuing opportunity for endless greed. It never needed anything else. Ponzi schemes are like those secret service messages: self-destructing.

Which is not to say that oil couldn’t bankrupt BP, but that’s a whole other story. Here’s Stoneleigh:

Stoneleigh: Let me try to resolve the apparent contradictions by answering some questions from a TAE reader:

Q: In 1933 there was a shortage of everything. Commerce had been dead for enough years – killed by gold- buggery – that there was shortages except for crops that were rotting in the fields (and petroleum that was wasted, according to Jeffrey Brown, who I believe.) No money meant no production = shortages = no commerce = no new money in the system in a self- reinforcing cycle….

….citizens hoarded paper dollars as they had hoarded specie. Paper dollars were still worth more than (pauperish) 1930’s commerce.

Stoneleigh: Exactly. The lack of money led to shortages because without it one could not connect buyers with sellers, so production died. But not for want of raw materials. Farmers threw milk they couldn’t sell in ditches while down the road people were starving. That is what I have been saying will happen again.

Money is the lubricant in the economic engine. Trying to run an economy without it is like trying to drive your car with the oil light on. The vast majority of the effective money supply consists of credit, and deleveraging will take care of that. As for the small amount of money left, people will be hanging on to it with both hands because they won’t know when they’ll be able to earn any more.

The fall in the velocity of money will aggravate credit collapse dreadfully. The result will be an unbelievably severe liquidity crunch, worse than the 1930s because the scale of the hangover is proportionate to the scale of the party that preceded it.

For a while it will look like we have surpluses, merely because production will be set to meet a level of aggregate demand that will no longer exist due to a collapse of purchasing power. Then production will disappear as well.

We tell people to make sure they have preserved capital as liquidity, as dollars (and other currencies) will indeed be worth a great deal in relation to available goods and services. Those who still have money will be the only ones with purchasing power.

Stoneleigh: Quite so. This time there are far more people with far fewer skills and far higher expectations. Moving into the same kind of crunch scenario will hurt far more this time. This is why I tell people that they have to build relationships of trust now to carry them (hopefully) through hard times. I don’t say this because it’s any kind of guarantee of success, but because it’s all they can do and one has to do something. The big picture can look so awful as to be paralysing, so people need to keep taking one step at a time. It’s far better to do that than to lie down and die, or drink one’s self to death as many Russians did after their smaller collapse.

Q: If we have $20 oil there will be no crisis, guaranteed. $20 oil and we have lots of credit/money expansion. Multipliers working and inflation/growth. We would have commerce. We would all be buying shit from (low- wage/cheap coal) China.

Stoneleigh: I disagree. I think we will see $20 oil, but only because of a massive fall in aggregate demand due to the evaporation of purchasing power. $20 oil will not be cheap oil. On the contrary, it will seem very expensive to most people.

That is what deflation does – prices fall but purchasing power falls faster, making almost everything less affordable. As a much larger percentage of a much smaller money supply will be chasing the essentials, they will receive relative price support, meaning that their price will fall less than everything else, so the essentials will be the least affordable of all.

As with many things, demand collapse sets up a supply collapse and a resource grab, so we could see oil go from $20 to $500, if in fact there is any oil left on the open market at all by that point. Since oil IS hegemonic power in a very dangerous world, that may not be the case.

Q: Oil shortages (relative to credit- fueled demand) force an allocation regime on a ‘super- size me’ economic model of ‘all of the above, please!’

Stoneleigh: By the time we have oil shortages, we won’t have any credit-fueled demand because there will be no credit. First we lose the credit, which cripples purchasing power, then we lose demand (where demand is not “what you want”, but “what you can pay for”). We’ll have a temporary glut of oil, which will kill investment.

The lack of investment in new production, and lack of money for maintenance of existing equipment, and potential sabotage of existing equipment by those with nothing left to lose, set up a supply crunch. By that point very few have any purchasing power at all, and none of it credit-based, but governments and their militaries will be chasing down whatever is available for their own use (and hoarding where possible).

Q: Look around you … everything you see, that you will see tomorrow and the next day … what you eat and wear and sleep under … the computer you write on … is a product of cheap oil. Where would finance be without it?

Stoneleigh: There was a primitive derivatives market in Holland in the 1630s (at the time of the Tulipmania). Bubbles of ‘financial innovation’ (ie the rediscovery of leverage) do not depend on fossil fuels. They have happened time and time again in history and are a product of human nature.

Energy, in one form or another, absolutely is a key driver of expansion, although one can build a ponzi scheme on surprisingly little of it because ponzi wealth is virtual wealth. It takes energy to build real things, but much less to build imaginary value.

Once a ponzi scheme has been created, it will collapse, as these structures are inherently self-limiting. Finance becomes a key driver to the downside, even where energy is still available.

Q: Maybe I’m wrong and maybe I’m an idiot but the confluence between you and I is where the US dollar becomes a proxy for crude oil rather than the proxy for commerce/business that was once upon a time leveraged from it.

Stoneleigh: I am not convinced we will see the dollar become a proxy for oil. I think the dollar will rise substantially as dollar-denominated debt deflates (creating demand for dollars), and people make a knee-jerk move into it on a flight to safety. However, I don’t think this will last more than a year or two at most.

I think we are headed into a chaotic currency regime where floating exchange rates are dropped, currency pegs instituted in an attempt to ‘beggar they neighbour’, and those currency pegs fail. I can’t see any fiat currency coming that’s being backed by hard goods, in that time. I can imagine a true hard currency down the road a few years, but I very much doubt it will be a currency that exists now.

Stoneleigh: Much of that will happen just by taking the credit out of the system, and if we do see a true resource-backed currency down the line, then it would be very much worse. It would amount to far more than conservation by the back-door though. It would be brutal deprivation with no regard for the most basic needs, let alone wants.

Q: Conservation isn’t an issue unless there is something vital that needs conserving! It’s not finance, Stoneleigh … there is no limit to finance that is credit- based. There are only limits to finite natural capital!

Stoneleigh: There is a limit to credit expansion, as there is to every ponzi scheme. Eventually the debt created can no longer be serviced, the biggest sucker has been fleeced, expansion can no longer continue and we see the implosion of the structure, where the excess claims to underlying real wealth are messily and rapidly extinguished. The virtual wealth disappears. That is deflation.

Q: If cheap, accessible oil was available (still) it would be drilled, no?

Stoneleigh: It might well be left in the ground for later if there was already an excess of production relative to demand at the time.

Q: Take away oil and we have what we have … a finance world without anything to leverage but rioting Greeks.

Stoneleigh: People have managed to leverage the darnedest things in human history. I’m not suggesting they do it in the absence of energy, but as I said before, the creation of virtual wealth through leverage takes much less energy than the creation of something real. Energy is required to fuel the necessary socioeconomic complexity of course, and it can be energy in many forms – food surpluses, wood or cheap/slave labour from colonies for instance.

Fossil fuels have enabled the largest increase in socioeconomic complexity in history, and financial innovation is part of that. But finance is not purely a passive consequence. It is a key driver in its own right, especially during contractionary times, or maybe we should say: THE key driver both during Ponzi growth times and Ponzi contraction (collapse) times.

Home › Forums › Oil, Credit and the Velocity of Money Revisited