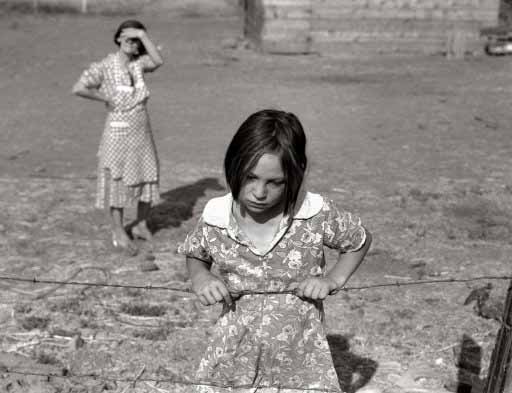 Stoneleigh: Since we at The Automatic Earth generally tell people to hold cash or cash equivalents, it makes sense to expand on that a little, and to point out some of the location-specific risks of doing so. We tell people to hold cash because that is what they will need access to in order to make debt payments and to purchase the essentials of life in a society with little or no remaining credit. The value of cash domestically – in terms of goods and services in your own local area – is what matters most.

Domestic currency value relative to other currencies internationally will be very much a secondary concern for most people, as the ability to exchange one currency for another is not likely to last far into the coming era of capital controls. Currency risk is likely to become very large, and almost everyone will be better off holding whatever passes for cash wherever they happen to be.

As the price of goods and services fall, thanks to the destruction of purchasing power brought about by collapsing money supply, what cash you still have will go a lot further in terms of, say, milk and bread. Capital preserved as liquidity will go a long way. However, there are no no-risk scenarios. Apart from the obvious risks of fire, flood and theft, other risks to holding cash will grow over time. Liquidity can be as hard to hold on to as it sounds.

One particular risk is the reissuing of currency. Russia did this during the economic collapse of the Soviet Union, and made it so difficult for ordinary people to convert old currency into new that much of the middle class lost their life-savings. In Russia trust in relation to banks was not particularly high, hence there was a lot of money under the beds of the nation that the powers-that-be were attempting to flush out. That is not the case in present day industrialized countries, where people generally believe that banks are safe and deposits are publicly guaranteed in any case.

On top of that, few people have savings, having become dependent on access to cheap credit for their rainy-day funds. There is virtually nothing under the beds of the Western nation, and so essentially nothing to flush out.

In addition, dollar-denominated debt deflation will increase demand for dollars, and hence increase their value. This should reduce pressure for any kind of radical currency reform for a while. If the US does eventually reissue its currency, I would imagine them doing so in order to deprive foreign holders of dollars of purchasing power. There are very large numbers of dollars held overseas, and these would not be able to be exchanged in a currency reissue. At some point this may serve the interests of the US, but not soon.

The situation in Europe is far more complex, and the risk is likely to vary between European countries. The reason is that the euro is less of a single currency than it is a strong currency peg. Whereas in the US the primary loyalty is to the political unit that issues the currency, in Europe the primary loyalty is to a lower level political unit. Currency values are grounded in relationships of trust, and the disparity between primary loyalty and currency control suggests that this essential component is weak in Europe. Where trust is weak, common currencies are also weak and my have a limited lifespan.

I think it very likely that the eurozone will decrease in size over the next few years, as the countries of the periphery find the austerity measures they are forced to live with increasingly intolerable. The social divisions that will widen as austerity measures are applied locationally will have greater and greater effects. Europe has a long history of conflict, with each country feeling that the natural extent of its own sphere of influence is whatever is was at its maximum past extent. This means that they all overlap on a continent with a long history of imperial rise and fall.

Emotional responses to past events still run very deep in Europe, even where those events were hundreds of years ago. This is a recipe for balkanization once there is no longer enough to go around. Witness for instance the ridiculous marching season in Northern Ireland, which exists to rub the noses of the catholic population in a defeat (the Battle of the Boyne) from several centuries past. That sort of behaviour is grotesque and should be an outright anachronism in a modern Europe, yet it persists, and there are other comparable examples (see for instance the reaction of Serbian people to the anniversary of the Battle of Kosovo Polye).

All common currency zones define zones of predation, that is: define the regions that feed an imperial centre. The current European periphery includes such nations as Greece, Spain, Portugal, Ireland and all of Eastern Europe. It may also include Italy and the Netherlands, as both of these areas have major debt issues (housing bubbles and national debt). It would also include the UK in a sense, despite the fact that the UK is not part of the single currency. The UK is an international financial centre of considerable stature, but has an enormous debt problem and very few visible means of support going forward, once North Sea oil and gas cease to provide revenues and the City of London takes an inevitable knock-out blow.

I would expect the eurozone to be composed of a much smaller number of countries in the future than it is now, as peripheral countries are driven to the brink and beyond. The risk of currency reissue in these countries is therefore significantly elevated in comparison with the US, for instance. Where that risk is higher, there will be greater impetus for moving from cash to hard goods sooner rather than later. In places where that risk is smaller, one may wait longer for the price of hard goods to fall and therefore spend less on them. Where that risk is larger, the wait should be shorter, even though that would mean paying more, so long as debt is still not part of the equation.

Short term bonds (the primary cash equivalent) are not really an option in Europe the way they are in the US. The shortest term available is measured in years rather than months, which could easily be too long. This means that Europeans will face harder choices on this front as well. I would suggest that Europeans afraid of facing a currency reissue should consider the value of hard goods sooner rather than later. As always, pooling resources can get you further own the list of recommended priorities than you could possibly hope to achieve on your own (ie hold no  debt, hold cash and cash equivalents and gain control over the essentials of your own existence).

Everyone will need to make the transition from cash to hard goods at some point. Cash is what you need to navigate the great deleveraging, but over the time the risks to cash will rise and you will need to think of the next phase, which is addressing the risk of the kind of economic upheaval that breaks supply lines. That will come first, and inflation (ie actual currency printing) will come much later. Inflation is only a risk once the power of the bond market has been broken, and that is not today’s risk, nor tomorrow’s.

That is something to consider much further down the line. Deflation and depression are mutually reinforcing in a spiral of positive feedback. That is not a dynamic that will end quickly, but end it will some day. At that point, or well before depending on where you live, you will want to be fully invested in hard goods.