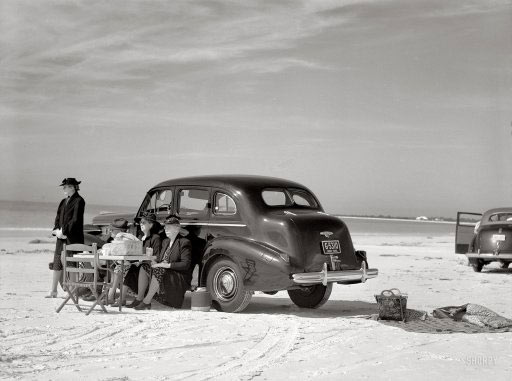 Stoneleigh: People occasionally comment that we only consider the circumstances of the relatively wealthy in articles like, for instance, our Lifeboat Primer. It is true that by no means everyone can achieve the ideal circumstance of holding no debt, having cash on hand and having some control over the essentials of their own existence, however there are many other important factors in play that may decide the balance of advantage.

It seems important to consider explicitly the plight of those lower down the financial food-chain. The decisions people have to make will depend critically on their personal circumstances. However unfair it may be, all of us face constraints grounded in where we find ourselves in life, and we do not all have the same options available to us. This may seem overwhelmingly to favour the currently better off, but this is not always the case by any means. There are different ways of being well off besides the conventional monetary definition.

If one is going to fall out of a window, how much it hurts when one hits the ground will depend on how many stories high the window was. Some of those who live a relatively hand to mouth existence may find themselves falling out of a ground floor window. They will dust themselves off and move on. This will be much less painful than falling from the hundredth floor, as many of the better off will end up doing. People who may have nothing, but also owe nothing, are not so badly off in comparison with those who have a lot, but owe far more than they have. The latter is a very common situation, and will become increasingly common as assets prices fall in a deflationary environment, and debt servicing becomes ever more onerous. Very many seemingly wealthy people are over-stretched “like butter spread over too much bread”, as Bilbo put it in The Lord of the Rings. Essentially, it is far better to have nothing, than less than nothing in net monetary terms.

As we have pointed out before (see Trickles, Floods and the Escalating Consequences of Debt), indebtedness can have serious consequences. Just because we have not seen these recently in developed countries does not mean they are gone forever (in an ever-increasing spiral of civilized behaviour). For the time being, civilized methods exist for getting out from under unrepayable debt, but these are unlikely to persist once too many people try to rely on them. For those who think they may need to have recourse to bankruptcy, it would be better not to wait too long, as that particular door may close. Being in debt gives others power over one’s life, and that power may be exerted in many different ways, none of which are likely to be pleasant for the debtor.

We have seen the subprime crisis, which involved primarily the poor in an exploitative and predatory relationship with the financial system. That is now essentially over. The interest rate adjustments on those negative amortization loans (where borrowers were offered a low teaser interest which reset after a few years, and the unpaid interest was added to the principle at the end of that time) are mostly in the past. Loan re-adjustments will continue until 2012, but now for prime mortgages. These are typically people who are much wealthier, but couldn’t resist, for instance, the Palm Springs beach house or the New York condo. These are people whose lives have always been thoroughly embedded in in our modern bubble economy, and whose decisions have all been based on the assumption of its continued existence. A significant percentage of such people is carrying many other forms of debt in addition to mortgages. Many wealthy people are in at least as deep a hole compared to their income as any subprime borrower, and many of them will lose their shirts as well.

Also, everything you own you may have to protect in one way or another, and this can require significant resources, as well as cause significant stress. Many wealthy people in disparate parts of the world effectively live in gilded prisons, where they have to pay for protection services (and never know when someone else may outbid them for the services of their private security guards). In some parts of the world, kidnapping the children of the wealthy approaches the level of national sport. While there are obvious comforts to being wealthy, it is no panacea and no real predictor of surviving or thriving.

The critical factor is not so much available money, as adaptability. Although money represents unmade choices, and is therefore an advantage in one way, the ready availability of money has also made many people soft, and prone to take the path of least resistance. This has often lulled them into a false sense of security. Some people know how to be poor and others do not. Better yet, some know how to be both poor and happy. For some, poverty would be merely a frustration, and for others an insurmountable obstacle. <The Future Belongs to the Adaptable>, not necessarily to the currently wealthy. Wealthy people are too often dependent on a functioning system – a system they have learned well how to navigate and function within, but a system that is extremely brittle in its economic efficiency. Without that all-encompassing life-support system, they may not be able to function at all. During the Soviet collapse, the former pillars of community (most often middle-aged men) frequently drank themselves to death because they could not adapt to a new reality.

The wealthy may have deliberately chosen to buy themselves out of the need for ‘messy’ human entanglements and interdependencies in favour of maximizing autonomy, but this can be an acute vulnerability in hard times. Community matters far more than money. No man is an island, and pooling resources can do a lot to help a group of people get through a bottle-neck, even if none of them is wealthy. Time, skills, creativity and emotional support are at least as important to share as money in building a mutual support system. Doing so can greatly reduce the dependence on money to the benefit of all involved, given that money will be very scarce. Pooling resources across the generations can be particularly important, and represents the way the vast majority of humanity already lives, where top-down services and other external supports have never been available. Extended family is a tried-and-tested, and very robust, structure.

In difficult times, who you know, and how well you know them, matters at least as much as what you know, and the most important connections are not necessarily those with the wealthy or powerful. There is simply strength in numbers, especially where those numbers are based on relationships of trust, and a trust born of mutual interdependence can be far more common in the lower echelons of society where it has been more necessary, and may therefore have been more firmly established already. It is necessary to know whom to trust, and towards whom to maintain a healthy scepticism. The poor are often more adept at telling the difference.

“The rich get to play, while other, less privileged parts of the population, such as the immigrants, the squatters and the homeless, the chronically unemployed or underemployed, the bums (the real ones, not the ones in government), simply don’t have the same options. At the same time, their need for community is much greater, and so they spontaneously self-organize, network informally, and defend their interests as best they can. They all know that “a nail that sticks up gets hammered down” and so they don’t advertise their efforts or make them official or explicit.”

We need to learn from those who have lived a life where they have had to learn on their feet. It is not possible, nor indeed necessary, to avoid all difficult environments, but it is quite likely to be necessary to learn to operate within them, and this is not a subject taught in school. As TAE commenter Subgenius said recently:

“I also bought a LOT of unpleasant people drinks, etc. over the first few years. A few years in and a situation got very out of control and I found I had a small army backing me up, which saved me from a pretty nasty set of possibilities. Remember – neighbors are ALL. You don’t have to LIKE them, but treat them with what THEY perceive as respect and they will look out for you. “

Finally, we can take comfort in the words of John Steinbeck, expressed by Ma Joad in The Grapes of Wrath:

“I ain’t never gonna be scared no more. I was, though. For a while it looked as though we was beat. Good and beat. Looked like we didn’t have nobody in the whole wide world but enemies. Like nobody was friendly no more. Made me feel kinda bad and scared too, like we was lost and nobody cared…. Rich fellas come up and they die, and their kids ain’t no good and they die out, but we keep on coming. We’re the people that live. They can’t wipe us out, they can’t lick us. We’ll go on forever, Pa, cos we’re the people.“

Home › Forums › The View from the Bottom of the Pyramid