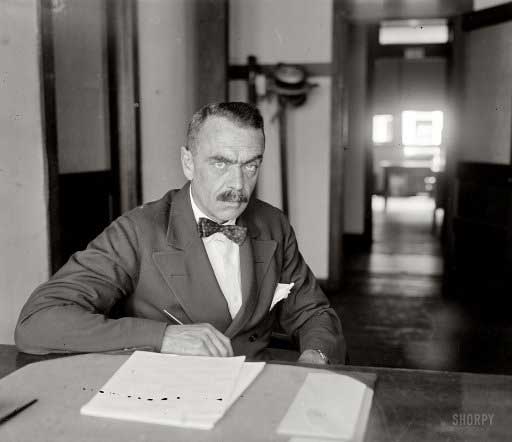 Ilargi: As everyone spends their time getting increasingly nervous about the future quality of ouzo and olive oil, Stoneleigh looks ahead and beyond and holds up a mirror that says many of the aspects of modern day Greek society that make it so vulnerable are in fact established features of all countries and communities, features that have merely been dormant for what will look to yet-to-be-born historians as no more than the blink of an eye. When times get tougher, so will we. And although we may like the sound of that at first glance, it doesn’t necessarily spell a lot of good, not when it means we get tougher on each other.

People are increasingly collectively horrified at the extent of the fraud and corruption that lies at the heart of our financial and broader governance structures. They seem surprised, as if this were something new, when it has actually been growing in tandem with our credit hyper-expansion for decades. Corruption in complex systems never goes away, it merely waxes and wanes, and goes through phases where it is more or less visible.

During long manic periods, all manner of abuses occur, but no one notices while the party continues, because no one wants to notice. As long as people generally have access to easy credit and the illusory wealth effect it brings, they don’t ask hard questions and are largely oblivious to risk. Even if they lied on their own mortgage application, in order to qualify for a larger loan than they could really afford, and know others who did the same, they cannot seem to imagine what the consequences might one day be, both for themselves and for the financial system as a whole. To paraphrase one journalist who commented on the national pyramid bubble in Albania in the mid 1990s, when people feel they are operating within the bounds of properly structured criminality, they feel no personal responsibility and do not fear consequences.

Both the predators and the prey are complicit in the development of a mania. Predators lent money into existence without regard to risk, since they were selling that on to Wall Street investors through securitization. Just like those they preyed upon by actively enticing people into loans they could not afford, they turned a blind eye to the blatant lies on mortgage applications, inflated assessments and other fraudulent aspects of the developing bubble. They made their money through fees anyway, but did not contemplate the creation of systemic risk which would ultimately bring them down as well.

Both sides had an interest in the party continuing because it benefited them personally in the short term. The prey were insisting on being handed the empty bag, which is all that’s left at the height of a bubble, while the predators were only too pleased to oblige. Of the two, the predators were certainly in a better position to assess the situation and must be regarded as the more culpable party, but without the greed of the prey, the exploitation would not have been possible.

When times have been both relatively good and stable for a long time, people’s time horizons lengthen, and they feel they have the luxury of the longer term view. Economists would say that their discount rates (the extent to which they value the present over the future) have declined. Humans are never collectively very good at taking a long term view, but in stable times, where they don’t have to worry about where their next meal is coming from, they are at their best in this regard. It is in times like this that environmental movements arise and humans start collectively valuing other forms of life (many individuals do this anyway, but for it to become a collective movement requires a human herding element that is only present at certain times).

The height of a mania is a very unusual time that combines the best of good times for a majority of people, illusory though it may be, with a rapid rate of change. People begin to manifest mixed messages, for instance environmentalism tinged with fear. As discount rates steepen, people make more and more short-term decisions and ignore the longer term risks. They throw caution to the wind, with predictable consequences, first through euphoria and then in desperate denial. That is how we became the authors of our own present debt predicament.

Eventually, as the mania comes to an end, the rapid rate of change mostly to the upside will be replaced with a rapid rate of change to the downside, combined with a significant contraction in material wealth, as excess claims to it are extinguished. The confluence of circumstances that had led to a longer-term view will reverse sharply. Unfortunately, the result will be a state of crisis management, just when cool heads and rationality would matter most. We who have had the luxury of the long term will find out what it is like to worry about where our next meal is coming from, and just how short our time horizons will become under those circumstances.

In many parts of the world, instability has been a chronic condition for decades. There are huge disparities between haves and have nots, and one’s position of fortune or misfortune is often determined in relation to personal connections with those in power, when power itself can be a very ephemeral thing. These are conditions that promote very high discount rates, not just among the have nots who have to worry about feeding themselves, but also among the haves whose benefactors could be out of power tomorrow, ending their privileged position. Under these circumstances, governance is often appalling, because those in or near power have a direct incentive to loot the public coffers while they have the chance. Where power structures are clan-based, the incentive is even stronger, as losing power could easily lead to persecution by the incoming group, and the consequent need to escape with portable wealth.

What this engenders is a culture of endemic corruption, which we would do well to study, as it is likely where we will find ourselves for much of this century. We think we live with corruption now, as we hear about fraud, ponzi schemes, bailouts combined with epic bonuses and a revolving door between Goldman Sachs and the US Treasury. As self-evidently corrupt as this is, it is nothing in terms of the impact on daily life compared with the top-to-bottom corruption other peoples have to live with. We have not had to pay off every public official for the performance of his own job, pay bribes to secure contracts, pay to have legal standards waived, pay protection money to the police or pay a high enough political ‘roof’ to prevent our property from being claimed by the better connected. We have not had to live where life is cheap, authority figures at all levels are completely unaccountable, abuse of arbitrary power is rampant, the legal system actively undermines the rule of law and casual violence abounds. This is what happens when people feel that they have no long term.

Our media, when it focuses on unluckier parts of the world at all in our infotainment bubble, tends to do so with an air of superiority, as if we were somehow innately better than those who live under corrupt regimes. They fail to note that our position at the centre of a globalized world has allowed us to cream off the surpluses of the periphery, giving us the stability required for the luxury of the long term while actively depriving others of the same. Our boom has been an aggravating factor in the culture of corruption that has taken root in so many places, but our coming bust will see these same tendencies develop in our own countries.