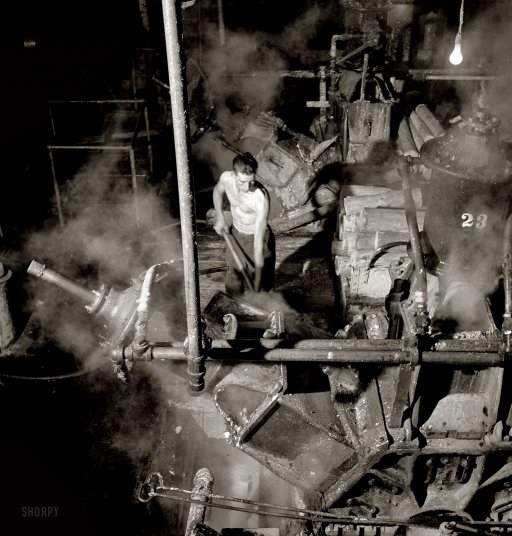 … Already long ago, from when we sold our vote to no man, the People have abdicated our duties; for the People who once upon a time handed out military command, high civil office, legions — everything, now restrains itself and anxiously hopes for just two things: bread and circuses. • Juvenal, Satire X

The ancient Roman empire left modern day politicians with a few strategic gems. Divide and rule is one. Bread and circuses is another. Bread and circuses is a strategy that works miracles; you can steal people's very seats from under their behinds as long as you keep them fed and entertained. It's, however, not a strategy that works forever. If and when people can no longer afford their daily bread and circus, they will rise up against whoever is in power. And the latter, anno domini 2012, must be well aware of this.

Which leads us to first wonder and then realize what exactly they are up to in the Europe of today.

Greece and Spain both boast overall unemployment rates of over 20%, will youth unemployment well over 50%. Against that backdrop, two developments last week demand attention, and not necessarily separately; it may be time to put these things together. First, some details from Agustino Fontevecchia for Forbes:

[..] In what Spanish Finance Minister Cristobal Montoro dubbed the biggest austerity package in the post-Franco era, the administration led by Prime Minister Mariano Rajoy presented its budget. The Iberian country unveiled plans to cut €27.3 billion ($36.4 billion) from its budget this year through a mix of spending cuts, improved revenue collection, and pension plan reform.

Spain is looking to cut an 8.5% budget deficit to about 5.3%, a €35 billion ($46.6 billion) swing according to Barclays. A few weeks ago, Prime Minister Rajoy unilaterally decided Spain’s deficit target would be less severe than the original 4.4% expected by European authorities. Beyond the budget deficit, Spain faces structural problems including unemployment stuck at around 23% amid rigid labor markets.

Protests flared up through the country, with two big unions (Comisiones Obrears and Union General de Trabajadores) organizing massive strikes to protest the austerity package. Among the sticking points were a 7% hike in electricity bills and a 5% utility bill rise. The government also pledged to cut ministry budgets by 16.9%, more than the 15% expected, and raise business taxes, while keeping the value added tax unchanged to "avoid hurting consumption," as Vice President Soraya Saenz de Santamaria explained.

European finance ministers managed to convince themselves that they needed to run both the ESM and the EFSF in tandem to gain market confidence. Adding everything together (including funds already disbursed to Greece, Portugal, and Ireland), Europe "is mobilizing an overall firewall of approximately EUR 800 billion, more than USD 1 trillion." They also pledged to commit €150 billion to the IMF in an attempt to convince the G-20 and other major economies to further capitalize the IMF in order to deal with the crisis. [..]

The news was well received by markets, even though it doesn’t put the sovereign debt crisis to sleep. Spain and Portugal are still against the ropes, along with Italy, and there’s skepticism as to how realistic their austerity aspirations will be.

The unemployment numbers I cited above are common knowledge. So is the fact that taking yet another and additional $36 billion out of the economy will push unemployment – much – higher in Spain. The only thing left to guess at then is what the tipping point is: at what point will so many people be jobless and desolate that they decide to get together and take to the streets with some form of 21st century pitchfork.

You can approach this question from an acedemic point of view, as Jacopo Ponticelli and Hans-Joachim Voth did last year in Austerity And Anarchy: Budget Cuts And Social Unrest In Europe, 1919-2009. And while their report is a nice effort, I'm not so sure myself that measuring the rise and fall in incidence frequencies of several kinds of social unrest for every tenth of a percentage point is the right approach. We are after all dealing with people and their misery here, not with mere numbers that can be adjusted to appear just right.

Still, just as Europe's leaders know that unemployment must rise when a country already down gets squeezed even more, they also know that the people of such a country must and will at some point protest such an added squeeze with more forceful means than their mere voices.

Now, the second part of that twin news item states that those same European leaders managed to come up with over $1 trillion to save EU member states, which of course should be read as: "to save the world banking system" – which holds all the shaky sovereign debt- (and especially the European part of it). Note that this comes on top of the anywhere from $10 trillion – $20 trillion already spent on that same cause. Which haven't proven sufficient, apparently. Not that that is a surprise for anyone who has for instance been following my articles on the topic.

Regardless, we know that there is another $1 trillion there. Which means that the oh so wise men and women in charge of the cash have effectively made a choice. Not a new conclusion, I know, but still one that gets a bit more emphasis by putting both sides of the choice in one and the same day and the same news article.

The choice they have once again made is to save the banks, not the people. Obviously, they work hard to convince everyone that no such choice exists. Their mantra has consistently been, and still remains, that not bailing out the banks, and not buying up all their toxic paper with taxpayer funds, will lead to collapse, armageddon, apocalypse and/or disaster.

There can be no doubt that a 50% and fast growing unemployment rate is a disaster for any society. How much worse would their situation have been had the banks been allowed to fail, and the many trillions of dollars/euros spent – in vain – to prop them up instead used to help the people whose money it is – or was, more accurately – in the first place?

What is the effective return for a society of the money (be it real, virtual, present or future) spent to keep standing upright financial institutions that have made so many bad investments – and often plain wagers – that they would fall down without artificial support? And what would, to flip over to the other side of the coin, be that effective return if the banks would have been allowed to restructure, default and vanish, and the money would instead have been spent on keeping people's deposits with those banks guaranteed, and their jobs made a higher priority than traders bonuses or shareholders' equity?

Not exactly a question we've been getting satisfactory answers to, is it? Or, to be precise, any answers at all. The political, business and media mantra never wavers: we have to prevent disaster. And little by little, in order to achieve that, a disaster is created. Invariably, every single time there's another troika announcement, or another EU emergency meeting, the loss numbers have been bumped higher than they were the last time. And invariably, this is allegedly necessary to prevent a disaster. And just as invariably, it will prove to not be sufficient to save neither the banks nor the system, let alone the day.

All we can really count on is for the numbers to rise, both for the losses and for the funds required to offset them. And as along as we keep believing the "or else armageddon" mantra, we will keep on paying more and more into that mantra. Until we no longer can. Like the 75% of Spanish youth that will soon be unemployed, and without any shape or form of a credible future. Other than one shaped like a pitch fork.

And yes, of course, as the Forbes piece quoted above states, "The news was well received by markets, even though it doesn’t put the sovereign debt crisis to sleep. [..] … equities rallied and bond spreads narrowed. Major European equity indices including the FTSE 100 (England), CAC40 (France), and Dax (Germany) rallied on Friday. Big European banks traded in the U.S., like Banco Santander, Credit Suisse, Deutsche Bank, and UBS, also rallied. ". After all, the financial markets just received confirmation that they got their hands on even more of your money.

As if to prove (and as if that were necessary) that she doesn't care about Spain's young generation, Angela Merkel told Czech daily Lidove Noviny that: "we need to agree on more general targets, for example to lower unemployment among the youth and raise the level of employment.".

And if she doesn't care, why should her compatriots? AP's Geir Moulson writes that German public workers will get a 6.3% raise over 2 years, while their Greek and Spanish counterparts either lose their jobs or see their salaries cut by double digit percentages. Excuse me, but weren't you guys in a monetary union together? In view of that attitude, why would the Spanish care about Germans any longer? They might want to consider staying home for the summer holidays.

All of the above must be common knowledge for the voices who preach the "if we don't do this, then apocalypse will surely follow" sermon, the heads of state and finance for the EU, and ECB and the IMF (plus Washington and Wall Street, needless to say). Either that or they're blind nitwits. Or bought servants.

Which leaves us with only one conclusion: The Shock Doctrine has come to Europe too.

People's capital is being taken from them and subsequently used against them. Any and all revolt and unrest that results from this, which is sure to explode soon around the Mediterranean, is anticipated to do so, and even welcomed and invited, will be beaten down with a vengeance. Disaster capitalism doesn't take prisoners. As for the future of countries like Greece and Spain, Naomi Klein perhaps says it best herself:

[..] for economic shock therapy to be applied without restraint, some sort of additional collective trauma has always been required. Friedman's economic model is capable of being partially imposed under democracy – the US under Reagan being the best example – but for the vision to be implemented in its complete form, authoritarian or quasi-authoritarian conditions are required.