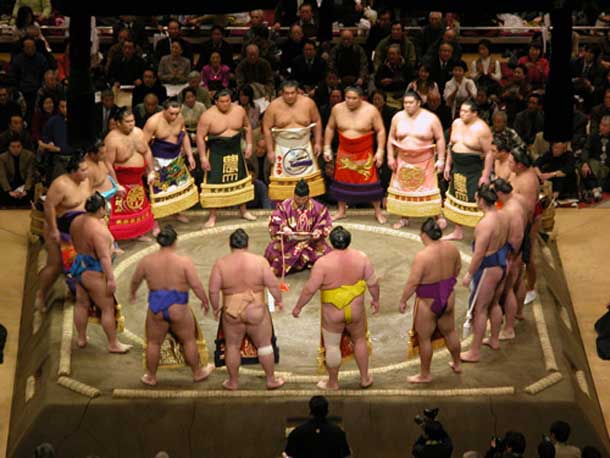 Japan is not a good example of how deflation typically plays out. As Ilargi points out, they were an exporting powerhouse exporting into the biggest consumption boom the world has ever seen. They also had a very large pile of money to burn through building their four lane highways from nowhere to nowhere, since they were the world's largest creditor when their bubble burst in 1989. This is clearly not our situation.

No one will be exporting their way out of a global economic depression. In contrast, exporters are going to feel the pain big time as their markets dry up. We can expect trade wars and protectionism to abound. Take note Germany, Scandinavia, Australia, New Zealand etc etc.

We have had the inflation, only instead of a currency hyperinflation, we experienced a 30 year credit hyper-expansion. Either one amounts to an expansion of money plus credit compared to available goods and services, and is therefore inflation. Credit is equivalent to money on the way up, but not on the way down. Credit loses 'moneyness' and credit instruments are massively devalued in a great deleveraging. This is deflation by definition and it is already underway. Debt monetization is nothing in comparison with the scale of the excess claims to underlying real wealth that stand to be eliminated.

I agree that the currency of a deflating nation strengthens. This is exactly why we have been writing about the value of the US dollar increasing, which it has done. The bottom came in a long time ago, and despite the set backs that are an integral part of a fractal market, the trend is up, and will be for some time. That's not to say it will be for the long term – far from it in fact – but for now that is the case. We have made it clear that cash is a short term bet (of the order of a few years), and that the longer term strategy is to move into hard goods at the point when one can reasonably afford to do so with no debt.

Some could do so now, while others would have to wait for prices to fall, as they inevitably do in a deflation, but not immediately. Price movements follow changes in the money supply. We have been in a counter-trend reflation since 2009, and prices have risen as a result. They may continue to do so for a while after the reflation is clearly over, but then the trend will reverse.

Prices will fall, but purchasing power will fall faster, meaning that prices will rise in real terms for most people. Those who have preserved capital as liquidity will find their purchasing power enormously increased, but most others will lose purchasing power because they will have no access to credit, highly unfavourable employment circumstances, rising property taxes and very little actual money.

The fiat currency regime will eventually descend into chaos as beggar-thy-neighbour devaluations become the norm, but not everyone can devalue at will or at once. The market will decide relative values for the next while.

Money will go from where the fear is to where the fear is not. It will be leaving the European periphery, and increasingly the entire eurozone, and flooding into currencies like the USD, the Swiss franc, the Swedish krona, and temporarily the British pound. It doesn't matter if the US is downgraded. Market participants will ignore the ratings agencies and vote with their feet on a kneejerk flight to safety.

You might think that the US indicators are much closer to the hyperinflation set-up than to deflation. I would disagree of course, for reasons Ilargi has explained (plummeting velocity of money for instance). I would also point out that people extrapolate the trend of the last three years forward, but fail to anticipate trend changes. We are in one. Many markets have topped already (gold, silver, commodities, oil etc), and the rolling top of the last year or so is about to claim the American stock market as well.

The rollover in the markets will drag the real economy down with it, with a time lag, since the time constant for changes in the real economy is much longer than for the financial world where value is virtual. We are headed into the teeth of the Greatest Depression, or at least the most significant one since the fourteenth century.

Hyperinflation is simply not on the cards any time soon. The depression will proceed for many years before that becomes a serious risk, unless you live in the European periphery that is, where currency reissue is a very real risk in the relatively short term.

In those currencies, loss of faith in New Drachmas, New Pesetas or New Lira is very likely, and the periphery countries will be cut off from international debt financing, with hyperinflationary results. That is not the situation in the US at all, and won't be for quite a long time. Eventually, when international debt financing is dead and buried, then printing will be a risk and a loss of faith in the erstwhile reserve currency could be expected.

In the meantime, debts defaults are going to skyrocket, each one doing its bit to destroy the value of credit instruments, and subtract from the effective money supply. This is already underway, and the great asset grab has begun as a result. Witness the asset stripping of Greece for instance.

In Europe, endless bailouts of sovereigns and the well-connected are doing nothing to increase the money supply or the velocity of money. In contrast, the ineffectuality of governments is doing nothing more than feeding the cycle of fear by demonstrating their impotence time after time. They are trying to overcome contraction, but are fighting an irresistible headwind. It is not going to work. Europe is already in contraction, and as fear will be increasingly in the ascendancy, that will only get worse.

Government obligations will be shed right, left and centre (by governments of the right, left and centre) because they will have no choice. Yes, this will lead to anarchical unrest, and yes, this will be met with a heavy-handed repressive response. Social polarization is very much on the cards – governments vs people, haves vs have-nots, natives vs immigrants, employers vs workers, unionized vs non-unionized, Us vs Them in general terms. This will not be pretty, to say the least. Just because it is a bad thing does not mean that it cannot happen, or that government, by their actions, can make any difference to the outcome.

Bailouts are never for the little guy. The creditors hold the political power and write the rules. They will not allow debtors off the hook. Instead of repayment in money, they will take people's freedom instead, making debt slavery much more real than it is today. Debts will not be forgiven, but sold on to more aggressive debt collectors. This is already happening in the US, where debt collection is becoming increasingly unconscionable.

Debts will only be effectively forgiven when people have nothing useful to repay, not even their labour. By then the middle classes will probably be living in latter day Hoovervilles, like the Villas Miserias populated by the formerly middle class Argentines.

Savers will have all the buying power, IF they have managed to get their savings away from dependence on the solvency of middle men. Otherwise they will likely disappear in a giant black hole of credit destruction, as yet more excess claims to underlying real wealth.