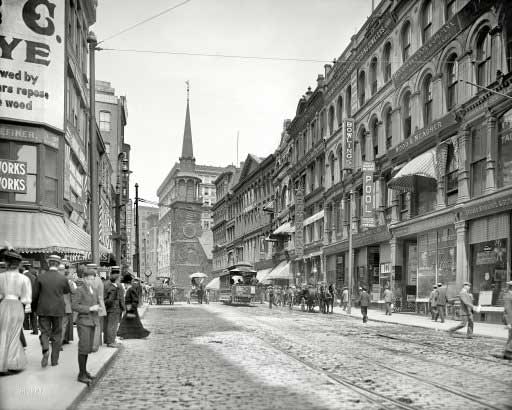 A universal strategy of large institutions is the manipulation of their “books & records” in a positive direction – i.e. one suggesting high levels of current performance and future growth. We see this happen time and again across institutions in all sectors of developed societies, private and public. Large corporations, for example, extensively use off balance sheet vehicles riddled with leveraged products to hide their exposure to risk, or various other accounting tricks to over-state their revenues/profits and under-state their costs/liabilities.

However, this manipulative strategy is even easier to identify in the governing institutions of “democratic” nations. While the phenomenon is certainly not limited to one country (the governments of the European periphery come to mind), it is perhaps most evident and widespread in the U.S. Indeed, the structures and culture of American society can almost be defined solely in terms of data manipulation for the sake of appearances, a.k.a. “public relations” or perception management. The sheer pervasiveness and momentum of these practices has made them an integral part of what it means to be a competitive institution in America.

Beat cops and detectives in your typical American city may refer to this strategy as “juking the stats”, while Lieutenants on up would probably call it something along the lines of “criminal statistics management”. When the order comes down from the bosses at the top, the “primaries” at a crime scene could be forced to conduct their investigations and label the crimes in the least publicly embarrassing manner. If the Mayor wants to run for office in a few months on a “reduced crime rate” platform (and which mayor doesn’t?), then anything but the most obvious murders may be lightly investigated and ultimately classified as “unknown deaths” or suicides. Perhaps a few bodies near the city limits will be dumped on the neighboring county.

It’s the same thing with the less than obvious rapes (already an under-reported crime), which may end up being simple assaults or no crime at all. At the same time, if the Mayor wants to appear “tough on crime” (and which mayor doesn’t?), the cops will be instructed to make arrests for offenses that usually go ignored, such as “loitering”, “public intoxication” or “public indecency”. If the city politicians want to look “tough on drugs”, then they go hard after street-level offenders with buy/bust strategies so they can put cash and drugs “on the table” (in front of the legislators and media cameras).

A very similar dynamic also occurs at the public schools districts across the U.S, and especially the relatively poor ones. The state and city officials put pressure on administrators and teachers to prepare their students for various standardized tests scheduled every year, or “teach to the test”. What that amounts to is interrupting regular lesson plans to force students into memorizing specific methods of answering multiple choice questions, so the district can put up decent numbers that save face and qualify it for some level of wasteful funding, while the students simply lose a few months of their lives each year.

All the while, city/state governments are borrowing truck loads of money to paper over any issues they can’t hide with data manipulation. When they can no longer hide the outrageous budget deficits by rolling over debt and using customized financial instruments, such as interest rate swaps, they simply shift money around from one pocket to another and hope no one takes notice. Just take some money allocated to schools in the budget and shift it to the police department, or vice versa. That’s why states like New Jersey and New York feel that they can get away with borrowing money from their pension funds to pay out pension benefits. It’s a practice that is deeply ingrained in the political culture.

What’s done in the way of data manipulation at the city or state level, however, is child’s play when compared to what is being done at the level of national governments and their administrative agencies. This manipulation is occurring with full force now because, without it, the dismal state of the global economic system would be revealed and, ultimately, almost none of these institutions would survive the ensuing “creative destruction”. They are caught in a self-reinforcing and self-defeating cycle in which the culture of manipulation takes center stage and shines.

Perhaps the most obvious example is the BLS and its monthly reports on jobs data. People who have given up looking for jobs that don’t exist are taken out of the labor force and therefore do not count towards the unemployment rate. Other people who have managed to pick up a few hours a week doing some low-wage work are counted as fully employed individuals and new additions to the economic “recovery” myth. No differentiation is made between the rate of long-term, structural unemployment, which remains a stubbornly high percentage of the total unemployed, and the people perilously bouncing back and forth between temp jobs.

Meanwhile, people continue to lose their former jobs/salaries, the economy continues to contract and tax revenues dwindle (2012 has already seen a decline in YTD federal tax revenues of ~$2bn from the same period last year). That, in turn, begets the need for more data manipulation by the U.S. government. Public debt and deficits are drastically under-stated by keeping the debt of government-sponsored enterprises, such as Fannie and Freddie, and under-funded entitlement obligations, such as Social Security and Medicare, off of the official balance sheet.

These are, of course, just a few examples of how our culture of manipulation works, and how it has been ramped into high-gear in recent years. It is not an over-statement to say that almost every piece of official data presented to the public at the state and federal level is massaged and manipulated. In the private sector, any such manipulation that is not technically illegal is taken for granted by most people; indeed, it is basically required of large corporations that must remain competitive and act in the best interests of their shareholders. People are much more willing to take heart in the public statistics, though.

Today, we were surprised with the early release of results from yet another “stress test” of the U.S. financial system conducted by the Federal Reserve. Unlike the previous tests in the U.S. and Europe, which had used extremely over-optimistic assumptions about the economy and asset valuations in their worst-case scenarios, this current one is being billed as much more realistic. It is obviously meant to soothe all of those people who are highly critical of the lack of transparency in our culture of manipulation, such as myself, as well as investors that have their money parked in the markets and financials in particular.

The Fed’s version of a standardized test looked at how the 19 biggest U.S. banks would perform in a “severe” downturn, including a peak unemployment rate of 13%, a 50% drop in equity prices and a 21% decline in housing prices. According to its results, total losses (loan, trading, counterparty credit and investment) for these banks would hit at least $534bn over this two year rough patch, and four banks would have “one or more projected regulatory capital ratios that fall below regulatory minimum levels at some point over the stress scenario horizon” (Citigroup, SunTrust, Ally and MetLife).

The price action in these financial stocks after the institutions decided to prematurely release the results would suggest that investors were thrilled with only half a trillion in losses and four banks failing. Indeed, that is a huge factor in the culture of manipulation – the ones being manipulated are eager to be told what they want to hear, or hear what they want to hear regardless of what they are told. The larger and more audacious the manipulation is, the more they are willing to believe it. Otherwise, they would be forced to confront some very inconvenient truths about their society and their roles in it.

Nevermind that these “stress tests” can’t possibly capture the various losses that would stem from their own moderately negative assumptions (peak unemployment rate isn’t much worse than it is now), let alone more realistic ones that capture a drastic economic/financial slowdown in the Eurozone, the U.K., Japan and across emerging economies. People want to feel that the state of their world at every scale can be summed up with statistics, so they are given ones that have been juked into oblivion to mold a pre-conceived narrative. The open question here is how long before the discrepancy between reality and the massaged stats overwhelms the otherwise embedded culture of the manipulated masses.

Home › Forums › Juking the Stats: Our Culture of Manipulation