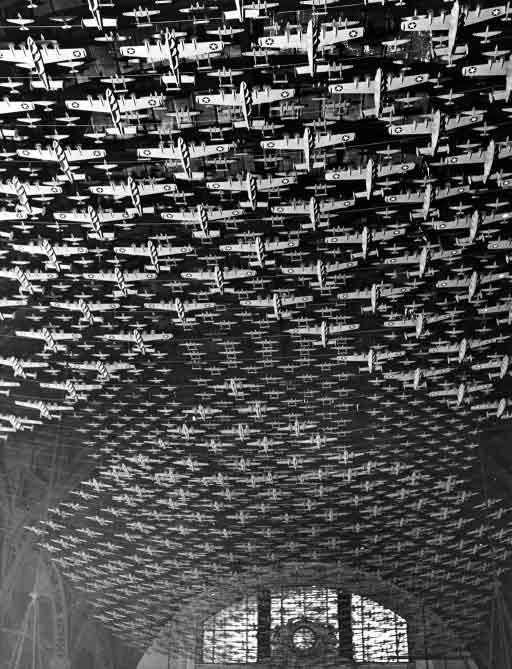 As America settles in for a three month long across-all-media screening of Dumb and Dumber, Europeans are setting up for a valiant effort to put up an even more mind-boggling spectacle. Competition is healthy, right? The world of finance hangs on ex-Goldman Sachs vice chairman and managing director Mario Draghi's lips almost as much as it sucks up to Ben Bernanke's Jackson Hole. Central bankers become ever more important simply because in the absence of honest profits they are the only source of money left standing. If you can't make it, fake it.

That this money will need to be paid for at some point in time doesn't seem to be a concern for anyone anymore, or at least it's not addressed. As far as politicians, bankers and media are concerned, it could come from somewhere anywhere they don't care. They're all convinced they won't be the ones who have to foot the bill, and the way things are going they're probably right.

Draghi and Bernanke have been anointed with the power to dole out trillions of dollars and euros more, and they'll hand it to whoever's bought the best seats in the house, claiming straight-faced that it's the only way to save the US, the eurozone, the economy and the planet itself.

Since nothing serious is to be expected from the US while the election circus is in town and no-one can seemingly get enough of the fake trapeze acts on the menu, well, unless a real hurricane or a real war blows the cheaters and liars out of their tents, we might as well focus on Europe, that other Goldman Sachs subsidiary.

Right wing career civil servant and present Spanish PM Mariano Rajoy, along with Italian career technocrat and non-elected PM Mario Monti, are attempting to bully the rest of Europe into bailing out their failed economies and banks. And on the surface this may sort of seem to work. But they are, if you look closer, trying to juggle and keep in the air far too many outsize hot potatoes at the same time.

Of course, they are trying at the same same time to solve this issue by, with Draghi's approval, throwing as many of these big hot potatoes as they can into the hands of Angela Merkel, the German Parliament and other EU political bigwigs whose deficits have yet to be exposed.

In order to have any shot at doing this, though, they need to do as much or more cheating as all the American election circus trapeze act "artists" put together. And that's not easy: there are still numbers out there that don't lie. They run a very real risk of being found out, a risk far bigger than their US counterparts, who can rely on much larger, more intricate and more sophisticated curtains and smokescreens. And besides, if you tell an Italian or Spanish farmer that he's not in Kansas anymore, he wouldn't have a clue what you're talking about. Europe is more into Hansel and Gretel. A no less perfect metaphor, granted.

And really, all it takes is to go through a bunch of news articles, pick out some details, and you know why all that time and money in Europe is wasted. It's over. Project Europe is over . The only reason why that's not acknowledged is the same old same old: banks and their debts. All the US and EU made men would rather impoverish the people than open the bank vaults. That's in fact and of course why they have risen to the position of made men: they're proven useful servants to the Dons.

That's just simply the way that technocrats and (ex-)Goldman Sachs employees think. It's not as if they have to fear – or so they reason – for their own property, their own families. They are – or feel – secure, and that makes a huge difference when it comes to deciding what to do in these matters.

If Draghi or Monti or Rajoy or Bernanke or Merkel or Obama would be under the impression, let alone have the knowledge, that their plans and decisions would negatively – to a significant degree – affect their own accumulated wealth, whatever that may be, there is not one iota of doubt in anyone's mind, including their own, that those plans and decisions would be dramatically different.

If not opening the bank vaults, and exposing the debts hidden within, would mean they themselves and their children and grandchildren would end up in situations similar to those of the people hardest hit by the austerity measures that cripple the Greek and Spanish economies, where young people have no chance of finding jobs, or those in American cities hardest hit by foreclosures and unemployment, they would simply open those vaults. Well, if they were handed the keys and had the chance to do so, that is.

On the other hand, chances are that they wouldn't be in their present positions if they had either the inclination or the power to do that. After all, you don’t become president of the Fed or the ECB if you don't like banks or bankers. And you don't work your way up to German Chancellor or President of the USA if you don't know the rules of the game. In return for obeying those rules, you know – or expect – that you will be safe, and so will your families. It’s what all made men do.

It's a trade off. One that, first, comes at the expense of those who don't have that sort of "protection" (dare we say mindset?!), and second, guarantees that those without that protection will never have any realistic shot at a fair representation in their alleged democratic systems. In that sense, Europe and America are one and the same.

Nothing we will see in the coming months will provide any real solutions to what ails either the American or European economies. There are no politicians left in positions that make any difference at all who are where they are to serve the best interests of the people they are supposedly representing. And central bankers, of course, represent no people at all; they represent industries and special interests, under the guise of being independent.

This is an issue that goes much deeper than elections or bailouts. It's not just system wide, it's system deep too. There's a virtually non-contested notion that what's good for the financial industry is good for societies as a whole, a notion that holds across entire nations, their financial and political systems and their media. And that notion is just plain and simply nonsense. But what does that matter if you manage to have everyone believe it who has any voice and any working neuron left?

Our genetically defined primal tendency is to seek instant gratification, not some hard to define long term view. The system we are part of, and are witnessing today, is ideally set up for that tendency, and that's no coincidence. We have discovered the economic – perhaps even societal – system that suits our primal brains most. What more could we wish for?

Who needs a functioning frontal cortex when you have real housewives to be had? We sit behind our ever wider screens eating our ever more instant food in our ever less affordable homes provided for with our ever less secure jobs and tell ourselves we're doing good and tomorrow will be even better. That's what we've been told to do and think, after all. So it must be good and it must be true.

There's nothing like sitting in a well heated home and having a well heated processed meal in front of a 40-inch screen that beams up smart looking people saying they have it all under control and they will make it all better, to make those nagging and debilitating fears in the back of our heads go away. Until tomorrow. But then, tomorrow will be even better. That's what we've been told, and that's what we're genetically predisposed to believe in. We are not prepared in any sense for the fact that at some point we may and must hit a big bad brick wall.

Which is exactly why we will hit it.