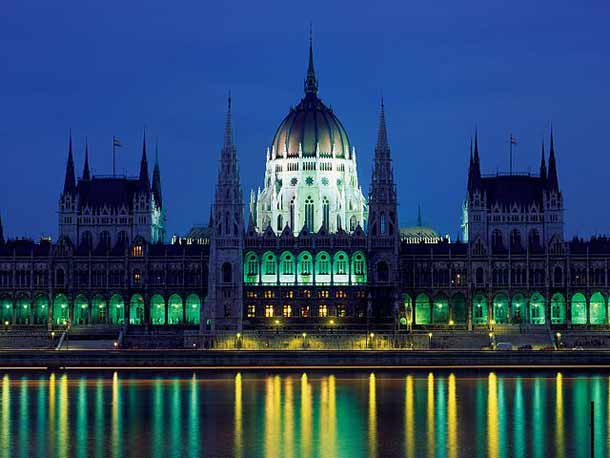 I don't know about you, but I would label my personal knowledge of Hungary as wanting, if not painfully incomplete. It's not an easy country to come to grips with, not least of all of course because Hungarian doesn't look like any western language we know with the possible exception of Finnish. I did visit just after the Wall came down, and remember huge contrasts, almost paradoxes, between rural poverty and a capital, Budapest, that was much richer than other capitals such as Prague, a leftover of Budapest's status as meeting place between western and eastern diplomats and businessmen.

The riches were not for all, though, the city center was full of beggars and panhandlers, mostly Roma. To keep up the paradox, Mercedes sold more luxury models in Hungary than just about anywhere else back then, reportedly mostly also to Roma; just not the same.

In the years since, precious little attention has been and is being devoted to the former eastern bloc countries in the Anglo press. We know most of the countries are now members of the European Union, but only a few have been allowed to enter the hallowed grounds of the eurozone.

One thing I did pick up on last year was the news that Hungary's PM Victor Orbán had thrown chemical, food and seed giant Monsanto out of the country, going as far as to plow under 1000 acres of land. Now, I have little patience for Monsanto, infamous for many products ranging from Agent Orange to Round-Up, nor for its ilk, from DuPont to Sygenta, all former chemical companies that have at some point decided they could sell more chemicals than ever before by applying them on and inside everyone's daily food. Patenting nature itself seems either unworthy of mankind or its grandest achievement. I don't care much for either one. So Orbán (who has a two-thirds majority in parliament, by the way) has my tentative support on this one.

This is from July 22, 2011, International Business Times:

In an effort to rid the country of Monsanto's GMO products, Hungary has stepped up the pace. This looks like its going to be another slap in the face for Monsanto. A new regulation was introduced this March which stipulates that seeds are supposed to be checked for GMO before they are introduced to the market. Unfortunately, some GMO seeds made it to the farmers without them knowing it.

Almost 1000 acres of maize found to have been grown with genetically modified seeds have been destroyed throughout Hungary deputy state secretary of the Ministry of Rural Development Lajos Bognar said. The GMO maize has been ploughed under, said Lajos Bognar, but pollen has not spread from the maize, he added.

Unlike several EU members, GMO seeds are banned in Hungary. The checks will continue despite the fact that seed traders are obliged to make sure that their products are GMO free, Bognar said. During their investigation, controllers have found Pioneer and Monsanto products among the seeds planted.

It's remarkably hard to find sources on this, ironically. It’s even harder, even more ironically, to find anything that mentions the Wikileaks report on the connections between the US government and the chemical/seed industry. Which is curious, in my opinion; it's not as if there's nothing newsworthy in the topic. Just about the only thing I could find was this from Anthony Gucciardi at NaturalSociety.com.

US to Start ‘Trade Wars’ with Nations Opposed to Monsanto, GMO Crops

The United States is threatening nations who oppose Monsanto’s genetically modified (GM) crops with military-style trade wars, according to information obtained and released by the organization WikiLeaks. Nations like France, which have moved to ban one of Monsanto’s GM corn varieties, were requested to be ‘penalized’ by the United States for opposing Monsanto and genetically modified foods. The information reveals just how deep Monsanto’s roots have penetrated key positions within the United States government, with the cables reporting that many U.S. diplomats work directly for Monsanto. [..]

Perhaps the most shocking piece of information exposed by the cables is the fact that these U.S. diplomats are actually working directly for biotech corporations like Monsanto. The cables also highlight the relationship between the U.S. and Spain in their conquest to persuade other nations to allow for the expansion of GMO crops. Not only did the Spanish government secretly correspond with the U.S. government on the subject, but the U.S. government actually knew beforehand how Spain would vote before the Spanish biotech commission reported their decision regarding GMO crops.

It doesn't look like Orbán and Hungary have a lot of support in their fight against Monsanto and GMO in general on the political front. But that still does little to explain the radio silence.

There was more international reporting earlier this year, when Orbán again faced up to two other major forces, in this instance the IMF and the EU. On January 1, the Hungarian parliament and president signed a new constitution into law. And it contains a number of things that the Troika members don't like. In particular, they are probably at odds with taxes levied on bank transactions, and especially central bank transactions. Not the kind of thing the IMF is likely to ever agree with. It all gets clad in protesting (the EU even threatens with courts) the independence under fire of the central bank, the media and other parts of Hungarian society.

The IMF and EU, like the tandem team of Monsanto and Washington before them, act like schoolyard bullies. It's become their standard MO, and it usually works. Portraits of Orbán as a fool, a reckless idiot and a dangerous populist, on par with that of Hugo Chavez or newly found international enemy Rafael Correa, are much easier to find than those links to Wikileaks Monsanto cables. It would be good to see Orbán continue to stand up to the IMF bullies, but he may not have that choice. They can simply financially bleed him dry, like they have so many other countries and their leaders. It's a time tested model.

So maybe we’ll have to do with a good and hearty chuckle, and enjoy his announcement yesterday:

Hungary's prime minister has long had a testy relationship with the International Monetary Fund — and on Thursday he used Facebook to unfriend the agency and reject its allegedly tough loan conditions.

Prime Minister Viktor Orban said in a video message on his official Facebook page that Hungary could not accept pension cuts, the elimination of a bank tax, fewer public employees and other conditions in exchange for an IMF loan that other officials have said could be about €15 billion ($18.9 billion). The IMF's list of conditions, Orban said, " contains everything that is not in Hungary's interests."

Orban's announcement took the markets by surprise, in part because just a day earlier he had said loan negotiations with the IMF and the European Union were going according to schedule and both sides were willing to reach an agreement. [..]

In late 2008, under a Socialist government, Hungary became the first EU country to receive an IMF-led bailout. The Orban government, however, decided not to renew the loan agreement in 2010 so it could implement its economic policies without IMF control. But the increasing weakness of the forint, the Hungarian currency, and investors' growing loss of trust in the country's economy made the government abruptly change its mind late last year, when it again sought IMF help.

Basically, what the IMF demands is what it has always demanded through the years from countries it lends money to: cut pensions, cut the public sector, cut benefits yada yada, and then privatize, open markets, and open financial systems, so international operating conglomerates can move in and divvy up the spoils – "create a more 'business friendly' environment to boost growth" -. The IMF is the poster child for disaster capitalism, no matter how you twist and turn it. And Orbán can see clearly what is being done to Greece, which is just around the corner from Hungary.

A “list of horrors”. That’s how Hungary’s prime minister Viktor Orbán described on Thursday the conditions given by the IMF / EU for a deal, via a video on his Facebook page. [..]

Orban blamed the “long list” of onerous conditions that had, supposedly, been leaked to Magyar Nemzet, a slavishly pro-government daily, on Wednesday. The list contains a number of Orbán’s most sacred political themes, including cuts in pensions, family allowances and transport perks, an increase in the age of retirement, the introduction of a property tax, the abolition of the bank and financial transaction taxes, and modifications to the flat-rate, personal income tax regime.

And here's a bit more:

Hungary threw hopes for a new loan to prop up its sagging economy into disarray on Thursday as Hungarian Prime Minister Viktor Orban rejected what he called unacceptable IMF conditions, crushing prospects for a fast agreement. Orban, in a video posted on his Facebook page, cited demands from the International Monetary Fund (IMF) for a raft of changes that he said were too high a price for Hungary to pay.

"From cutting pensions to reducing bureaucracy to scrapping the bank tax and the funds to be made available to banks, everything is in there that's not in Hungary's interest," Orban said. "The parliamentary group meeting (of the ruling Fidesz party) took the view, and I personally agree with it, that at this price, this will not work," he added. [..]

To reverse that momentum, Orban is pushing a 300 billion forint ($1.33 billion) job saving plan, partly funded by a new tax on central bank operations, a key sticking point in the IMF talks, which the European Central Bank has also criticised. [..]

"Junk"-rated Hungary faces a repayment hump in the next five quarters, with the equivalent of €4.6 billion euros falling due from its previous IMF/EU bailout alone.

It's enough of a David vs Goliath fight, or a Little Red Riding Hood vs the Wolf, to make one question the bullies. Now, I don't really know Victor Orbán, all I know is western media descriptions of him, not a very reliable source, and he could well be a bully himself. But I still like the Little Red Riding Hood story (and dislike Monsanto and the IMF) enough to give him the benefit of the doubt for now.

And besides, it's as refreshing as it is high time to talk about something else than Greece or Spain. We'll have to get back to them soon enough, after Draghi's unlimited buying bailout boondoggle yesterday

Home › Forums › Hungary Throws Out Monsanto AND The IMF