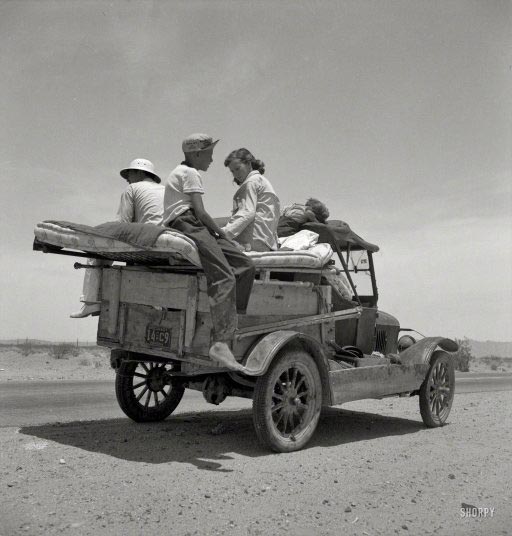 Our roving reporter VK may have become a little less roving lately, he still keeps in touch by email from time to time and we have interesting exchanges. Put together, a series of these mails paint a nice picture of what he reads and thinks about oil production, credit supply, and the place in time and space where the twain shall (never) meet. The numbers are often as absurd as they are scary. I'll keep his words in their original telegraph style format, so it all reads a bit like a Twitter file.

Other researchers put break-even price for global output at $114 per barrel. Either way, by 2020 world is going to be a very different place.

The banks have had 5 years to repair their balance sheets. Fantasy accounting means no one cares what lies beneath. So those losses don't matter. Bernanke has shown a willingness to "print" on a grand scale & he can't unwind a $3.5 trillion balance sheet ever, so he might as well keep "printing". And frankly the markets are now used to the money printing meme, Rogoff & Reinhart have been discredited, so the government can now simply pile on the debt without a care.

This must be done! Central Bankers must unleash the terror of inflation!! Wage growth, borrowing & spending. We must consume the Earth.

In the next 6 years more money must be lent out than in all the previous thousands of years of human history combined!!

This is a mathematical fact! It must happen. Bernanke wills it! And by 2033 we will need total global debt of $1900 Trillion! Long live the money printers! Moaaar!

Another way to state it is that it required $80 trillion in debt to bring 68.1 Mbpd of crude oil online by 2002 from since when the whole show began. And it will take another $130 trillion in debt for oil production to increase by just an extra 6.4 Mbpd or so to 74.5 Mbpd today.

How would you go about this? We can say that our civilisation depends on burning fossil fuels. So if 86% of global energy needs are derived from fossils, then of $130 trillion in debt (Kyle Bass's Hayman Capital), $112 trillion went towards coal, oil & gas. Of that 1/3rd went to oil, so that's $37 trillion.

Marginal debt per marginal barrel of oil is soaring!

Pretty silly analysis as usual (It's understandable, it's the immortality drive at play, escape from finity)

7.5 Mbpd is what the US produces. A 10% decline rate has to be offset every year. So in 5 years they'll need to find 3.8 Mbpd new oil + 3.75 Mbpd to replace declining production. So one new Saudi Arabia net export equivalent in 5 years?

US shale oil decline rates are crazy. 10% is being conservative. In Is Shale Oil Production from Bakken Headed for a Run with "The Red Queen"?, Rune Likvern shows that the average well in the Bakken play has a 40% yearly decline rate.

To keep production constant is going to be a monumental battle (Lewis Carroll's Red Queen runs ever faster just to stand still). The USGS issued a report recently that said all the shale oil plays in the US amount to about 22 billion barrels only. Or about 10 months of global supply. I read oil production for OPEC is down by 800,000 Bpd from this time last year. EIA has the data.

A comment I found at The Oil Drum: "Maria van der Hoeven, Executive Director of the International Energy Agency is actually a creationist and this Sarah Gardner, the author of "Does U.S. oil boom mean lower prices at the pump?", attended Carleton College where she received her bachelors degree in religion. So anti-intellectualism would be an understatement in this case…"

$233 trillion. That's what total global debt is today as per ING, 313% of global gross domestic product. And government debt is 80% of global GDP at $56 trillion.

Regarding this quote below from Unburnable Carbon Bubbles, oil output has been pretty stagnant. What was the total increase in overall energy output from 2011 to 2012 for fossil fuel companies? The marginal BTU must be huge! Hundreds of thousands of dollars per BTU if they're spending that much!

Stern said that far from reducing efforts to develop fossil fuels, the top 200 companies spent $674 billion (£441 billion) in 2012 to find and exploit even more new resources, a sum equivalent to 1% of global GDP, which could end up as "stranded" or valueless assets. Stern's landmark 2006 report on the economic impact of climate change – commissioned by the then chancellor, Gordon Brown – concluded that spending 1% of GDP would pay for a transition to a clean and sustainable economy.

Fossil fuel use needs to decline by 70pc in 7 years to prevent a 2C rise per the Tyndall climate centre at Manchester University as carbon accumulates in the atmosphere for a century!!

Also 2C is global mean, didn't know that land temperatures would rise by 3-4C in such a scenario!

Assuming US Treasury yields rise to 5% and thus assuming the global average interest rate is 7%, total debt repayment will be $26.5 trillion roughly annually.

The Guardian has gotten it wrong on China. Credit growth was 5.9x faster than GDP growth in Q1. 17 cents GDP gain for every dollar borrowed! They're approaching the US and Europe: 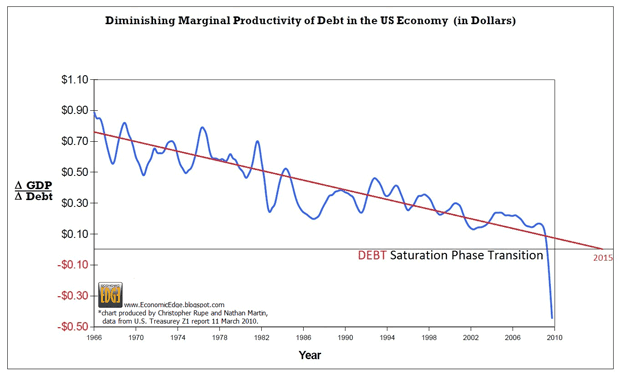 Essentially the bullish case rests on this: That in the next 10 years $370 Trillion in new debt will be created. This is to maintain the same rate of growth from 2002-2013. So total global debt rising to $600 trillion from $230 trillion today. Who's going to borrow $370 trillion?