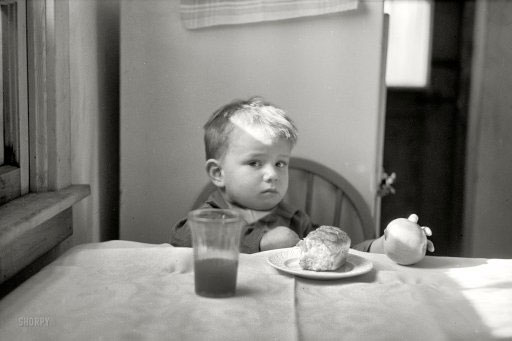 Stoneleigh: Relationships of trust are the glue that holds societies together. Trust takes a long time to establish, and much less time to destroy, hence societies where trust is wide-spread, particularly for long periods of time, are relatively rare. In contrast, societies where trust does not extend beyond the family, or clan, level are very common in history.

The spread of trust is a characteristic of expansionary times, along with increasing inclusion, and a weakening of the ‘Us vs Them’ divide. Essentially, the trust horizon expands, both within and between societies. Over time it can encompass higher levels of organization – from family to community to municipality to region to nation and beyond – so long as the expansionary dynamic continues to support it.

Within societies this leads to relatively stable and (at least temporarily) effective institutions, and bolsters the development of the rule of law. The rule of law means that law constrains the powerful (more than usual), and there is a reasonable degree of legal transparency and predictability, so that people are prepared to trust in the fairness and accessibility of justice. Naturally, the ideal is never reached, human nature being what it is, but it can be approached under the most favourable of circumstances.

Within societies, trust also confers political legitimacy (ie a widespread buy-in as to the right of rulers to rule). Where there is legitimacy, there is relatively little need for surveillance and coercion. A high level of trust (all the way up to the level of national institutions) is thus a prerequisite for an open society.

Between societies, an expansion of the trust horizon tends to lead to political accretion. Larger and more disparate groups feel comfortable with closer ties and greater inter-dependence, and are prepared to leave past conflicts behind. The European Union, where 25 countries with a very long history of conflicts have come together, is a prime example.

However, all expansions have a limited lifespan, as do the benefits they confer. They sow the seeds of their own destruction, especially when they morph into a final manic phase and begin to hollow out the substance of social structures. Institutions, whether public or private, retain the same outward form, but cease to operate as they once did. For a while it is possible to maintain the illusion of business as usual (or effectiveness and accountability as usual), but not indefinitely. Everything is subject to receding horizons eventually, and trust is no exception.

Over time institutions become sclerotic, unresponsive, self-serving and hostage to vested interests, at which point they cannot be reformed, as the reform would have to come from those entrenched individuals who have benefited most from the status quo. Institutions become demonstrably less effective, while consuming more and more of society’s resources. Corruption, abuses of power, lack of accountability and the loss of the rule of law become increasingly evident, exactly as we have seen with unauthorized wire-tapping, extra-ordinary rendition and many other actions undermining the open society. Once this happens, trust is living on borrowed time. That is very clearly the case in many developed societies today.

Trust in existing organizational structures does not disappear overnight, but ebbs away as institutions decay or the extent of their corruption is revealed. The loss of trust from higher levels of organization undermines the fabric of a society now operating beyond the trust horizon. When trust contracts, socioeconomic contraction is just around the corner. Bank runs are a particularly good example of this. People are currently waking up to the extent of the recklessness, irresponsibility and self-serving short-termism of the banking system, and realizing that reliance on top-down human promises is far riskier than they had supposed. When they cease to trust in those promises, they will are very likely to vote with their feet.

Societies in this position lose a critical pillar of support – the collective acceptance of their people. Governing institutions lose legitimacy, at which point the cost of governance increases significantly, because where there is no trust, resource-intensive surveillance and coercion develop instead. Our societies in the developed world, where institutional decay is well underway, stand on the brink of such a transition.

Where resources are scarce, as they will be soon enough, the diversion of a larger percentage of what remains towards this purpose will aggravate that scarcity considerably. This will further anger people, which is likely to lead to a downward spiral of mutual provocation and recrimination. Most of us have not seen this vicious circle of human sentiment to any great extent, but this is the natural consequence of the collapse of trust.

On the way down, as on the way up, there are effects both within and between societies, as the ‘Us vs Them’ dynamic sharpens once again. ‘Us’ becomes ever more tightly defined, and ‘Them’ becomes an ever more pejorative term. The result is division between disparate groups of people within a society, for instance the unionized and non-unionized, the haves and the have-nots, or different religious or ethnic groups. When there is a paucity of trust, and not enough resources to go meet highly inflated expectations, the risk of conflict is very high. Previously formed political accretions are at a high risk of coming unglued as they will no be longer supported by trust. The European Union should take note.

Between societies, where the existing range of divisive parameters is likely to be much larger, and where there may be a past history of conflict, the risk of conflict flaring up again rises significantly. This is especially likely if societies attempt to deflect blame for the situation they find themselves in towards other nationalities.

We are already seeing evidence of the growing anger, and the change it will usher in as the trust horizon shrinks. In the US, the Tea Party movement is the most obvious example. All major change comes from the ground-up, where the power of the collective is expressed in ways that either support or undermine the actions and intentions of central authorities. It is the interaction between the power of the collective and central authority that determines where a society will head.

The Tea Party movement is a ground-swell of public anger, very much in the tradition of major transformative grass-roots initiatives. It is exactly what one would expect to see at the brink of a collapse in the trust horizon – a movement grounded in negative emotion that both stems from a loss of trust and in turn acts to aggravate it in a self-reinforcing positive feedback loop. The danger with such a movement manifesting such powerful negative emotions is that it will precipitate a major over-reaction to the downside, commensurate with the irrational exuberance we saw to the upside. The anger is largely unfocused, and where it is specific, it is not fully-informed.

The primary target of the Tea Party is big government, but this ignores a major part of the big picture. The abuses of power we have seen are not purely a manifestation of metastatic public authority, but an expression of corporate fascism – the blending and merging of public and private interests in social control. One look at the revolving door between the banking system (where banking law is written) and the US treasury should be enough to demonstrate this.

The Tea Party movement represents largely (but not solely) the unfocused anger of people who know they have suffered, or are about to suffer, substantial losses, but do not (typically) understand the system well enough to understand why. The movement is casting about for someone to blame, as such movements always do on the verge of a trust collapse. The danger is that someone with facile populist answers will come along, offering a target for the urgent desire to blame someone for what has happened and is happening.

This is already happening, as powerful funding sources and nascent populists circle around and seek to tap into the trend for their own purposes. It is absolutely to be expected that existing top-down power structures, or political opportunists with their own agenda, will seek to hijack bottom-up movements as they develop. My primary concern is that in doing so they will lay the foundation for a society attempting to live far beyond the trust horizon, and where there is no trust, and consequently no political legitimacy, there will be surveillance, coercion and repression instead.

It will be easy for movements grounded in negative emotion to gain a foot-hold in the coming environment, as this is very much where the collective mood will lie in the aftermath of a Ponzi collapse. Blame-games will be very tempting (and populists have their own prejudicial ideas as to who should be blamed). However, this would not be compatible with maintaining the constructive and cooperative mindset we need if we are to have a hope of avoiding an over-reaction to the downside that has the potential to magnify the impact of what is coming enormously.

Personally, I would like to encourage the development of a different kind of grass-roots momentum for change, along the lines of what is being developed (albeit not nearly quickly enough so far) by the Transition Towns movement and other comparable initiatives. The key advantages that this kind of approach has are two-fold – the scope of its component activities, based on relocalization, match where the trust horizon is headed, and its driving force is the desire to build rather than to tear down.

Working within the trust horizon is important, as it means individual small-scale initiatives can benefit from the same kind of social support at a local level that larger-scale ones once did at a societal level, when trust was more broadly inclusive. Local currencies work for exactly this reason. While the task will still be difficult, it has a chance of being achievable, especially where the necessary relationships of trust have been established before hard times set in. It is very much more difficult to build such relationships after the fact, but relationships built beforehand may actually strengthen when put to the test.

Trying to maintain a positive and constructive focus at the local level, where trust has a chance to survive, and perhaps even thrive in hard times, and to avoid being drawn into a blame-game, will be an uphill battle. It is nevertheless something we need to do as a society, if we are to have a chance to preserve as much as possible of who we are through what is coming.

Home › Forums › Beyond the Trust Horizon