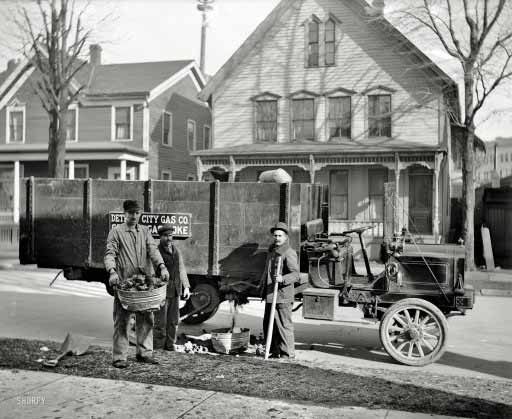 Stoneleigh: Humans are not good at the taking the long term view. Our ability to do so does vary significantly with circumstances though, depending on our perception of stability. When we collectively feel that tomorrow will be similar to today, and that we have our basic needs covered, then we are free to think about longer term concerns and the bigger picture.

In contrast, when we exist under circumstances of little forward visibility, and where we are not confident about our access to basic necessities, then the luxury of the long term disappears, and we are pitched into a state of short term crisis management.

Economics describes this parameter as a change in our discount rate. When the discount rate rises, it means that the future is discounted increasingly steeply in comparison to the present, so that today has far more value than next week, and almost infinitely more value than the far future. This has been the natural state for humanity throughout much of its existence.

The fortunate in the developed world have lived through an unprecedented period of wealth and relative peace, hence longer term concerns have made it on to the political agenda. Concern for the environment and for other species always peaks in times of plenty, as the discount rate falls and people take on broader and longer term concerns. Unfortunately, this state is unlikely to last, meaning that the environment is not likely to retain its current level of protection, and that level is already insufficient to prevent continued degradation of our natural capital.

It is not just hard times that lead to a rise in the discount rate, it is times of uncertainty. In recent years, the world has been changing at such a rapid pace, that economic visibility has already contracted substantially. Even though the trajectory has been positive for much of the time (assuming you regard increasing material wealth for the few as positive), the rate of change has been uncomfortable for many, and has required people to be more and more fleet-footed in order to keep up.

Consequently, the number of people able to participate in the advance has been falling and the scope of that advance has been narrowing. More people, and companies, and sectors of the economy, and even countries, are falling off the back of the accelerating treadmill all the time.

As uncertainty has increased, there has been more and more emphasis on gaming the system in order to wring a quick profit out of it and less and less emphasis on productive investment, as productive investments have too long a time horizon to deliver gains in a world proceeding at a frenetic pace. This has been going on for years, and has led to our current milieu of casino capitalism, or ponzi finance.

This system of money chasing its own tail in ever tighter circles is clearly unstable, and I would argue is about to self-destruct under the increasing pressure of its own internal contradictions and the catabolic (self-consuming) process taken past real limits. As it does so, the pace of change will becomes even more rapid for a period of time, and coupled to that will be increasing hardship for a critical mass of people.

Up to now, where those who have lost out have not been a critical mass, their plight has been essentially invisible to a news system written by the winners, but that will change as the numbers affected increase dramatically.

The implication for discount rates is that they are about to shoot up from a level that is already too high, and that therefore people will collectively cease to value the future. This state is not conducive to rational or intelligent decision-making or the weighing up of alternative courses of action. It is a psychological environment favouring crisis management and simplistic knee-jerk reactions. Sadly, people in this collective state of mind are more subject to simplistic answers proposed by populist manipulators, and are all too prone to vote against their own best interests.

What we need to do is to take actions now to reduce our exposure, and the exposure of as many people as possible, to the risks inherent in the system as it has developed over at least several decades, if not longer. This is of course much easier said than done. Following in the advice in The Automatic Earth lifeboat primer – on reducing debt, holding cash, gaining some control over the essentials of one’s own existence and, above all, building community – is the best way of taking enough mental pressure off in the future to enable people to hang on to an appreciation for the longer term.

The greater the number of people who do not have to worry where their next meal is coming from, the greater the number who will be able to keep their heads and retain the luxury of the (relatively) long term. This is important not just for them, but for others as well. The human over-reaction to adverse events typically has a greater impact than the adverse events themselves. We need to do whatever we can to blunt that over-reaction for the sake of holding our societies together in a highly uncertain future.