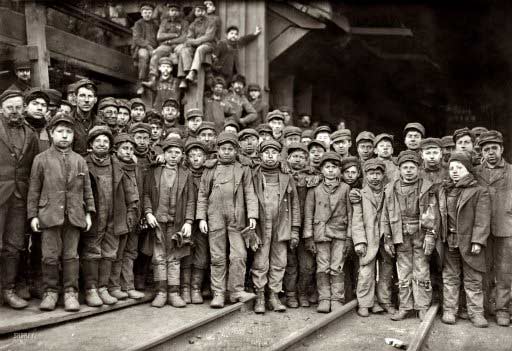 The President of the European Central Bank, Mario Draghi, looks more and more like the bad guy from the B-rated horror movie series Saw with every passing day. Jigsaw was his name. Or maybe I should say “is” his name, because that series apparently never ends just like the tortured European sovereign debt and banking crises. For those unfamiliar, the premise behind the movie was that Jigsaw would create extremely uncomfortable situations for people, both psychologically and physically, and then watch how they react.

It started off with people who had to saw off their arms, gouge out their eyeballs or murder another person to escape from some sort of death trap. The second movie made the scenarios more complex and had people shoving other people into pits full of dirty needles to reach a key that unlocks a door in a house that leads to yet another booby-trapped room. There were another five or six movies after that one which I didn’t feel inclined to watch, but I imagine the premise didn’t change much.

It was all originally supposed to be about an old cancer patient (Jigsaw) who teaches others about the true value of life in clever ways, but was really just about another pathetic, sadistic man who manufactures impossible situations and gets off on watching other people suffer. Sounds a lot like what’s going on in Europe, huh? By now, everyone and their pet dogs are familiar with the pan-European motto – AUSTERITY OR DIE!

We cut off the limbs to save the core and throw our fellow man under the bus, because they tell us that those are our only collective choices. Mario “Jigsaw” Draghi, especially, has been cast in the role of the wise old man who serves as the “neutral” arbiter of the European Monetary Union. However, when we look beneath the surface, it is clear that he is anything but neutral, and is simply running a rigged game for the benefit of the major European banks (with the willing aid of technocratic politicians such as Lucas Papademos and Mario “Three Card” Monti).

Draghi constantly repeats the message that fiscal/structural adjustment (austerity) is both the only and the best way to preserve the finances of peripheral EU nations, and miraculously make them competitive in the global economy. That is a false choice, plain and simple. The goal should not be to preserve the Eurozone in its current form, because that only benefits a very small and elite group of corporate executives. Requiring painful austerity in the name of that goal is nothing more than a torturous and sadistic exercise involving millions of people, under the guise of acting under some sort of eternal economic wisdom.

While the Eurocrats like Mario preach on about the virtues of responsible finance, they will simultaneously bail out large financial institutions who have clearly been the most reckless lenders AND borrowers of them all. What else do you call it when the ECB gradually cuts its interest rate for bank loans to zero, subsidizes unlimited euro for dollar liquidity swaps with these banks, purchases their toxic assets on the secondary market, accepts all manner of distressed collateral from them and makes up its own rules as the game progresses?

Most recently, the ECB has decided that it will simply swap the Greek bonds on its balance sheet for entirely new ones that are immune to collective actions clauses, which means the ECB will not be forced to take any losses on its Greek bonds while investors in the private sector will. Some analysts have already pointed out that this move makes a mockery out of existing contract law and will further crowd out private investment in peripheral sovereign debt. That is certainly true and the reason is outlined below by Joseph Coterrill for FT Alphaville.

There’s been an enormous, justified fuss over the ECB swapping its Greek bonds held in the Securities Markets Programme. Ultimately though it is – in practical terms – about getting away with the least egregious level of seniority for the ECB now, not avoiding ECB seniority altogether.

The exchange is to stop the bonds getting retroactive collection action clauses (thus, exposing the SMP to forced losses) in a Greek parliamentary vote likely to be held next week, as part of the “stick” in the PSI offer to bondholders.

The ECB’s swapped bonds will be just like the old ones, sharing the same payment features etc, except (effectively) the bonds’ serial numbers are getting filed off. It’s probable that the legislative act will list the Greek law bonds to be CAC-ed by their series or ISIN, which would have swept up the ECB’s holdings. No other holder gets to ghost out like this.

It’s perhaps not so much that losses would be forced on the SMP – but that they would be heavy or in line with the PSI’s 75 per cent haircut to net present value. Thus below the SMP’s purchase price. The central bank treats that kind of loss as monetary financing (see Draghi’s points in February’s press conference.) Friday’s swap has reportedly switched the ECB’s bonds at par, thus generating a paper profit for the SMP.

Draghi has made this an issue of adhering to treaty restrictions against direct financing of Eurozone governments, but the real story here is yet another one of preserving the status quo financial system. The ECB has purchased about €56 billion worth of Greek bonds under its SMP program in 2010 at 20% discounts to par value, and analysts generally conclude that its participation in the PSI at 75% would lead to a loss of about €10-15 billion, which is a decent amount. However, the real threat would be the precedent set for its much larger combined holdings of Portuguese, Spanish and Italian bonds, which total about €160 billion.

It is… very difficult to see what the alternative was.

What could you do instead?

a) Let Greece write its law specifically excluding the ECB by name, rather than allowing its holdings to silently drop out via the ISINs

b) The direct route: Let Greece go ahead and insert retro-CACs into the ECB’s holdings

We think a) would have made the ECB’s seniority much more egregious. For b), certainly the momentum of PSI is maintained… at the expense of throwing the central bank into legal risk and probably, serious infighting as a full EU Treaty violation hoves into prospect. How long would the entire SMP portfolio last in that scenario. It’s c) that seems a total non-starter; a negotiated write-down is already hanging by a thread given the attitude of northern eurozone governments.

The original purpose behind the Greek PSI program was to keep Greece from defaulting on its debts in a “disorderly” manner, exiting the Eurozone and triggering financial contagion throughout European bond markets. If the ECB is forced to take a haircut on its bond holdings as a part of this process, then that drastically increases the cost of maintaining the Eurozone ponzi to core countries such as Germany. It would render the secondary markets purchases of peripheral bonds by the ECB an act of on-boarding credit risk and transferring it to the core without really making any new long-term credit available to distressed sovereigns.

Once the solvency of the ECB is called into question, the game is up and the major European financial institutions lose their explicit and implicit backstop of last resort (the central banks of the Eurosystem and the German Treasury), which then leads to a banking crises many times worse than that of 2008. So this latest maneuver by the ECB is really nothing more than a means of extending and pretending for as long as humanly possible. It is true that no official sector haircuts also increases the direct cost of bailing out Greece, but, then again, the decision may have already been made to let Greece exit the EMU after its debts are restructured.

Dimitrios Giannopoulos of Athens News has also discovered that the ECB bond swap may simply add another €60 billion of fresh debt to service onto the Greek government’s balance sheet and, therefore, the Greek people (via ZeroHedge).

But the confidential GLK document notes that the parallel ECB bond swap at par value must also be financed by the EFSF and added to Greek debt.

“The old ECB bonds will be transferred to a treasury account of the Greek state for the duration of the PSI bond swaps, and will therefore be charged on the level of Greek debt by the additional amount of 56.3bn euros,” says the GLK document.

This means that the funding of the 56.3bn euro ECB “bond swap” must be “financed” by the EFSF together with other components of PSI funding under the second EU-IMF bailout plan for Greece whose exact size remains to be decided by the Eurogroup in today’s meeting of the 17 finance ministers in Brussels.

It’s very unlikely that any EU/IMF bailout plan will actually account for this additional debt burden of Greece, and this is perhaps yet another way of making sure that Greece is forced out of the Eurozone when it inevitably fails to reach “sustainable” debt/GDP levels. The bailout money, which is now proposed to be held in escrow until Greek somehow meets the impossible terms of its deal, will never make it to a single living soul in Greece. It will, however, make it directly to the banks, since the escrow condition will not restrict payments for interest on debt, which has now grown even larger courtesy of the ECB.

While the Troika, Greek politicians and its private creditors continue to perform their kabuki theater, Mario Draghi is doing everything he can to make sure that the ECB will be able to preserve the Eurosystem’s banks no matter what temporary deal is or is not reached, with or without Greece. That is obviously what a central bank does, and Draghi realizes there are many more players out there who will submit to his game even after Greece defaults (see Portugal, Ireland Spain and Italy). The only thing that stands in his way now is the sheer complexity and speed of the situation in credit markets, as well as the public squares.

That’s what Jigsaw would tell his victims in an unsettling tone before he set them loose in a torturous maze with only a few very painful options available to choose from. Only one person survived these games and she became Jigsaw’s protégé and assistant, but probably ended up dying later in some ill-conceived plot line (I have no idea). The fact is that this is real life, and while the Euro crisis and GFC in general may be almost as constricting and needlessly torturous as the frames of a B-rated horror series, the victims do have at least some chance to tell the bankers, bureaucrats and politicians – “TOO BAD”. We don’t want to play your game anymore, and we won’t.

Home › Forums › The Torture of the European Periphery