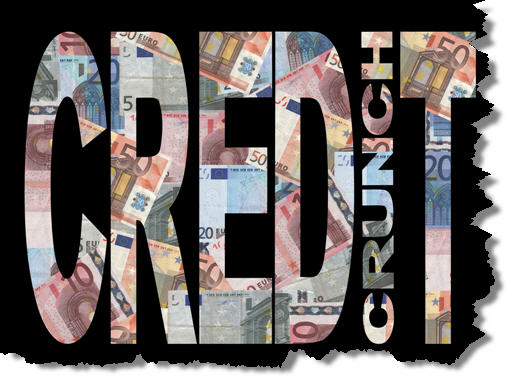 2008 was a practice run, or a warning shot across the bow, compared to what is coming over the next few years.

2008 did not demonstrate what a liquidity crunch really means, but this time we are going to find out. As with many aspects of financial crisis, Greece is the canary in the coalmine, demonstrating what happens when liquidity disappears and it ceases to be possible to connect buyers and sellers or producers and consumers.

Greece stands on the verge of an energy crisis caused not by lack of energy, but lack of money within the energy sector. This will become a common refrain throughout Europe and beyond in the coming months and years. Loss of liquidity has a cascading effect on supply chains, causing them to seize up.

For a long time, money will be the limiting factor, and finance will be the key driver to the downside, just as was the case in the Great Depression of the 1930s. Resources will remain available, at least initially, but no one will have the means to pay for them during a period of economic seizure. Harry Papachristou has this for Reuters:

Greece's power regulator RAE told Reuters on Friday it was calling an emergency meeting next week to avert a collapse of the debt-stricken country's electricity and natural gas system.

RAE took the decision after receiving a letter from Greece's natural gas company DEPA, which threatened to cut supplies to electricity producers if they failed to settle their arrears with the company.

Greece is seeing a similar dynamic unfold in relation to pharmaceuticals. Reimbursement arrears from the public sector payment system are building up, pharmacies can no longer offer credit, and people are going to have to pay up front for medicines or go without. Many will be going without. Masa Serdarevic writes for FT Alphaville:

Greece: when the drugs run out

The country's pharmacies are owed 500m by the state-backed healthcare insurer, according to reports. From next week patients will have to stump up the cash for their medicines upfront, and then claim a reimbursement from the National Organization for Healthcare Provision (EOPYY).

It doesn't take a genius to figure out that a) medicines tend to be very expensive, b) so paying for them may be very difficult for a lot of people, especially pensioners. And c) if the EOPYY is having trouble paying the pharmacists, it's unlikely to find it any easier to reimburse individuals.

In recent months pharmacies have promised to halt credit to patients unless they get paid, and the EOPYY has thrown some money their way. But its arrears are rapidly rising and clearly the pharmacists can only provide so much credit.

Government attempts to reduce their cost burden are only making matters worse. Parallel trades are developing, with medicines priced artificially low in Greece being sold elsewhere for more. When arbitrage is both possible and profitable, it will happen. Naomi Kresge reports for Bloomberg:

The reasons for the shortages are complex. One major cause is the Greek government, which sets prices for medicines. As part of an effort to cut its own costs,Greecehas mandated lower drug prices in the past year.

That has fed a secondary market, drug manufacturers contend, as wholesalers sell their shipments outside the country at higher prices than they can get within Greece.

Strained government finances only make matters worse. Wholesalers and pharmacists say the system suffers from a lack of liquidity, as public insurers delay payments to pharmacies, which in turn can't pay suppliers on time.

Reimbursement fraud compounds the drain on the country's health resources, Richard Bergstrom, director-general of European Federation of Pharmaceutical Industries and Associations, said in an interview. Drugs shipped elsewhere yet submitted for reimbursement to public insurers as if they had been prescribed to patients cost Greece more than 500 million euros a year, Bergstrom said, citing figures he said he got from the Ministry of Health.

In a later e-mail, Bergstrom said he had personally seen packs of drugs with Greek reimbursement stickers on the market outside of Greece, suggesting that exporters were reimbursed and able to ship the packs abroad.

"If the pack is exported, the exporter is obliged to 'cancel' the code, a bar code, by using a black pen," Bergstrom wrote. "But this is not monitored."

Greece's problems are going to increase the more a currency reissue is seen as probable.

Already Greek citizens are delaying payment of taxes, on the grounds that they may be able to pay later in heavily devalued new drachmas. This, of course, worsens the ability of the Greek government to meet its obligations, causing a greater shortage of liquidity and strengthening the power of the self-fulfilling prophecy.

The political risk resulting from the new round of elections – a referendum on austerity measures -is a major stumbling block. Brinkmanship of this kind heightens market insecurity and therefore fear, and fear is catching. Greek political opportunists are holding the members of the eurozone to ransom, threatening to stop making debt payments if future tranches of support are not forthcoming. From Martin Straith at the Trendletter:

According to recent opinion polls, Tsipras' party is poised to win the most votes in repeat elections next month, bettering its surprise, second-place finish in an inconclusive May 6 vote that left no party or coalition with enough seats in parliament to form a government.

Tsipras says that, if push comes to shove, Greece can manage on its own. By not paying its debts, the country will have enough cash to pay its workers and retirees. He also proposes cuts in defense spending, cracking down on waste and corruption, and tackling widespread tax evasion by the rich..

But a massive unions-led civil disobedience movement against this "injustice" scuppered that and a ruling that it was illegal to disconnect people's electricity supply for non-payment sent the collection rate even lower.

Now the power company is not getting the revenue from the electricity bills and it has now had to be bailed out by the government to avert a nationwide energy crisis.

In addition, international insurers are suspending coverage for shipments to Greece on the grounds that the risk of non-payment is unacceptably high. This will compromise the ability of Greece to obtain all manner of imports.

Trade insurers have been reviewing their Greek exposure ahead of the country's June 17 general election, seen as a potential trigger for a euro exit if victory goes to parties that oppose spending cuts agreed under a European bailout deal.

"There are smoke and flames coming out of Greece but we don't know if it can be put out, or if the Greeks will pour oil on it by voting against restructuring and austerity."

"The trade credit insurers are saying if, as a result of the election a government comes to power that is committed to overturning the austerity package, even the very best of companies in Greece will no longer be able to pay their debts as they fall due," he said.

The drawn-out, yet inevitable, Greek exit from the eurozone is prolonging the agony, while leaving the country open to being asset stripped. The same process has played out many times before, but humans are resistant to learning the lessons of history and applying them to their own situation.

What is beginning now, or more accurately resuming now, is already familiar to the citizens of Russia or Argentina. We can expect payments to dry up, notably public sector obligations. In Russia people went to work anyway, despite being paid months late, if at all, because they had much less dependence on liquidity for rent and utilities.

In Greece (and later elsewhere in Europe and the West in general) this dependence is far greater, and the impact of the loss of liquidity will be far worse as a result.

Europe is at the epicentre at the moment, but contagion will ensure that the dynamic will spread. In the European context, we are likely to see the liquidity crunch currently focused on the periphery spread to the centre.Initially the centre appears to be perceived as a safe haven, but probably not for long as the systemic risk associated with the single currency becomes increasingly apparent.